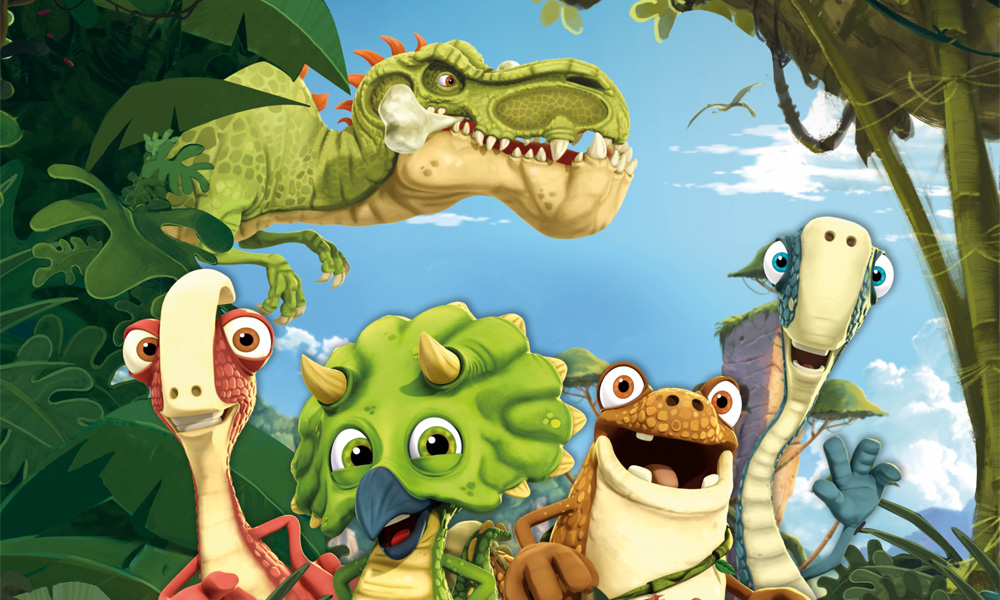 Cyber Group Studios has teamed up with Outright Games to create a new playable title inspired by animated series Gigantosaurus, which launched in January on Disney Channel U.S. The video game will be available for PlayStation 4, Xbox One, Nintendo Switch and PC.

“Cyber Group Studios is excited to build on the television series and expand the franchise to video games with Outright Games. With their considerable expertise in the family market, we know they will deliver a game that will bring Gigantosaurus to life in a whole new way and further captivate fans around the globe,” said Pierre Sissmann, Chairman and CEO of Cyber Group Studios.

Based on the bestselling book by world-renowned author Jonny Duddle, Gigantosaurus is a full-CGI comedy-action series produced by Cyber Group Studios which brings preschoolers along on the adventures of four young dinosaur friends as they explore their prehistoric world and the mystery of Gigantosaurus — the biggest, fiercest dinosaur of them all. The series will be broadcast on Disney Junior worldwide (excluding India, China and Taiwan) and major broadcast networks around the globe, including France Télévisions, Super RTL (Germany), RAI (Italy) and SRC (Canada) as well as on Netflix in the majority of territories worldwide.

The Gigantosaurus video game, created by Outright Games in partnership with Cyber Group Studios, will feature the four dinosaur heroes — Rocky, Bill, Tiny and Mazu — in a new action-packed story. Geared towards kids and families, the debut game brings players directly into the world of Gigantosaurus as they zoom through the stunning series-inspired locations and engage with the storylines.

Established by industry veteran Terry Malham in 2016, Outright Games brings a wealth of experience in creating and publishing high-quality interactive family entertainment, including with licenses such as How to Train Your Dragon, PAW Patrol and Adventure Time.

“We are thrilled to partner with Cyber Group Studios on this exciting new IP. Their commitment to producing stories that delight and help children across the world grow is second to none,” said Malham. “We look forward to combining our expertise in producing high-quality family entertainment to create a fun game for the whole family to enjoy and play together.”