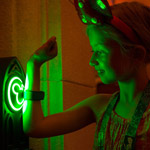 Jared Psigoda, CEO of BitGuild, noted that the gaming community has been using digital currency and tokens for over a decade, with games such as World of Warcraft issuing hundreds of millions of dollars in digital gold to buy in-game assets such as swords and dragons. In-game purchases with digital money accounted for over $50 billion last year, and drove “free-to-play” (F2P) games, which were the largest segment of the$108 billion video game market, according to SuperData.

Below, we continue to explore 10 different strategies for game developers to benefit from blockchain:

6. Support LBE. Location Based Entertainment refers to interactive VR games and other content typically served up in dedicated sites such as shopping malls, arcades or theme parks. Hundreds of millions of dollars are being invested in LBE. The VOID by Disney is one of the larger projects, partnered with Lucasfilm and ILM to bring Star Wars-branded experiences to Disney resorts. IMAX opened its first VR center in 2016, and China’s Shanda Group is investing $350 million in a VR theme park. HTC’s Vive headsets will be featured in many centers, as it has partnered with Warner Bros. and Steven Spielberg to distribute LBE experiences based on the Ready Player One sci-fi film, and is promoting its Viveport platform to create VR content. Vive partnered with GOME Group to install 2,000 LBE centers in more than 400 Chinese cities.

LBE sites typically allow 3-4 players to walk through at a time, although VRstudios of Bellevue, WA now enables an 8-player arena. Gamers usually wear VR headsets with high-rez video and audio. They may also get “4D” VR with additional sensory experiences, including touch or pressure from virtual objects via haptic handpads or “smart” vests, wind, fog, cold or heat, rain, ground rumbling and smell. Each gamer has one or more wands or weapons to interact with the game. LBE areas are usually walled off so they resemble a rat’s maze or a paintball arena. GPS and sensors enable players to see each other, and track precisely where weapons or spells are being directed.

Home VR took off more slowly than planned, with many gamers hesitant to spend over $800 for required hardware. Game companies believe that LBE centers may be ideal to get players hooked on the experience, at a time when VR costs are coming down.

Content includes video games, custom “experiences” which may be based on popular films, and VR 360 videos of global scenery. Head mounted displays (HMDs) are standard, but mobile devices for augmented or mixed reality are also used. Gamers have a choice of FPS (First Person Shooter) or RPG (Role Playing Games). Team challenges are popular.

One challenge for LBEs is creating new content—gamers are unlikely to spend $20-$50 admissions over and over for the same VR experience. Another is improving the interface — I tried several LBE sites, and they all lacked clear instructions, leading to a lot of questions. I was also surprised there were no giant signs to MOVE SLOWLY! Like jerking a video camera while filming, rapid movements of a head-mounted device can quickly lead to nausea.

A new area is mobile LBE, using mobile devices to experience adventures and team competitions with AR overlaid on selected locales such as parks and tourist sites.

Blockchain can benefit LBE sites by providing cybercurrency for admission and in-game items, for keeping content and player information secure, and offering bonuses such as loyalty tokens for frequent players or high scores.

7. Content or services. Companies such as DreamTeam and MyDFS offer services to online game companies, sometimes called BaaS (Blockchain as a Service), ranging from help with getting started to providing gateways for competitive gameplay with scoring and payments. Kraken was at the GDC offering its exchange for buying, selling and trading Bitcoin and Ethereum cryptocurrencies for real-world fiat including USD, euros, and UK pounds. Its manager mentioned that they’re in a rapid growth and hiring mode.

Some companies offer non-entertainment content with game-like qualities such as user interaction, gamified interfaces and leaderboard scoring. As an example, I produced animated online educational games with gamified testing/competition for the US State Department and other agencies operating in dangerous countries. These replaced booklets (which nobody read) on topics such as “What to do at roadblocks,” “How to look for vidcams in your hotel room,” “Checking your car for explosives,” and, “Responding to kidnappings.”

Such content needs secure online delivery to deny access to bad actors, terrorists and insurgents getting more skilled at hacking, according to the US CIA. Blockchain can provide such security, as well as smart contracts to track how often or how long your services are used, and then bill appropriately.

Another example of gamified content is advertising, including ads delivered in-game or in lobbies, game waiting or assembly areas. Existing online ads are generally murky in telling sponsors how much was spent for each ad vendor, and what resulted. TRUTH, a London-based startup agency, stated it ran the world’s first blockchain-enabled ad campaign in March of 2018, and that it solved this problem. CEO Mary Keane-Dawson, said, “Blockchain in advertising is not 10 years away — it is here today. It is fast enough, it provides the view that advertisers are demanding, and it will deliver a cleaner media supply chain with 100 percent transparency.”

8. New internet tech. Several new technologies will interact with blockchain for games, according to enthusiastic experts, and leverage its features of military-level security, ability to track and manage vast numbers of people and objects, make financial transfers cheaper and in smaller amounts, form communities, and conduct transparent business transactions.

The Global Positioning System (GPS) is slated for a major upgrade in 2018, according to Broadcom and IEEE Spectrum, improving the existing accuracy of 15 feet to 30 centimeters, or just under one foot. This will spur games with geolocation, for implementations including sports, tourism, and mobile LBE.

A second technology, the Internet of Things (IoT), enables not just computers, but trillions of other objects to be connected. For instance, a player could have dozens of sensors with computing, storage and geolocation power on both his/her body and equipment such as skis or skateboards, allowing a game to precisely track his/her movements over time. Sensors in wrist bands and smart clothing can monitor heart rate, emotions and other physical states. Future games will use a player’s body location, attitude and state as input, rather than just a mouse or gamepad. I worked on a NASA game with sensors that required a certain heart rate over time for ammo reloads and power-ups, to motivate exercise in the Space Station. Blockchain’s security features will be especially important for such mobile games, at least on Earth.

GPS and IoT will combine in games for real-world tourism or photorealistic travel, where players can find spots or items in the game to earn tokens and bonuses; this can be easily monetized if the spots are restaurants or stores. Disney is betting on its MagicBand, a wearable sensor band that tracks locations and behavior, and allows a theme park visitor to make a reservation and then be welcomed like a VIP by a host who knows the guest’s name and preferences (“Welcome, Mr. Skinner!”). The band also enables payments and upgrades throughout Disney parks and hotels.

A third new technology is Internet Protocol version 6 (IPv6), which has been mandated by the governments of the US, China, and much of the EU. Its 128-bit address improves on the original Internet’s strict limits on addresses — it enables essentially all the people, cars, computer chips, sensors, etc. on earth to have a unique address and form link-local groups, collaborative local communities. Blockchain combined with IPv6 has been described as a much-needed solution for features of online casino games, which are growing at an astonishing rate.

Last but not least, the new Interplanetary File System, IPFS (yes, seriously), is described as the “perfect complement” for blockchain, and can greatly reduce needed bandwidth while increasing online video and gaming speeds.

9. eSports. eSports are growing virally. Juniper Research predicts, “eSports will have bigger audiences than the NFL by 2020.” USA Today reported, “More people watch eSports than watch the MLB World Series or NBA Finals.” Professional teams play MOBA (Multiplayer Online Battle Arena) games in large digital areas, with thousands of viewers watching personally in physical stadiums and millions watching online. Many are Third Person Shooters (TPS), 3D games in which a player’s character is visible from a POV behind and above the avatar. The two most popular eSports games have been League of Legends (Tencent) and Dota 2 (Valve).

Blockchain can enable monetization of such games, by providing secure channels for buying tickets and in-game items. Hot properties such as a sword used by a game’s MVP can go for many thousands of dollars. Players also bet on game outcomes, either directly on a team or via Fantasy Sports leagues, where the winners are decided by the statistics of the “fantasy” team they have assembled, as is done for real-world sports. The legalities of such betting are still being worked out, but it’s clear that: a.) Blockchain is an ideal medium for such financial transfers; and, b.) There are already huge amounts of money being bet, and much more is expected.

A major growth area is mobile eSports. Unlike professional eSports tournaments between trained teams, these can be between amateurs, playing against each other for short periods over mobile devices. This is new because cell phones have only recently become powerful enough to support multiple players duking it out as teams in gaming worlds. Such games typically use click-based controls via touchscreen displays. A typical game pits 6 vs. 6 players against each other for 20 minutes, although 3 vs. 3 5-minute matches are possible while waiting for a bus. Many games have a $2 entry fee, and winners get $10-$20. For larger-scale games, prizes run to thousands of dollars and include cars and vacations.

An interesting aspect of such mobile gamers is that 70% are women. Seven of the top 10 players in 2017 were women, who won most of the $2.7 million in prizes. The top two winners were yutourmaline, with $420,994, and KatieNguyen, with $380,984. A dominant platform is Skillz, with mobile games such as Mahjong, Sugar Rush, Pocket Pool and Archery Gold. CEOs of cryptogaming startups all agreed that blockchain’s security features may be especially useful for mobile eSports games.

10. Community formation. An attractive feature of blockchain is secure community formation around games or gamified interfaces. Gaming has a wealth of experience with creating and supporting global communities on a 24/7 basis, perhaps more than any other business. Blockchain technology has been described as ideal for this, as it can provide secure communications and enable formation and support of groups with its DAO (Distributed Autonomous Organization) feature.

Members of the GDC’s blockchain panels agreed that, “Hundreds of millions of dollars will flow into the cryptogames industry in 2018.” They cautioned that the blockchain-enabled games business is still in its infancy — although there’s a lot of potential, so far only a few applications been proven profitable. When asked what the most successful blockchain gaming startup was last year, panelists were unanimous: Axiom Zen’s CryptoKitties. The company is now launching into mobile as well as China and Taiwan markets, according to its CEO and founder, Benny Giang, a panel member. He partnered with Hong Kong-based Animoca Brands, whose Garfield game garnered over 30 million downloads. Special kitties will be designed by artist Momo Wang (creator of Tuzki), who will be able to profit from global sales of his works.

Panelists agreed that game developers should check out new possibilities for jobs and funding via blockchain, but ought to avoid the extant FOMO (Fear of Missing Out) Fever. They also said many existing game worlds still block coins from outside sources, and permit only their own electronic currencies. An upcoming gaming conference specializing in blockchain is Blockchain Gamer Connects, in San Francisco May 14-16, 2018. 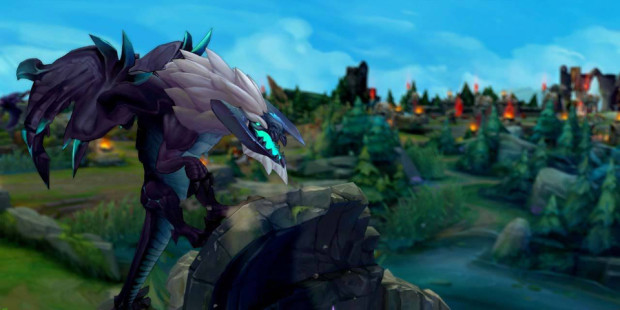 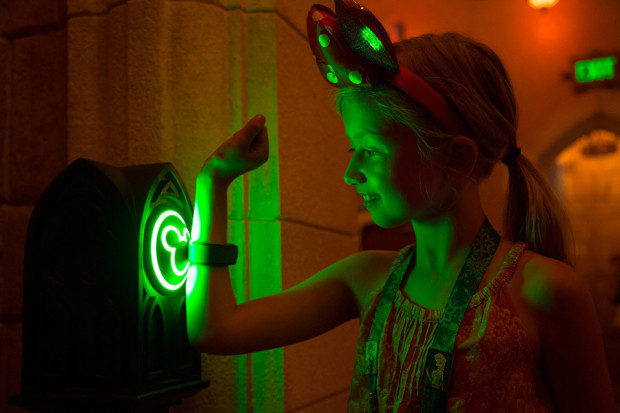