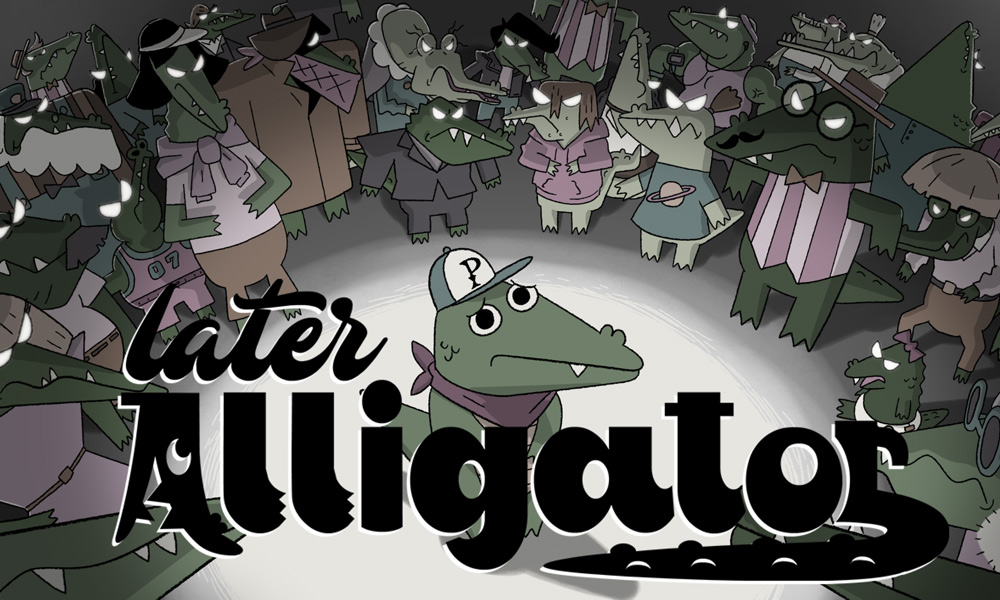 A snappy new 2D animated comedy-adventure game Later Alligator has been announced, perfect for fans of intrigue, cartoons and large reptiles. The project is a collaboration between Emmy Award winning SmallBu Animation (Adventure Time, Baman Piderman) and indie developer Pillow Fight (Heaven Will Be Mine, Rose of Winter).

Later Alligator ells the story of Pat the alligator, a (mostly) harmless and (probably) innocent reptile at the center of a conspiracy that could bring down the biggest, scariest family in Alligator New York City: his own! Explore the city, meet the Family, and try to save Pat before the clock runs out.

The urban wilderness is brought to life with hand-drawn animation as a vibrant world to explore packed with 30 goofy minigames and more than 100 scaly suspects to investigate. The family-friendly game has multiple endings and a fully-animated cartoon finale, so players can replay this sleuthing adventure over and over.

“I’m incredibly passionate about working with a small team creatively.” said director Lindsay Small-Butera, who forms half of the two-person studio SmallBu. “What Alex [Small-Butera] and I do as animated filmmakers is awfully different from the work Jo and Conrad [Kreyling] do as gamedevs, so both teams can really shine in a way that feels like a collaboration on an art piece.”

Jo, lead producer, added, “I am fulfilling my lifelong dream of turning reptile jokes into money.”

Later Alligator will arrive on Steam and Itch.io for PC, Mac and Linux in 2019.