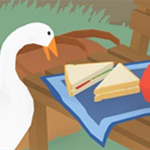 In the world of video games, sometimes the simplest ideas make for the best gameplay. In Untitled Goose Game, you are a goose and you use every trick in the goose book to make everyone’s life a living nightmare. The charming and elegant looking game comes courtesy of the company House House, also behind the strange Push Me Pull You.

In their latest work, you play a goose whose job it is to be as horrible as possible to a poor farmer, solving a number of puzzles such as stealing the keys to his shed and forcing him to accidentally blast himself in the face with sprinkler water. Both the carefully crafted animation of the farmer and goose and the cheerful piano soundtrack seem reminiscent of silent comedy by Charles Chaplin and Buster Keaton.

Like many silent comedies and classic cartoons, you get the chance to play the antagonist to the farmer’s straight man. The gameplay mixes sneaking and puzzle solving to aid the player in being the Bugs Bunny to the farmer’s Elmer Fudd.

The wonderfully classic music is written by Dan Golding, who also creates video essays about music and visual media on his Youtube channel.

Untitled Goose Game is planned to release sometime in 2018. 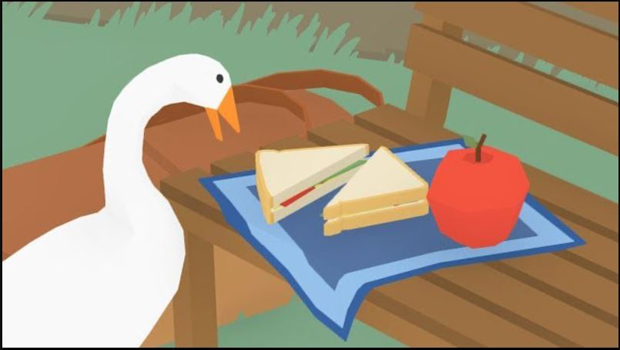