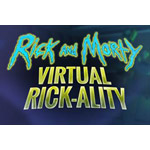 Adult Swim is gearing up to take fans beyond the garage and on to incredible, chaotic adventures with the release of Rick and Morty: Virtual Rick-ality on April 20. The multi-dimensional, crazy immersive VR experience from Adult Swim Games and Owlchemy Labs will be available for HTC Vive and Oculus Rift headsets on Steam and Oculus Home for $29.99.

Inspired by the cult-hit animated series, Rick and Morty: Virtual Rick-ality is a fast-paced VR adventure which allows fans to experience the show’s universe in a unique way: by living life as a clone of Morty and enduring all the trauma that comes with it. Users will navigate and rummage through Rick’s garage and the Smith household, handling (and smashing) iconic items like the Plumbus, and stepping through portals to alternate worlds. To survive Mortyhood, players must follow Rick’s directions to solve puzzles and complete missions in room-scale virtual reality.

“It was a privilege to work with the teams at Rick and Morty and Owlchemy,” said Jeff Olsen, vice president, Adult Swim Games. “We could not have asked for a more successful collaboration, or a better way to demonstrate Turner’s commitment to creating innovative fan experiences beyond the series.”

“We really believe fans are going to lose their minds at what we’ve developed,” commented Owlchemy Labs CEO Alex Schwartz. “It’s been an incredible experience to develop for one of our favorite shows and see the joy on players’ faces when they get to explore Rick’s garage in VR, physically step through portals, and interact naturally with their hands in the world they’re already so familiar with. Players are interacting with the world of Rick and Morty in a way only possible in virtual reality, and they love it!”

Owlchemy Labs was founded in 2010 and has since developed and published over 20 desktop and mobile titles, including Sundance selection Job Simulator and award-winning games Dyscourse, Jack Lumber, Snuggle Truck and Aaaaaculus! (with Dejobaan). 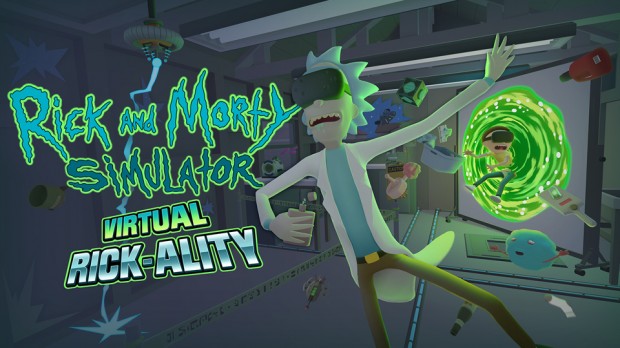