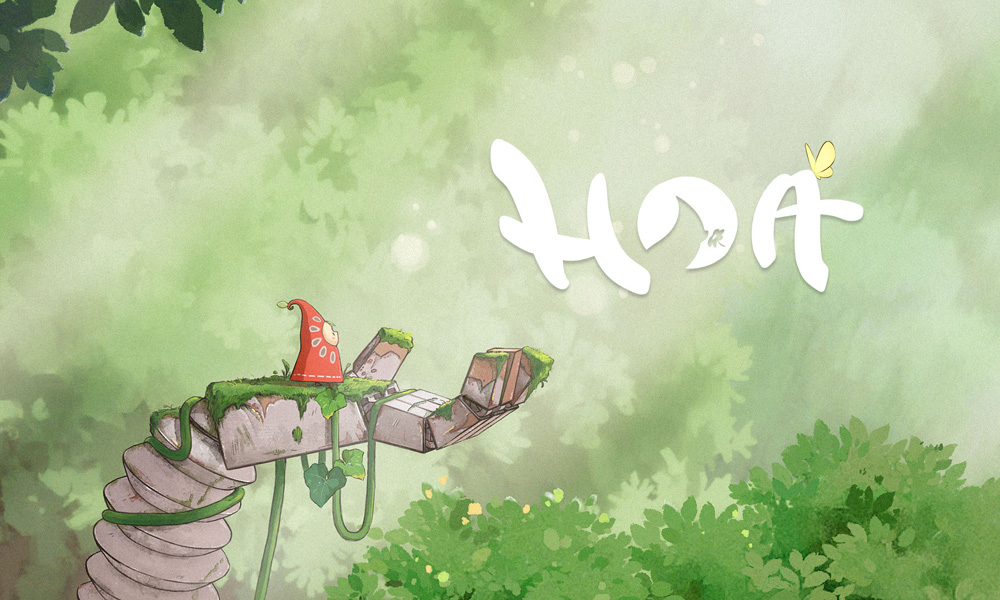 If you are looking for a peaceful dive into a Ghiblieque world, you’ll need to check out Hoa, the stunning new game from PM Studios and Skrollcat Studio which is available now on all platforms.

Hoa is a striking puzzle-platforming game that is reminiscent of some of the classic Ghibli films through its hand-painted art, calming music, and the peaceful, relaxing atmosphere it has to offer. Players will be able to experience the “magic of nature and imagination as they play the main character, Hoa, on her journey through breathtaking environments back to where it all began.”

As a puzzle-platforming game, Hoa features exploration-based puzzles throughout the game that players will need to solve. As players make their way through the hand-drawn environments, the relaxing atmosphere paired with the “organic rhythm of subtle storytelling” will pull them in as they are “intrigued by endless wonders.” Hoa encourages all players to embrace their inner child.

The game’s director is Son Cao Tun and art director is Son Tra Le, both of whom were influenced by Vietnamese culture and beliefs. Tra Le told Wired earlier this year, “Essentially, there’s a belief that people, places, and animals have a distinct spiritual essence and that there’s significance to every little thing around us. The culture draws meaning from its relationship with nature, and the people try to live harmoniously with their surroundings. The Vietnamese have sort of an inner ease that allows us to be calm and content. Also we have a sort of silent resilience that helps us find our way around the most challenging things.”

The team at Singapore-based Skrollcat Studio (described as “just a bunch of art-loving creatives getting together to make something beautiful”) noted, “Hello there! We still cannot believe that Hoa is finally coming to the world. The game is out, meaning the joy and fun we had with this project now belong to everyone. Just like that, it is already an immense happiness to us, a dream come true. We hope nothing more for our small game than for it to be a beautiful little thing that warms your heart. For having followed Hoa’s tiny footsteps from her early days, for coming with our little character on her little adventure, from the bottom of our hearts: Thank you.”

PM Studio was founded in 2008 and is based in Los Angeles, California and Seoul, Korea. It is an independent developer and publisher of interactive entertainment. For more info, visit www.pm-studios.com and www.hoathegame.com.