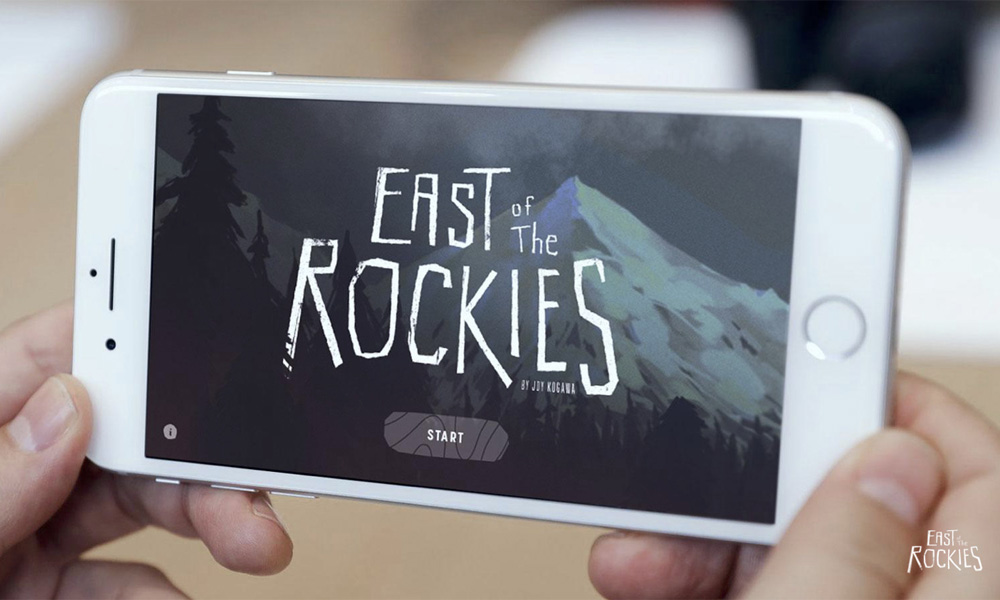 East of the Rockies

Acclaimed Canadian author Joy Kogawa, Toronto-based design and experience agency Jam3 and The National Film Board of Canada have unveiled East of the Rockies, an interactive story based on true events about life in one of Canada’s World War II-era Japanese internment camps. The experience is exclusive to iPhone and iPad running iOS 12, including iPhone 6s and newer, iPad (5th generation) and all iPad Pro models — available now in the App Store.

East of the Rockies is an augmented reality narrative that follows 17-year-old Yuki as her family adjusts to life in a Japanese internment camp during WWII. The story takes inspiration from Kogawa’s novels Obasan and Itsuka, which chronicle the persecution of Japanese citizens in Canada during the war.

Viewers will be able to interact with Yuki’s story by tapping, inspecting and zooming in on key elements inside the Slocan Internment Camp. Each of these elements activates a scripted narrative spoken by Yuki, illuminating different aspects of the camp. East of the Rockies is a fully-animated and voiced narrative, with Kogawa’s granddaughter Anne Canute providing the voice of Yuki.

“I’m grateful that this little story in Canada is not going to be lost,” said Kogawa. “There are so many stories that are lost, that ought not to be, so it’s a wonderful thing to see it happening here in this way. I think it’s very exciting to be at the beginning of this kind of thing, how lucky is that?”

“By using immersive storytelling in East of the Rockies, we can educate a brand new audience with a learn-through-gameplay experience,” added Dirk Van Ginkel, Creative Director at Jam3. “In working with Joy, we’ve been able to show what life was like when the Canadian government exiled the Japanese community. Sometimes to move forward as a society, we must look back and acknowledge past injustices — we hope that this is a platform for reflection.”

“At 83 years-old, Joy has teamed up with artists and producers to leverage an exciting new technology and craft an important historical story for a new generation of Canadians,” noted NFB Executive Producer Rob McLaughlin. “It’s an intergenerational story of love, loss, injustice and healing and we hope it will lead to a greater understanding of Canada’s past at a time when issues of identity and race remain at the heart of so many contemporary debates.”

Students will also have the opportunity to take a more in-depth look at East of the Rockies with a high school learning kit produced by NFB Education, which poses questions and scenarios to help students understand and go deeper into the experience of life in the Slocan internment camp. The learning kit is available at eastoftherockies.com.