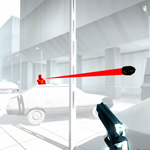 There was a lot to like in Virtual Reality at this year’s Game Developers Conference in San Francisco. This year’s Game Developers Choice Awards nominees for Best VR/AR Game included UploadVR’s Lone Echo, as well as the latest entries from the popular franchises: Resident Evil 7, Star Trek: Bridge Crew and Skyrim VR. Skyrim, the fifth version of Bethesda’s long-running Elder Scrolls series, originally launched for PC, Xbox 360 and PS3 platforms, and is now available on both the HTC Vive and the Oculus Rift.

Surprisingly, the VR winner was not one of the games with lots of scenery in new and foreign lands to fly through, but a relatively low-rez First Person Shooter (FPS), Superhot VR. Although the scenery is minimalist, Superhot does showcase headset-based VR, as it lets you bob and weave with your body in a slow-motion ballet of violence. This is a game to play while wearing a Fitbit, rather than just sitting back in a stuffed chair. Your headset’s controllers are used to shoot guns, punch with fists, throw ninja stars, and shish kabob fiery enemies with a sword.

The game has 18 levels of play and many sub-levels and battle areas, so it’s unlikely you’ll play it the same way twice. Its most unusual feature is freezing time — hold your hands up, and time stops. Lower them a bit, and time advances slowly. This lets you see bullets and other objects come at you in “bullet time,” as in the film The Matrix. You can stop to pick up objects such as bottles and fling them at the Men in Red, which are rushing at you nonstop, and watch the glass shards spread out in slow-mo.

Players are advised to wear comfortable clothing, as an hour of ducking behind cover, evading bullets and throwing things can work up a real sweat. There is a type of gameplay that encourages you to fight without shooting, which results in the player taking a wide stance and looking like a Tai Chi exercise. Well, a Tai Chi exercise with a gun.

Superhot is a single player game that runs on a PlayStation VR with Camera and two PS Move Controllers.  It is available at the PlayStation Store. 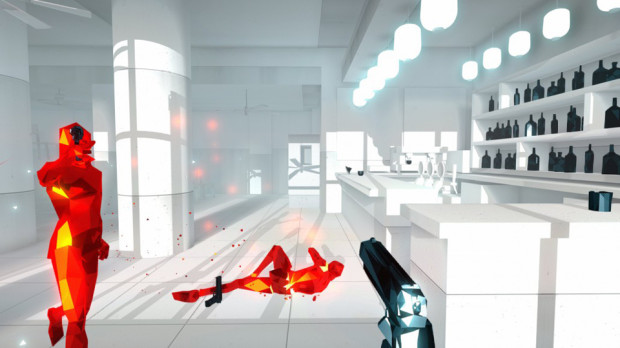 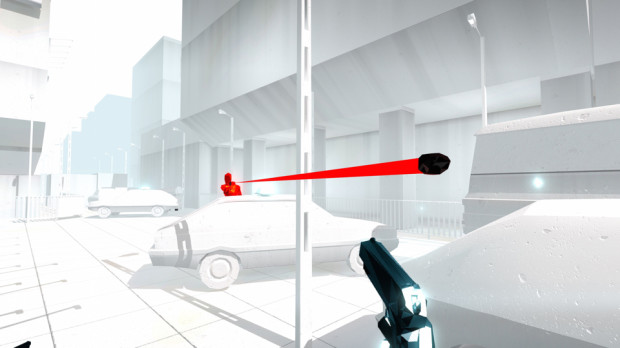