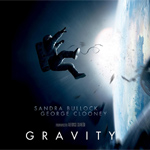 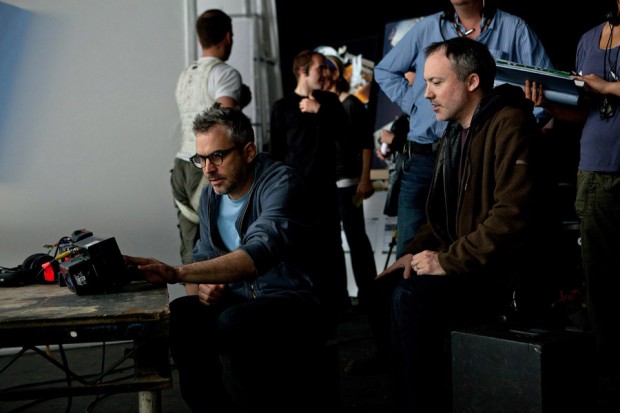 After receiving tremendous acclaim at the Venice and Toronto festivals last month, director Alfonso Cuarón’s thrilling two-person space odyssey Gravity arrives in theaters. The praise for the taut, visually engaging film has been unanimous, and clearly, the effectiveness of the realistic depiction of the story relies heavily on cinematographer Emmanuel Lubezki and vfx supervisor Tim Webber (Children of Men, The Dark Knight).

Webber and his team at Framestore—comprised of 150 people at peak production time—had to create photo-real depictions of astronauts working in space at zero gravity for the duration of the project’s long shots, without losing believability for a moment.

“I remember my initial meeting about the movie with Alfonso, when he came and discussed the movie with me towards the end of 2009,” says Webber, who collaborated with the director on the Oscar-nominated Children of Men in 2006. “I remember feeling quite exhausted and breathless after he told me the story, because it was such an engaging and interesting story.”

“The percentage of CG real estate in the movie is massive—the 13 longest shots in the movie take up about 60 percent of the total film. It’s a photo-real movie, but unlike other CG movies like Avatar, this is a contemporary film. Everything had to feel real.” — Gravity’s vfx supervisor Tim Webber

As Webber explains, one of the key elements that makes this movie quite different from other space exploration epics is that everything in Gravity feels real and authentic. “The percentage of CG real estate in the movie is massive—the 13 longest shots in the movie take up about 60 percent of the total film,” says the veteran vfx master. “It’s a photo-real movie, but unlike other mainly CG movies like Avatar, this is a contemporary movie, everything had to feel real. It’s not a sci-fi movie, although it’s set in space. On top of that, we wanted to make it all look interesting and beautiful, because space is beautiful and interesting as we have all seen in the footage from NASA.”

Since the sequences involving the film’s two leads (portrayed beautifully by Sandra Bullock and George Clooney) involved very long shots—the film’s opening sequence is 13 minutes long—the production team couldn’t use classic techniques to simulate a zero-gravity environment. “The audience is looking at the same thing for a long, extended period … these are no two-second cuts, no explosions or crashes to distract from the visuals,” explains Webber. “You are watching a person in a space suit manipulating some circuit boards on the Hubble telescope for minutes on end. The audience has plenty of time to analyze what we’re doing, so we knew we had to create the environment in CG and render everything.”

Another old standby technique, creating the illusion of zero gravity by using wires to float the actors in mid-air, was also out of the question. “That strategy wouldn’t work, again because of the extended shots and also because of the complexity of the film’s camera movement, which goes in and out and around the actors,” says Webber. “You also can’t fake the scenes by shooting an actor in a mid-shot and having someone swaying or sitting on a stool that can be moved around, that’s why we decided to do it all via key-frame animation done in Maya. We filmed the faces and fit them on animated CG bodies and backgrounds to make it all come together.”

The team also incorporated some motion capture and a little bit of ragdoll simulation to see how to animate an astronaut bumping off against something or depict the motion of two bodies bound together by a safety tether in space.

For Webber, one of the most effective sequences in the movie is a scene that involves Bullock’s character (Dr. Ryan Stone) working on the circuit boards on the Hubble as she’s talking to the Clooney character (Matt Kowalsky), who’s hovering around in the background in his jetpack. “There’s something about that scene’s animation in particular that is simply beautiful,” says Webber. “The animation by Mathieu Vig, the rendering of the light, the circuit board, the composition, everything comes together naturally in that scene.”

When asked about the most challenging aspect of the job, Webber says it’s hard to pick just one single thing, but he does remember creating a scene in which Sandra Bullock’s character is inside the space station, and floating around in her underwear in the zero gravity environment. “It was a tricky job because you had to make everything real—it was a familiar environment. You can’t hide anything. Then there’s choreographing the long shots–there’s a part where she’s spinning in space, and you can see the sun setting behind her, and you have to render the light correctly. You just have to make sure all the details come together realistically.”

Gravity is also being lauded for its brilliant use of stereoscopic 3-D technology and really exploring the added dimension in every frame of the story. “Our stereo supervisor Chris Parks, Alfonso and I worked very hard on it, and the 3-D aspects of the movie were very carefully designed,” says Webber. “One of the reasons it works so brilliantly in this movie is that is shot on wide lenses. Those long, continuous shots where the camera is exploring and moving around work very well in 3-D. You really feel like you are in that space and experiencing the environment, not just looking at the movie.”

Of course, sometimes the best compliment you can give a visual effects artist is telling them that you had no idea something was actually done in CG. As Webber points out, “It’s interesting because people often ask you how a scene was done, and you tell them that it was CG, then they want to know which part is CG. When you explain to them that everything, apart from Sandra’s face, is CG—they just can’t believe it.”

Warner Bros. releases Gravity in theaters across the U.S. on October 4.