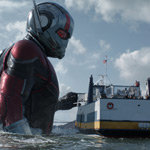 Fans of Ant-Man’s amazing miniature world are in for many more elaborate visual effects in the fantastic sequel Ant-Man and The Wasp, in theaters now. This time around, the Quantum Realm and The Wasp take the lion’s share of the creative team’s work.

“Hope van Dyne has completely transformed into The Wasp,” notes Marvel Studios vfx supervisor Stephane Ceretti (Cloud Atlas), who collaborated with filmmaker Peyton Reed (Ant-Man) on the sequel. “It was clear talking to Peyton, everybody at Marvel Studios and Evangeline Lilly that there were strong ideas as to how they wanted her to be. Scott Lang [Paul Rudd] was thrown into the Ant-Man costume almost by mistake while Hope has been training since she was a young girl, so  she’s in control and knows her stuff.”

Ceretti and his team did major development in terms of how the dynamic character flies, behaves, moves and fights. Scanline VFX was able to create an interesting animation test where she would do “flying parkour.” “The Wasp has wings, which Ant-Man doesn’t have, so she could do moves not seen in the first film,” explains Ceretti. “We set a rule that The Wasp would always have to go small in order to be able to fly, which created some limitations in the way she moves and fights.”

Specific story points needed to be executed in the Quantum Realm. “We looked at what was done in Doctor Strange, Ant-Man and Guardians of the Galaxy,” explains Ceretti. “Olivier Pron at Method Studios in Vancouver did a lot of concept art along with the visual development department at Marvel.”

As the supe explains, “When you go down deep into the Quantum Realm it’s all based on probability. Things are not in the same place exactly at the same time so there are different levels of reality. We tried to make an environment that was active and disorienting for someone who goes deep down into the world … at some point, the brain can’t take it.”

Every great superhero story needs a remarkable villain. The team’s antagonist in this outing is Ghost (Hannah John-Kamen), a character who is contaminated by quantum energy in her youth. “She can go through walls, objects and people as well as has multiple realities of herself which compete against each other.”

Multiple versions of Ghost were superimposed and animated at the same time. “We would shoot Hannah doing something and on top of that would add other layers of her doing other actions. All of them were choreographed to tell the story of her phasing in and out of reality, along with showing her various states of mind,” adds Ceretti.

Since the original movie was about establishing the main character as being small, it involved a lot of macro photography on tiny sets. “We still have a lot of macro photography, but this time it’s happening in the streets of San Francisco, which is more complicated because you can’t control the environment as much,” sasy Ceretti. “We had to take all of the data and what was filmed there, then recreate some of it as a CG asset so we had more control.

“Also, Ant-Man is not only going from human to small size. There’s a problem with his regulator, so the character has no control over the size he’s going to be in the next second. It was all about finding the right gags and moments to play with the scale to make it funny.” Contributing to the humor are an enlarged Pez dispenser and salt shaker. “We had fun with way more things than that!”

A signature car chase takes place on the streets of San Francisco, where a tiny Hope drives underneath a vehicle, which flips over when she returns her van to its normal size. “About 75 percent of it was shot in Atlanta,” reveals Ceretti. “Clear Angle, our LiDAR and scanning company, worked with DNEG for two or three weeks photographing and scanning big sections of streets in San Francisco. Something that we didn’t have in Atlanta were hills. Specific beats that were prevised had to be shot in San Francisco, because we needed all of these hills and particular locations. In-between that the Atlanta footage was inserted and modified in the background.”

Another challenge was the daylight setting, which made it more difficult to achieve a photoreal look as there was no place to hide. The team had to be precise about where and how to shoot it as well as the amount of plates that they had to gather to be able to recreate the environment and shoot things correctly.

“The big car chase is a mixture of so many different locations and things that we shot in the studio,” says Ceretti. “We had to make sure that all of the car composites looked completely real and no one would question whether the actors are in the street or on a greenscreen stage. Also, we wanted to find ideas as to how to play with the scale to make it enjoyable for the audience. It was a lot of prep work.”

Shaders for Ant-Man’s suit needed to be altered to accommodate tight close-up shots of a finger or the helmet. “When he gets really big we had to push the level of detail, resolution and displacement maps,” states Ceretti. “We have major simulations — such as the scene on the waterfront in San Francisco Bay where Ant-Man becomes Giant-Man and goes after a boat. Scanline did that water simulation.”

There’s also an underwater sequence which is all CG. “There are numerous simulations taking place in the Quantum Realm because it’s a dynamic environment so everything is always moving and changing, explains the vfx supervisor. “It was a lot of work in Houdini to get that done … We used all of the tools that we had to sell the scale and realism of what we were putting in the frame.”

Camera angles are critical in conveying the required sense of scale. “That’s part of what we do in previs,” notes Ceretti. “We try to find the right angles to make sure that people understand Ant-Man is that big in this scene, so we have angles looking mostly up at him; or Ant-Man is that small in the scene, so we are looking down at him so he always feels smaller than everything else. It’s all about composition and lensing.”

The vfx supervisor recalls a scene that was shot in a school where Ant-Man is surrounded by kids and is changing size all of the time. “We had to use motion control and shot in a real location. Then we shot Paul Rudd on a green/greyscreen stage where we match moved the plates and redid the camera moves but changed the scale. All of that took extensive planning to get it right. Overall, our biggest challenge was doing the whole thing in four months!”

As for a favorite shot or sequence, Ceretti remarks, “It’s hard to choose between your kids! Quantum Realm is something that people have been waiting for to see. Some beautiful work has been done in the underwater sequence. We’ve done some cute stuff with miniatures when Ant-Man and Wasp get really small. The kitchen fight sequence is exciting. That is the first time we see The Wasp fighting by herself; she’s so strong she clearly needs no one’s help.”

Disney/Marvel’s Ant-Man and The Wasp is currently playing in theaters all over the world. The film opened in the U.S. at No. 1 with $75.8 million at the box office. 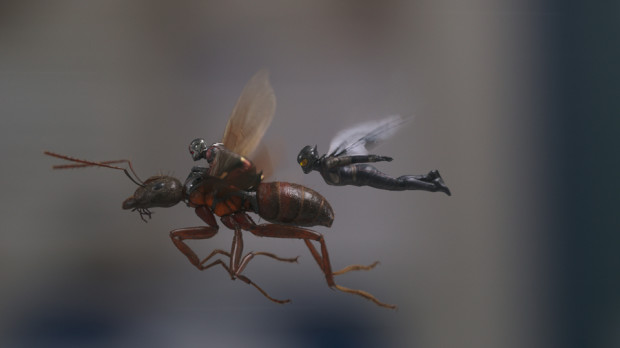 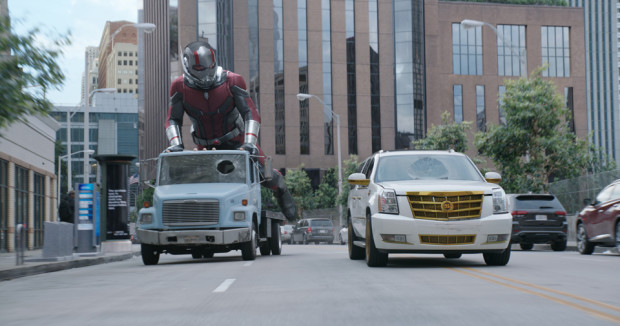 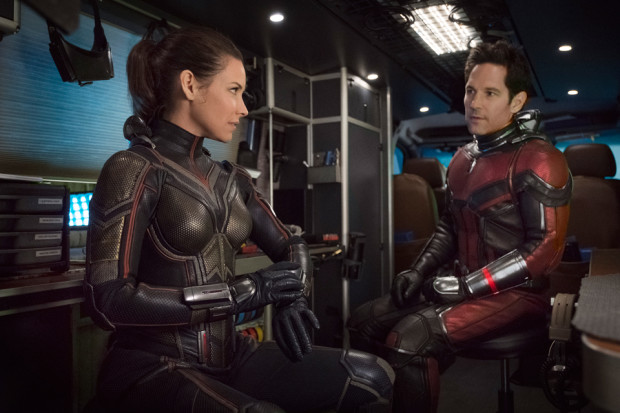 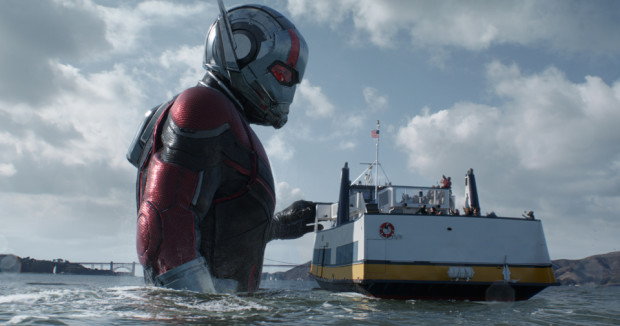 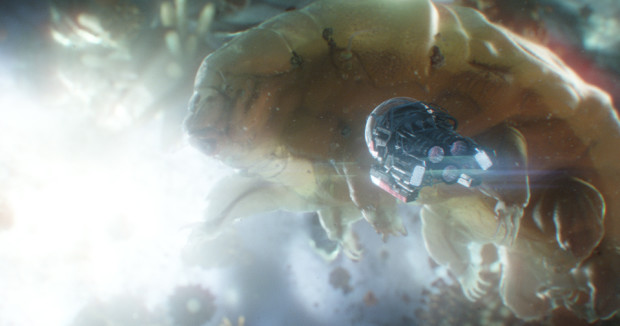