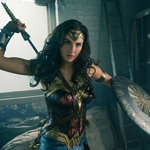 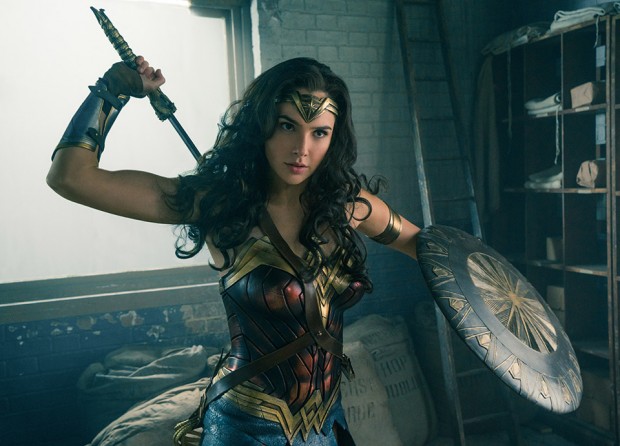 MPC pulls out all the stops to create iconic battles in places real and fictional for the breakout comic-book movie hit Wonder Woman.

An iconic female superhero gets acquainted with the greed and violence of mankind when German soldiers invade her island homeland and she journeys to Europe in an effort to bring World War I to an end. Under the direction of filmmaker Patty Jenkins (Monster) and supervision of Bill Westenhofer (Life of Pi), MPC Visual Effects Supervisor Jessica Norman oversaw the beach battle, no man’s land and Belgian village sequences featured in Wonder Woman.

While trying to capture American spy Steve Trevor (Chris Pine), German soldiers encounter military resistance on Themyscira from the Amazons, who had rescued Trevor from a plane crash.

“They had found on the east coast of Italy an impressive cliff at the backend of the beach,” says Norman. “It was not practical to shoot that because it was narrow and hard to get to, so they ended up shooting on the west coast of Italy on two beaches and dropped in the cliffs. The beaches we were shooting at weren’t big enough. We had to do a longer beach then replace and extend the water.”

The battle occurs in the daytime. “We were shooting there in April and throughout the day the lighting was changing a lot. It meant that we couldn’t have one lighting setup and render the whole scene.”

A lot of time was spent in roto animation. “The two stunt doubles for Diana (Gal Gadot) had different proportions with each other and Gal Gadot,” says Norman. “It gets tricky when you do work on face replacements. Often you can’t just replace the face because the neck, chin and even how it fits on the shoulders is changing.”

Speed ramps needed to be incorporated into the battle shots. “There was a lot of time spent up front in compositing to get the retimes right, making sure that we don’t have any artifacts and that the motion blur was right,” she says.

The weapon of choice for the Amazons is the arrow. “Quite a few of them are not just shooting one, but three at a time,” says Norman. “It’s more animation work because you get to actually see the arrow. It ends up being a character.”

“A few shots were shot back in London on the green screen stage on a robo moco rig shaped like a horse,” says Norman. “They involved hero horse effects work, face replacements and hero characters, making them the most complex shots in the scene.”

Complicating matters were editorial changes. “At that stage, they had not always decided on the take or what version would be used, so there were times where we didn’t know exactly what the lighting would be. You do your best trying to match the lighting with the greenscreen stage. Sometimes what we ended up doing was replacing some of the live action to get the right kind of lighting and for things to match.”

Norman adds: “If the beach battle had been shot entirely on a greenscreen stage, it would have looked different. Personally, I much prefer when you do it like this, because there’s a real outdoor feeling.”

Diana crosses through no man’s land to attack the German soldiers. “That scene was particularly tough to shoot,” says Norman. “It was November-December time in London and we were so cold in a muddy field. It’s particularly rewarding that the scene turned out nice.”

The Allied and German trenches were built along with no man’s land at Leavesden Studios. “When you fly across, it is fully CG,” says Norman. “There was greenscreen at either end of the German and Allied trenches that we extended. They shot Gal Gadot on a treadmill on a green screen stage where we ended up having to replace her shoes because she was wearing trainers. Then we did a CG environment to put behind her.”

Digital adjustments needed to be made to seamlessly intercut with the live-action plates. “Her armor would not behave or look the same on the green screen stage so we did a lot of grading to get Diana to look like she was outside,” says Norman.

The principal photography for the sequence followed closely the extensive previs. “We had a good idea when we were shooting what CG shots we would be expected to do, which made it easier for us to capture the right type of material,” she says. “That meant we wouldn’t have to do full CG builds, but could target the needed area.”

There were times when a digital sword and shield replaced the practical versions, but the most difficult task was simulating Gadot’s long, flowing hair. “We developed new controls for her hair simulations,” says Norman. “It always gives the best result when you try to get the simulation to get there but her hair needed to look fantastic so we would go in and control it when needed.”

Parts of the Belgian village sequence were shot in Luton Hoo, outside London, with the rest being captured on a backlot set at Leavesden Studios that consisted of a town square and street.

“We did top-up work on the buildings and on the roofs,” says Norman, who made use of the picture library at MPC to assist with the set extensions. “They built a practical tank, which we scanned. For the shots where Diana picks it up, we had a big foam green thing held by two guys on either side so that she would have something to interact with.”

Norman adds: “There are a whole range of shots with a lot of stunt action. It’s a combination of face replacement, full CG, and wire removals.”

Diana is not in complete command of her powers. “When she first runs into the Belgium village, an explosion throws her into this building and, at that moment, Diana has no idea what she can do but still manages to recover and kickoff,” says Norman. “Imperfections and subtle things were put into a lot of those shots to make it feel that this is not easy or an obvious move for her.”

“We did some concept work for a barrier shield effect that protects Themyscira, which Steve Trevor crashes through in a plane,” says Norman. “It’s a distortion refractive field. Then also for some of the wide shots of no man’s land, so that we could see the extensions and the vastness of the area.”

The title character was the biggest challenge because there were so many aspects that had to work well, such as her skin, facial performance, hair and muscle system. “The animation was key in making sure that it felt like Diana was real and could do special things,” Norman says. “I’m happy that everyone likes no man’s land but we also had a lot of fun with the beach battle.”

Virtual Reality Takes Over
Behind the Scenes of ‘Despicable Me 3’