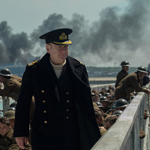 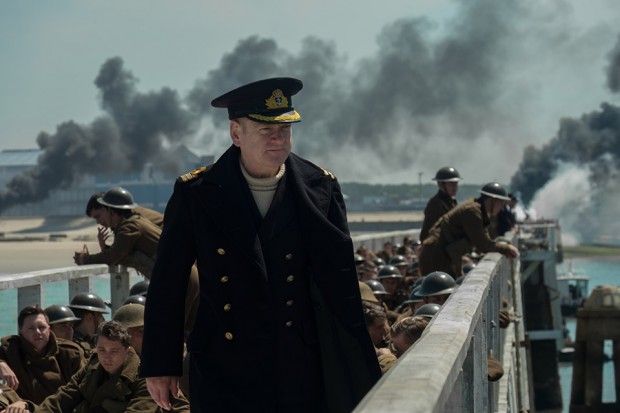 Dunkirk’s vfx supervisor discusses the film’s stunning visuals which involved getting shots in camera as much as possible.

In the day and age where digital imagery has achieved indistinguishable photorealism, filmmaker Christopher Nolan (Inception) is still a firm believer in shooting as much as he can in camera. “Pretty much these days anything is possible,” notes Oscar-nominated visual effects supervisor Andrew Jackson (Mad Max: Fury Road), who collaborated with Nolan for the first time on this past summer’s critical and box-office hit Dunkirk. The beautifully shot project recounts that evacuation of 330,000 Allied soldiers from the beaches of Northern France during the early stages of World War II.

“You can build the whole world and all of the components, and make it look as convincing as possible, but that in my book should always be the last resort if it’s possible to film or to combine some practical elements,” says Nolan. “If you’re doing monsters and robots you can’t really film practical elements for them so they’re going to be largely CG.  For the sort of films that I’ve been involved in and like to make, it’s much more about getting shots in camera as much as possible.”

Nolan decided to shoot the film using IMAX and 70mm 5-perf film stock, and to optically add in the visual effects. “It felt like going back to the way films used to be made in the 1960s, or maybe even earlier,” says Jackson. “After the edit is completed, the physical negative is cut. Then, any visual effects that need to be done get dropped back in as a negative, and that gets cut and color-timed optically.”

Jackson is known for creating quick and simple practical tests to help inform what needs to be achieved.  “World War II planes used tracers to great effect to see where the bullets were going. We wanted that to have a practical and real feel if possible. The first test was to see whether we could film the real thing. We weren’t allowed to use real tracers in California, so we had to go to Arizona. We took machineguns, some IMAX cameras and filmed real tracer bullets; that became the bible for what they should look like. We either used those as real elements or exactly reproduced them.”

“We didn’t do a lot of concept art as it was really based on the photography,” adds the vfx supe. “The idea of not worrying about something because you can fix it in post is the exact opposite to the way Chris approaches filmmaking. It was to the point where we didn’t use a single greenscreen or tracking marker in the whole film.”

Previs was used in creating the film’s stunningly photographed aerial dogfights.  “It only served as a guide because invariably when you get there on the day nothing works quite as planned,” says Jackson. “It’s always a mistake to go into a shoot and to adhere to the previs religiously.  It’s way better to take on board what the real world brings to the shoot because you get so much more exciting and dynamic things happening.  I converted the previs into a single page drawing for each battle.  We had piles of drawings for each plane in different colors.  We could take that into the helicopter or plane and show the pilot.  It became a starting point for the action that we were about to shoot.”

High-resolution CG planes were created for the project, but they were not utilized. “We might have one or two real planes in the shot already, do a camera track of the real plane, and animate CG planes into that scene until we were happy with the action. Then, invariably, we would look for a live-action element that matched that reaction we wanted and then track that onto the plane using the live-action element.”

For the aerial shots, an IMAX camera with a customized snorkel lens devised by cinematographer Hoyte van Hoytema was bolted to the wings of a Yakovlev Yak-52 with the actor in the front seat and the pilot in the back. Capturing the action was a Piper Aerostar that had IMAX cameras situated on the front and back of the aircraft

All of the film’s beach scenes were shot on the actual beach in Dunkirk. “We built the jetty, that is called the mole, which they used to load the troops onto the ships. There was a huge number of actors so most of the scenes on the beach were real people, certainly in the immediate foreground areas that you can see easily. If we did any extensions of the crowd it was only in the wide high shots where they needed to go off into the distance. Most of the work we did around the town was adding smoke and there were a few modern buildings that were taken out and tidied up.”

At one point during the principal photography, there were as many as 60 ships sailing across the English Channel, including period accurate little ships, minesweepers and a 105-meter-long French destroyer called the Maillé-Brézé. For the sinking sequences, sections of ship were built on a huge gimbal in the 2.7 million-gallon water tank located at Universal Studios’ Falls Lake.

“Due to the schedule, there were a lot more boats than there really were, but again mostly using practical elements,” says Jackson. “Most of the CG work was where the ships were bombed and sank. There was a lot of environmental clean-up on the water because a lot of the ocean-based shots were shot in Holland in the Zuiderzee, the inland sea. There was quite a lot of wind turbines on the horizon and land mass where it shouldn’t be, so we added land that wasn’t there. There was a lot of work on the horizon line to define the environments in that way. The majority of the work that we did on land was adding smoke.  We did make adjustments to the sand dunes and where the town was relative to them in a couple of shots.”

Jackson points out that using 6K format for the whole film adds a higher level of detail than they were used to in the past. “It does increase the time because you have to be more careful with the compositing, roto and tracking,” he adds. “Another thing that developed for me that I hadn’t realized was quite how much Chris embraces the idea that filmmaking is about accepting the reality of what happens when you’re on-set, rather than taking every shot and polishing it until they’re all perfectly matched. I love that.”

Dealing with IMAX was the biggest challenge and reward. “Many of the cameras are decades old. We were attaching them to planes and helicopters, flying miles out to sea to film vintage planes, where they would promptly jam, requiring a return to base. If everything worked the film load is a maximum of three minutes long [or shorter at high speed] between reloads, only possible after landing. The resolution is higher than we normally work at, which adds time to every process. Lastly, outputting to film to review the final shot takes a week. If there are any changes, it’s another week. All that said, when you sit in an IMAX cinema and watch a three spitfire, full-screen fly-by, it is all worth it.”