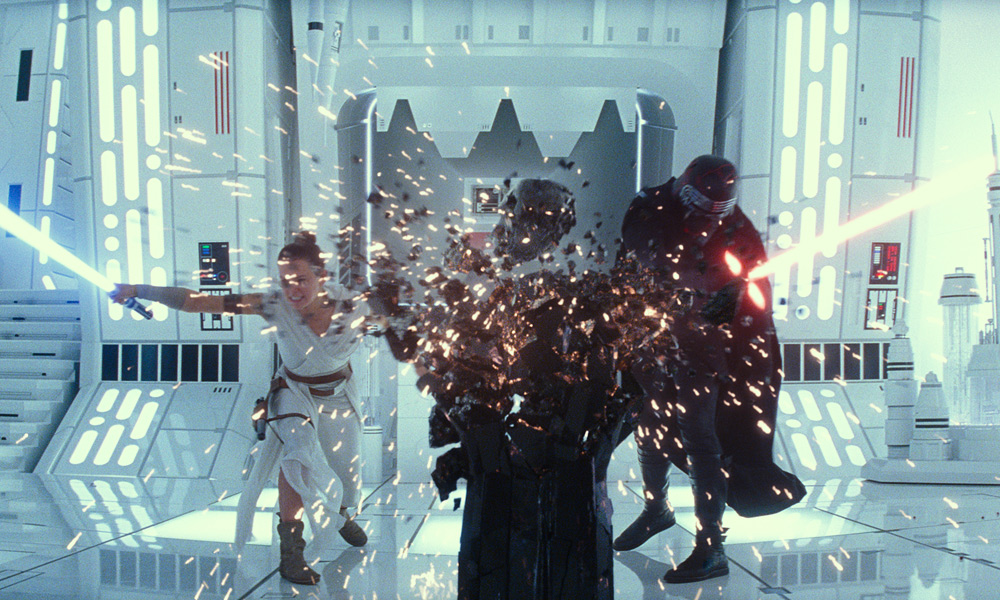 When the ninth and final chapter of the core Star Wars saga, The Rise of Skywalker, arrived on the big screen this December, fans were expecting to see state-of-the-art visual effects created by the visionary craftspeople at ILM, and they weren’t disappointed. The film, which made over $820 million worldwide during its first two weeks in theaters, marked the reunion of director J.J. Abrams and VFX supervisor Roger Guyett, who collaborated on 2015’s Star Wars: The Force Awakens as well as the two most recent Star Trek features (2009, 2013).

The bulk of the film’s 1,900 visual effects shots were handled by the team at Industrial Light & Magic, with additional support provided by 32TEN Studios, Base FX, Exceptional Minds, Hybride Technologies, Important Looking Pirates and Stereo D, with previz work from The Third Floor.

“Philosophically, what we were trying to do with The Force Awakens was to make the worlds we took the audience to as real and immersive as possible by using any technology that we could,” notes five-time Oscar-nominee Guyett. “What was gratifying to me was that people didn’t realize how much digital technology was used to create those worlds.” 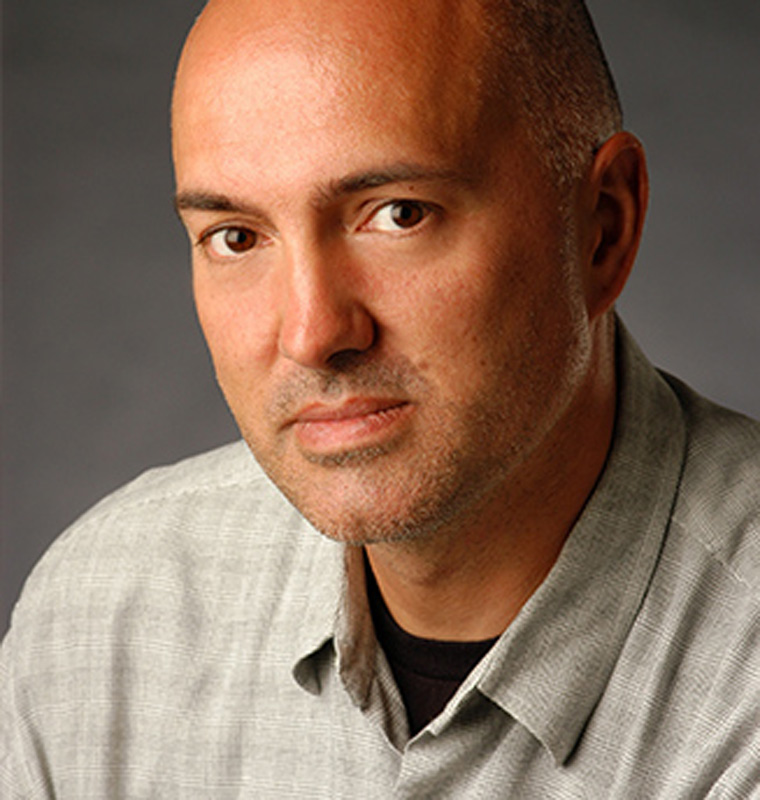 Four years later, the CG environment toolset has been greatly improved, as seen in the film’s speeder chase during which a Stormtrooper gets catapulted into the air. “For a chase sequence like that, your hero actors are shot against greenscreen or bluescreen and you’re trying to create the background behind them. In truth, it’s not a simple thing to do, especially with someone like J.J. who likes to move the camera. We spent an enormous amount of time scanning and photographing the desert, and were able to cherry-pick the best version of that world without making it look too contrived.”

A signature lightsaber duel between Rey (Daisy Ridley) and Kylo Ren (Adam Driver) takes place on top of the destroyed Death Star II in the middle of a turbulent ocean. “The idea of doing that two or three years ago would have sent a shiver down my spine as well as given me heart palpitations!” laughs Guyett. “It’s a completely rewritten water-solver tool, and the level of detail that you get in those moments is more realistic.”

The film’s practical water effects were produced by special effects supervisor Dominic Tuohy (Solo: A Star Wars Story). “Dominic went through 100,000 gallons of water a day creating splashes and spray. The problem is that sometimes they’re physically not the right kind of splashes and sprays, because he’s firing water which has a slightly different feeling than water coming off of a wave. But it does create this tumultuous environment for the actors to react to — and they get soaking wet. This was November in England, and it was unbelievably cold. We built a limited set that was about 60 feet long off the top of the pier and had all of these wind machines, water cannons and spray devices.” 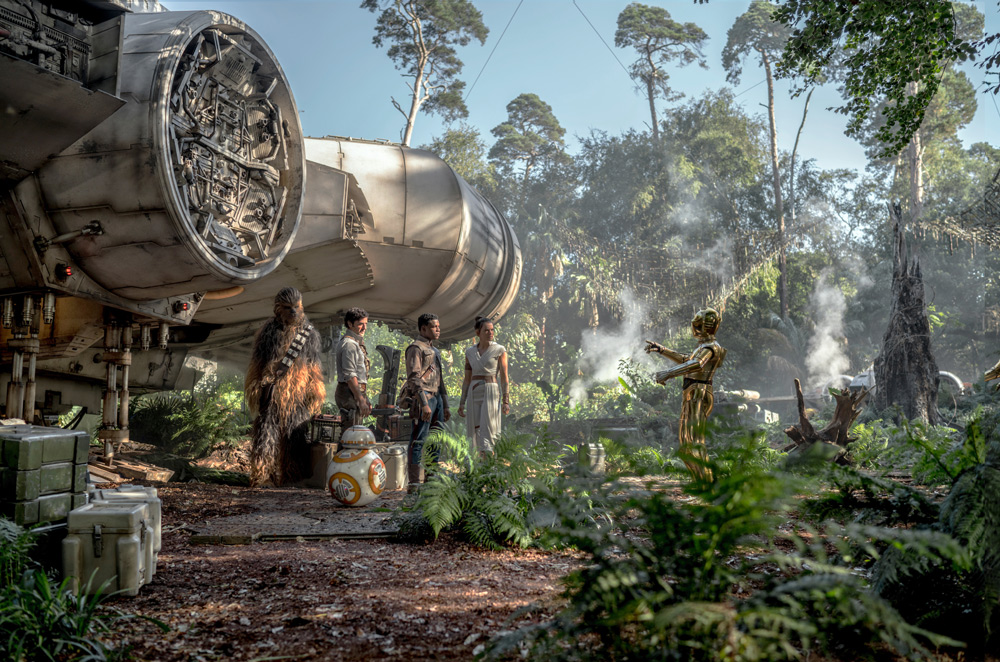 Various callbacks to the previous Star Wars movies have been incorporated into the imagery such as shots of the Death Star II from Return of the Jedi (1983). “We went up to Skywalker Ranch, which has an archive of Star Wars models and various references of the stuff that they built for the original movies,” recalls Guyett. “We photographed a lot of stuff, studied them and had a look at the way that they constructed some of those miniatures. This was true for The Rise of Skywalker in general. We used some old matte paintings that [original trilogy concept artist] Ralph McQuarrie had done of the planets. We photographed those designs and put them in as textures on background planets.”

Also resurrected was Emperor Sheev Palpatine (Ian McDiarmid) — last seen being flung to his death by Darth Vader in Return of the Jedi — who is commanding the Final Order from the Sith planet of Exogol. “I love those monolithic graphic worlds,” says the VFX supervisor. “The lightning coming out of the cracks in the planet enabled us to light in a dramatic way. We built mock-ups in the art department when we were talking about Exogol, but essentially, it’s a digital world.”

Palpatine lives underneath a monolithic structure in a Sith Sanctuary surrounded by massive statues. “Neal Scanlan [Rogue One] was the creature supervisor on the show and he used some of the original prosthetic makeup techniques on Ian McDiarmid,” says Guyett. “We also did a lot of CG work on Ian to enhance his eyes and face, as well as messed up his hands. There was a lot of collaboration in our approach to him as a character.”

According to Guyett, there are more practical creatures in The Rise of Skywalker than in any of the previous Star Wars movies. “Babu Frik is a rod-puppeteered, tiny character with an animatronic head,” he explains. “What that gives you is a look which is appropriate for Star Wars. We had a big festival scene in the desert where Neal built 700 Aki-Aki prosthetic masks for the actors to wear, from hero animatronic heads to background type of stuff. Klaud had an animatronic head and was operated from inside by someone. Maz Kanata is the most advanced real-time animatronic puppet we have used.”

A critical story point is the healing capability of the Force. “When Rey stabs Kylo Ren with her lightsaber and then heals that wound, we’re doing some complicated CG work to go from something gnarly to back to his skin again,” explains Guyett. “The trick with those wounds is to always give them some kind of dimension so you’re seeing that the surface is actually changing form, which makes it look a lot less like a dissolve.”

The film also builds on the practical lightsaber technology developed for The Force Awakens. “The technology is essentially the same on this one but there have been a number of improvements to the lighting,” says Guyett. “One of the issues that you have on film is the understanding of color temperature is more critical than with digital photography.”

Complicating matters was the unexpected death of Carrie Fisher before the completion of The Last Jedi (2017), as Princess Leia Organa was to have a pivotal role in The Rise of Skywalker. A hybrid approach was adopted for the final cinematic appearance of Fisher, as opposed to the controversial digital recreation of Peter Cushing as Grand Moff Tarkin in Rogue One (2016). “Obviously, we wanted to have the integrity of the character being played by Carrie Fisher,” explains Guyett. “J.J. was sensitive to any idea of it being a digital representation of her. We created her performance out of unused footage. It was done in an interesting way, by taking Carrie’s facial performance and creating a digital version of her blending out of the live-action element of her face. In other words, we were digitally fixing the issue that no one is looking at, which is her dress. I’m hoping that people just watch the movie and believe that she’s really there. That’s the idea, ultimately. It was a complicated thing to do.”

Another interesting development: the traditional technique of placing greenscreen or bluescreen outside of the Millennium Falcon’s cockpit and flashing lights to simulate space travel has been replaced with LED screens and pre-rendered content. “The lighting is so much more dynamic, because you can playback some complicated stuff that looks more exciting and energetic,” remarks Guyett. “You see that in the lightspeed skipping scene where they are jumping between different environments. For the exterior shots, we tried wherever possible to have a real piece of the Millennium Falcon, such as the ramp, and extended it digitally.”

Historically, the Star Wars franchise has showcased a wide range of pioneering visual effects shots and techniques. “We did throw in a couple of nods to the original technology, like a forced perspective miniature,” says Guyett. “For example, when we blew our planet up, it was a practical explosion. The water sequence is an incredible improvement of water technology. To see it used in this way, as a character, was fabulous. Having to deal with 16,000 galaxy ships in the end battle was a key technical challenge. However, in terms of making our work invisible in places, like the desert or the festival, I am hoping that people don’t realize the fact that they’re digital.”

Disney’s Star Wars: The Rise of Skywalker is currently playing in theaters worldwide.