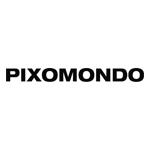 The 2013 VFX nightmare scenario continued today with news that Pixomondo is shutting its Shanghai office and abandoning its film business work, per TheWrap.com. The studio’s founder Thilo Kuther told the website that it just laid off about 20 animators and artists in its Shanghai office, following closures of its London and Detroit offices. About 12 employees were relocated to the Beijing office.

Kuther told TheWrap that his company will be taking its business away from feature work and focusing on design and conceptual work. He emphasized that Pixomondo was not near bankruptcy and it’s not shutting down. With about 850 employees in about 12 cities around the world, about 30% of Pixomondo’s revenues came from Hollywood animation and vfx features.

“I believe in the philosophy that every seven years your company has to reinvent itself,” he told The Wrap. “For two to three years you build up, five years you run your business, and six to eight you come up with a new idea and the business has to adapt….I’m not related to that R&H story. I never opened a place because of rebates — not really,” he said. “If I open an office in London, I’m not looking for L.A.”

Last Friday, Bay area shop Tippett Studio also laid off about 50 employees, or 40 percent of its workforce. Also last week, a federal bankruptcy judge approved the sale of Rhythm & Hues, the Oscar-winning visual effects company that recently filed for bankruptcy protection, to an affiliate of Prana Studios, a Los Angeles and India-based animation and effects company. The sale was valued at about $30 million.