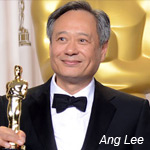 While the Oscar for best visual effects was handed out to the team at Rhythm & Hues for creating the astounding images for Ang Lee’s Life of Pi, the night proved to be a less than gratifying experience for those who toil away in the vfx trenches day and night. Oscar producers decided to drown out vfx supervisor Bill Westenhofer’s speech with that rude Jaws theme song interruption so that he couldn’t thank the team at the ill-fated visual effects studio which filed for bankruptcy this month.

Earlier on Sunday, about 400 protesters gathered outside the Dolby Theatre to bring awareness to Rhythm & Hues’ bankruptcy woes and to the need for unionization of the VFX industry. In February, over 250 employees of the house were fired without pay because of the company’s financial woes.

This lack of support for the visual effects industry was highlighted even more when Lee failed to mention R&H or the vfx team after he won the Best Director Oscar for Life of Pi. Many pointed out that his movie would not have been able to become such a huge financial or critical success without the contributions of the hardworking vfx team.

Zoic’s lead compositor Phillip Broste has written an excellent open letter to the director that was posted on vfxsoldier.com. Here’s an excerpt:

“When asked about the bankruptcy of Rhythm & Hues, the visual effects house largely responsible for making your film Life of Pi as incredible as it was, you said: “I would like it to be cheaper and not a tough business [for VFX vendors]. It’s easy for me to say, but it’s very tough. It’s very hard for them to make money. The research and development is so expensive; that is a big burden for every house. They all have good times and hard times, and in the tough times, some may not [survive].”

“I just want to point out that while, yes R&D can be expensive and yes it takes a lot of technology and computing power to create films like yours, it is not computer chips and hard drives that are costing you so very much money. It is the artists that are helping you create your film.”

“So when you say “I would like it to be cheaper,” as an artist I take that personally. It took hundreds of hours from skilled artists and hard-working coordinators and producers to craft the environments and performances in Life of Pi. Not to mention the engineers that wrote all of that proprietary code and build the R&H pipeline. That is where your money went. I’d say, judging from the night you just had, you got one hell of a deal.”

“Incidentally, those were the same gorgeous sunsets and vistas that your DP Claudio Miranda took credit for without so much as a word of thanks to those artists. And the same animated performances that helped win you the best director statue. Nice of you to mention the pool crew, but maybe you could have thanked the guys and gals who turned that pool in to an ocean and put a tiger into that boat?”

“It was world class work, after all. And after a fabulously insulting and dismissive introduction from the cast of the avengers, at least two of whom spent fully half of their film as a digitally animated character, R&H won for it’s work on your very fine piece of cinema. And just as the bankruptcy was about to be acknowledged on a nationally-televised platform, the speech was cut short. By the Jaws theme.”

“If this was meant as a joke, we artists are not laughing.”

“Mr. Lee, I do believe that you are a thoughtful and brilliant man. And a gifted filmmaker. But I also believe that you and everyone in your tier of our business is fabulously ignorant to the pain and turmoil you are putting artists through. Our employers scramble to chase illegal film subsidies across the globe at the behest of the film studios. Those same subsidies raise overhead, distort the market, and cause wage stagnation in what are already trying economic times. Your VFX are already cheaper than they should be. It is disheartening to see how blissfully unaware of this fact you truly are.”

“By all accounts, R&H is a fantastic place to work; a truly great group of people who treat their employees with fairness and respect. Much like Zoic Studios, the fabulous company that I am proud to work for. But I am beginning to wonder if these examples of decency will be able to survive in such a hostile environment. Or if the horror stories of unpaid overtime and illegal employment practices will become the norm, all because you and your fellow filmmakers “would like it to be cheaper.”

Critics were also not too pleased with the way Seth MacFarlane, the first big animation professional who hosted the Oscars, handled his duties. As gawker.com pointed out…

“At this point there’s no question that Seth MacFarlane was a terrible Oscar host. Not only were his jokes unfunny, tired, self-centered and boring, but also incredibly sexist, homophobic and racist. Boob jokes. Diet jokes. “No homo” jokes. Rape jokes. Abuse jokes. Slave jokes. Jew jokes. And to add to the atrocity, the whole act was punctuated by MacFarlane’s absurd preoccupation with whether or not he was a good host, which—as mentioned—he clearly was not. So perhaps he was right in asking “What did you expect?”” 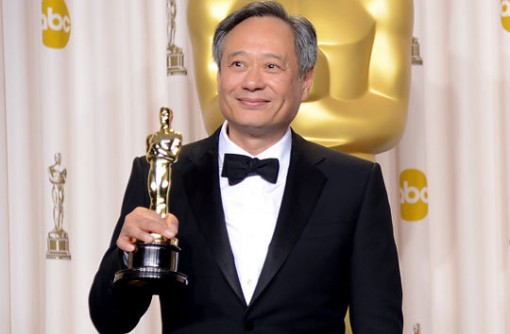