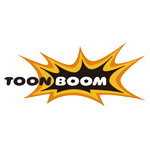 Toon Boom Animation has announced the release of Toon Boom Harmony 10 at SIGGRAPH 2012 in Los Angeles.

The new version of the animation software delivers all the benefits that a 64-bit engine brings to your hardware, namely overall enhanced performance, a much faster user interface and interactive playback, as well as the ability to render projects and images in 2K, 4K, 8K and more.

“SIGGRAPH being one of the most important technology conferences in the industry, we felt it was the best event to unveil Harmony 10 and showcase its leading-edge features to all attendees,” said Joan Vogelsang, President and Chief Executive Officer at Toon Boom.

A world tour to promote Harmony 10 will be launched in the fall of 2012, covering key cities in North America, South America, Europe and Asia. Dates and locations will be published on toonboom.com.