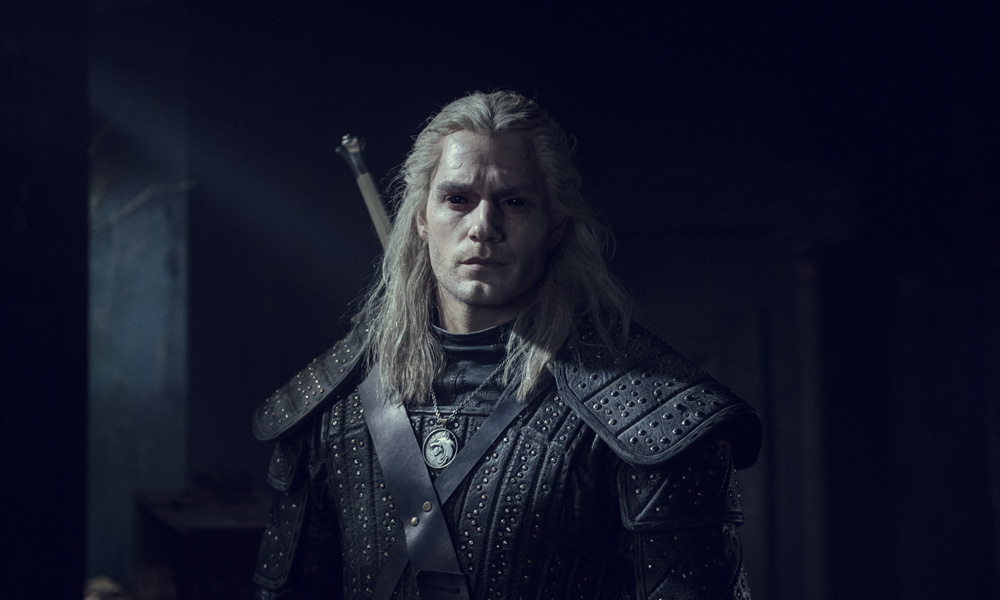 If you guessed that a much-anticipated series based on a supernatural breed of monster hunters would have spectacular visual effects, you would be absolutely right. The new Netflix series The Witcher, which is based on Polish author Adrzej Sapkowski’s popular novels, stars Henry Cavill as Geralt the monster hunter, Anya Chalotra as a sorceress named Yennefer and Freya Allan as the mysterious mutant Ciri.

Showrunner Lauren Schmidt Hissrich (The Umbrella Academy) made a conscious decision to draw inspiration from the source material rather than the internationally renowned video games adapted from the fantasy drama. Given the nature of the story, which takes place in a vast and varied medieval land inhabited by sorcerers, elves and fantastical creatures, production VFX supervisor Julian Parry (Vikings) had to deliver a wide array of digital augmentation for each of Season One’s eight episodes.

“When I read the script, what came to mind was how similar it was to the scale of something like The Lord of the Rings,” notes Parry. “You’re dealing with the same aspirations and high expectations of what people are currently seeing on television and in the movies. Part of my job is to try to make sure that we’re doing visual effects that can be managed, service the script, and are achievable within a television schedule.”

The first season features just under 2,000 visual effects shots created over a period of six months by Cinesite, Framestore, One of Us, NVIZ and Platige Image. “We had to be aware of the episodic deadlines, needed to implement designs as early as possible, and got the vendors working on the shots as soon as we could.” 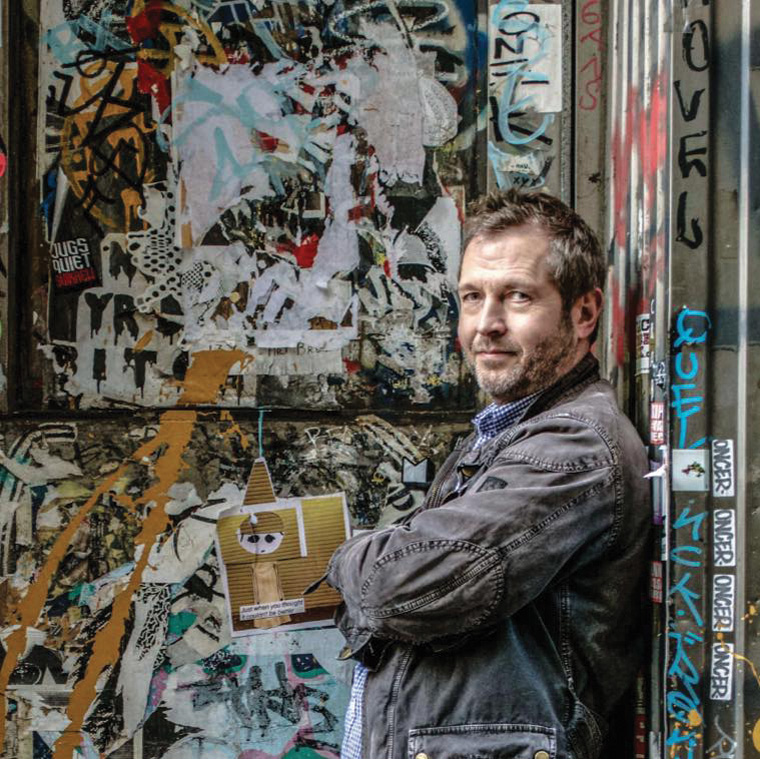 Creatures with Many Legs

First order of business was to conduct a limited amount of research. “I didn’t want to be contaminated by any outside influence, but instead decided to stay focused on how Lauren interpreted the books,” remarks Parry. “I drew upon my rich background in dealing with creatures as well as European and Slavic folklore in which The Witcher is set.” Outside of a couple of early designs produced by the art department, the visual effects department looked after the creation of the creatures. “Sometimes the creature design is all well and good until you want to make it work, let alone fight.”

A mixture of practical and digital effects was utilized to bring the creatures to life and have them interact with the cast members Cavill, Allan and Chalotra. “Occasionally, we went pure CGI and had a proxy device for the actors.”

In the opening sequence of the first episode, Geralt of Rivia is in a swamp battling a massive arachnoid known as the Kikimora. “A lot of our creatures have numerous legs!” laughs Parry. “In the case of the Kikimora, director Alik Sakharov (Game of Thrones) wanted it to be like a fighting machine. It’s tricky to keep the creature balanced and attacking at the same time. We knew from the script what type of creature it needed to be, did some quick motion studies and shoehorned those all into place to come up with the final animation.”

“Henry is not on a greenscreen stage,” says Parry. “So, it’s about making sure that the actor is engaged. On The Witcher, there are a handful of greenscreen shots. The rest of it is in a real set or environment.” 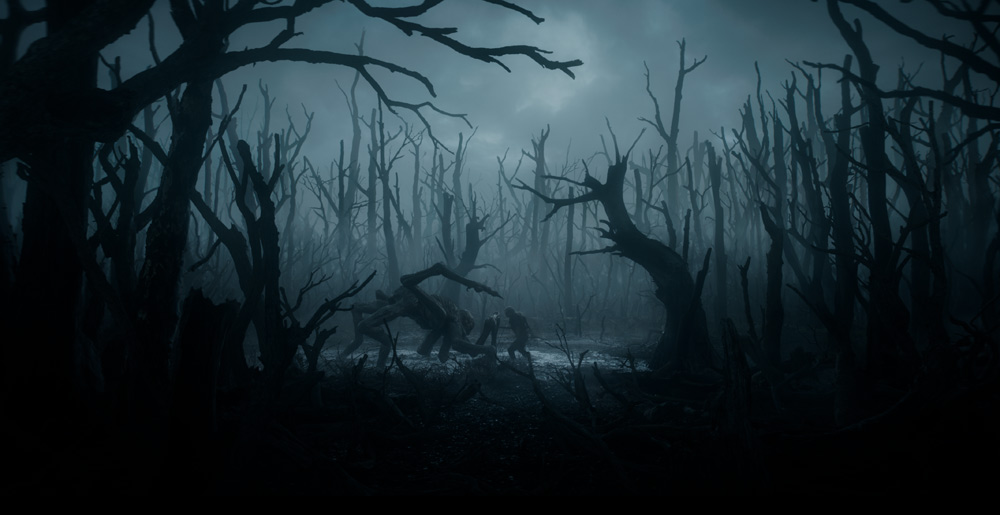 Outside of the Kikimora, all of the other creatures were integrated into live-action plates shot on location. “Creatures will be seen in forests or caves or running across the desert,”he notes. “Each creature brings their own set of challenges. We had many Ghouls to deal with. They come from underground, like moles. We had to work out the animation of how the Ghouls were going to appear out of the ground, run around and move. This was in episode eight, we were running out of time so needed to be efficient in the way it was going to be shot and be post produced. We went for a halfway point between motion-capture and prosthetics. The stunt team arranged for small performers to perform the role of the Ghouls to interact with Henry, and then we pulled the production plate apart and applied our Ghoul over the top.”

The series also features a fascinating new breed of insect. “When that came up in the script, I asked, ‘What’s a Roachhound? Are we doing a mangy dog?’ Lauren said, ‘No. We want it to be half cockroach and half dog.’ The company One of Us took on that particular project. That was straightforward because we wanted to have a cockroach move with the nuances of a hound.”

As expected, magic is interwoven into the narrative. “Lauren has built a clever arc for the magic,” observes Parry. “The power of Yennefer is hinted to in a couple of scenes. It is alluded that she might have the capability to hold energy. She stumbles across her power early on but not in a destructive way. She learns how to portal. The character arc grows stronger as the episodes continue on and has a catastrophic end use for that special energy and power that she has.”

A major plotline involves Ciri learning that she not just of royal blood but has magical abilities that make her an extremely powerful weapon. “Ciri has a similar arc,” explains Parry. “She is not aware of her powers, which are alluded to, and in the end also has a chaotic moment. This is what will ultimately bring Geralt of Rivia, Yennefer and Ciri together. The magic was dealt with in a sophisticated and chic way. Lauren wanted the magic to speak to the drama. For example, Mousesack [Adam Levy] is not a flash-bang-wallop kind of guy; his magic is grounded in nature.”

Another VFX highlight involves a desert sequence, where Yennefer conjures a sand portal. “Any environment that she went into the portal would affect one of the main elements that was within that place,” explains the VFX supervisor. “When I read that in the script I thought, ‘This could be one of our Achilles’ heels.’ What is a portal? It’s not a fixed thing. Everyone has their own idea. We had a good four months of researching the looks of our various portals. Different characters within the show have their signature portal. We didn’t want to do the water ripple effect or even a ring, which reminded us too much of Stargate.”

Another one of the show’s memorable images is that of a cosmic tree. “This is one of Ciri’s future visions and was a digital matte painting that was taken on by Platige Image in Poland. It was a production shot plate from the Canary Islands in the sand dunes. The only thing that is CGI is the tree itself.”

Meanwhile, it was the the team and VFX house Cinesite that looked after the epic battles taking place between warring kingdoms. “You have to be smart how you design the shot. The foreground is kept as real as possible and rely on the background becoming a simulation,” says Parry.

“There weren’t as many set extensions that you might think,” he adds. “I was a big advocate for building and getting in the real environment as possible. But the location work was not easy. We were shooting in Budapest in the mid-winter. It got down to minus 12 or maybe even lower. That was challenging for the crew.” 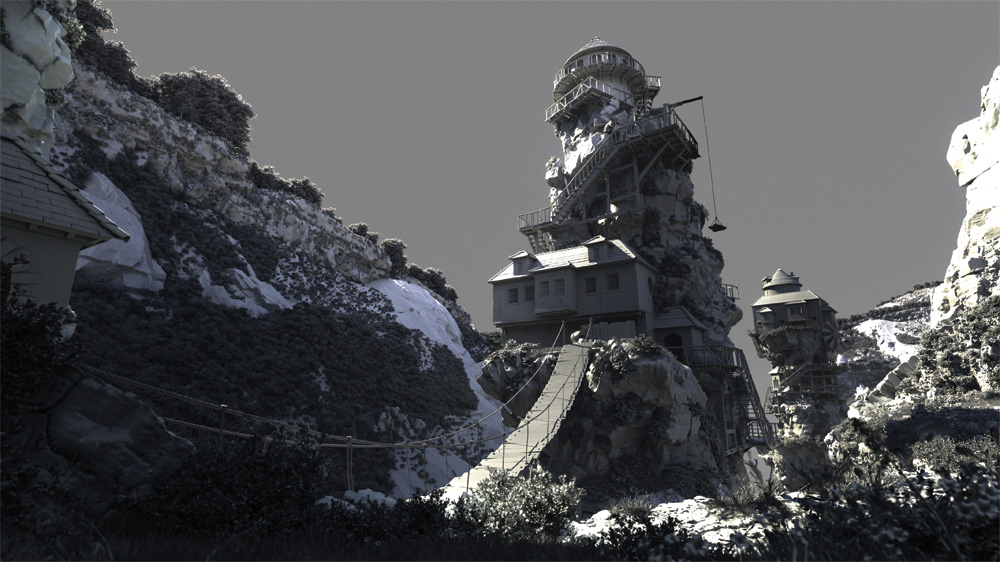 The scripts also proved to be quite ambitious. “I knew that it was going to be challenging from the onset because the expectation on the page was very evident,” says Parry. “Almost every minute of this series is a visual treat and that involves visual effects. I hope that viewers like the creatures and some of the gore is unusual and unique for a TV series. The trebuchet fire is beautiful. I just want people to enjoy The Witcher the way that I’ve enjoyed making the show.”

The first season of The Witcher is now streaming on Netflix globally. According to the streaming service, the show was its sixth most watched offering of 2019, although it only debuted on December 20th. 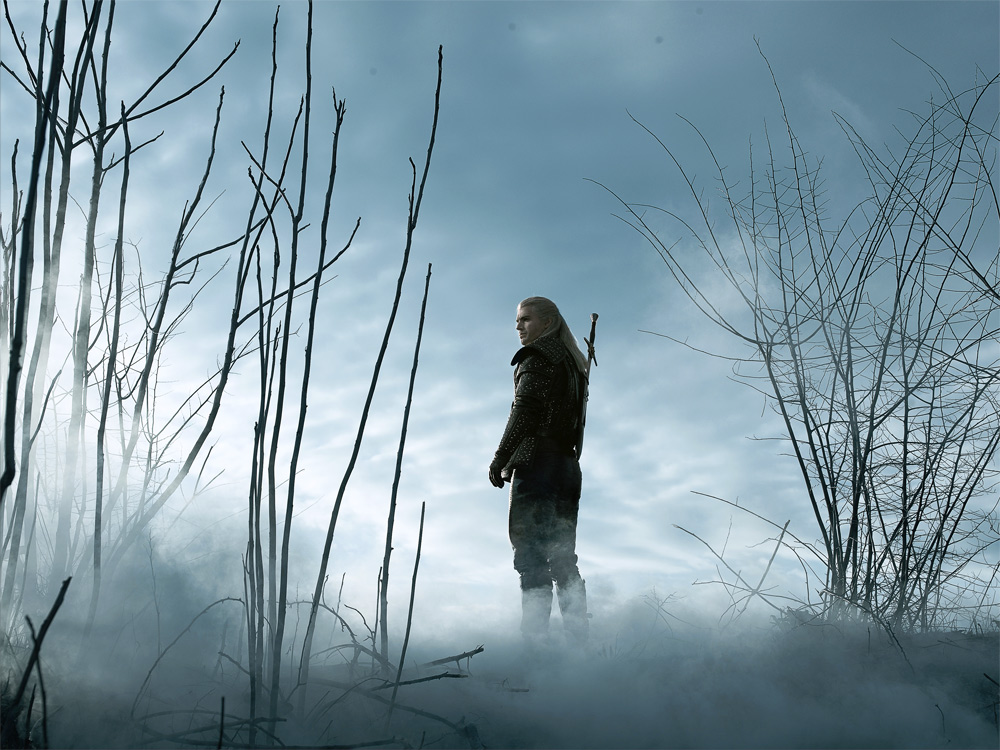