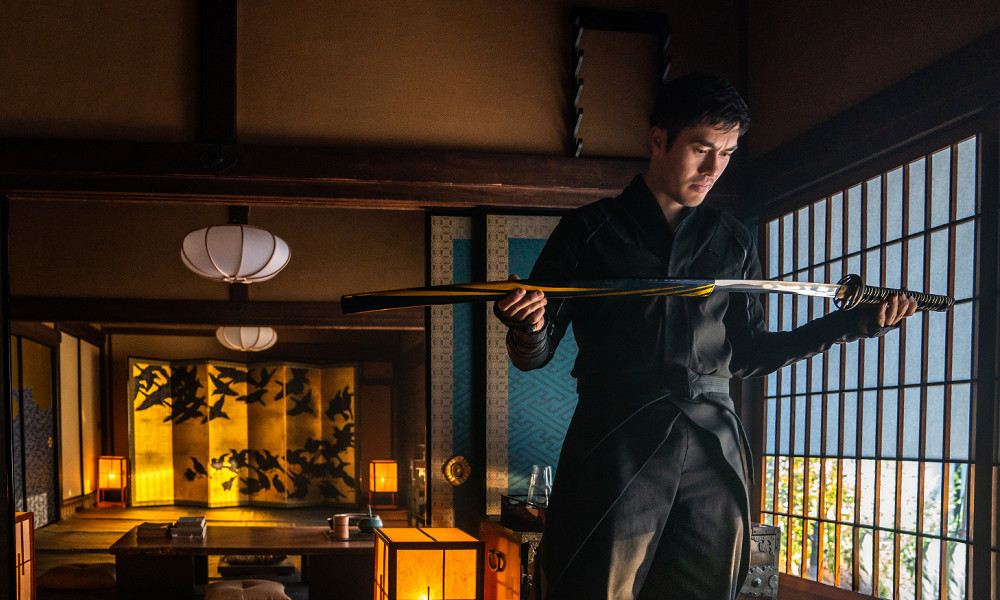 An iconic ninja warrior in the G.I. Joe franchise gets his own movie with the release of the summer thriller Snake Eyes: G.I. Joe Origins. The action-packed film is directed by Robert Schwentke (Flightplan) and stars Henry Golding, Andrew Koji and Úrsula Corberó. The storyline centers on the mysterious lone fighter who is trained by an ancient Japanese ninja clan called the Arashikage, but finds his loyalties tested when secrets from his past are revealed, as he eventually goes on the path to become the famous hero. The project utilizes practical and digital effects, with visual effects supervisor Olaf Wendt (Ad Astra) dividing 1,100 shots among Mr. X facilities in Toronto, Montreal and Bangalore.

“Snake Eyes [Henry Golding] starts off as a streetfighter and ends up as this accomplished samurai in the Arashikage costume, which is where the story ends,” Wendt tells Animation Magazine. “You also have characters like the Baroness [Úrsula Corberó] who are well-known that enter the movie.” 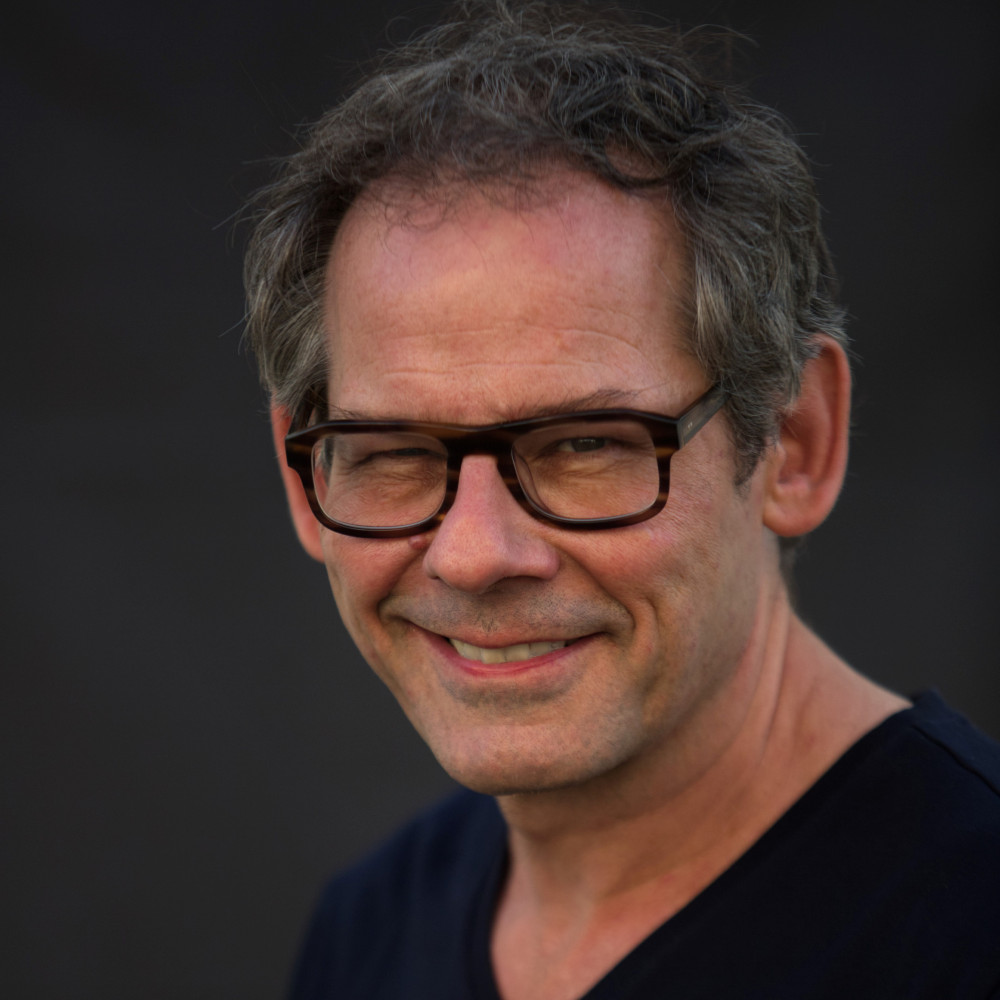 The production spent two months in Japan shooting at Himeji Castle, Kishiwada Castle and Horyuji Temple, as well as around Tokyo, Osaka and Hiroshima. “[Our director] Robert Schwentke was after something that still felt grounded in realism. One of the big things for him was to shoot in Japan to get this feeling of authenticity. We were also working with a lot of Japanese crew and stunt guys. That was the starting off point. We’re still having sword fights on top of a car carrier whizzing down a Japanese freeway. The Arashikage have their own mythology and this special weapon called the Jewel of Amaterasu. Snake Eyes and Tommy/Shadow Storm [Andrew Koji] have superior fighting abilities, but they’re still [regular] people not superheroes.”

The signature action scene where Snake Eyes jumps from vehicle to vehicle on a freeway was filmed in Vancouver. “We shot on an airstrip with 25 stunt cars and a car carrier. The remaining shots were captured on a bluescreen stage. Sometimes the stunt guys were replaced with digital doubles because they couldn’t quite get the trajectory that Robert wanted. There are a couple of mini-oners [one-take scenes] where we go from airstrip to bluescreen back to airstrip footage within the same shot.”

The special effects team was responsible for creating a hydraulic rig to hold and shake the car carrier onstage. “In the end, we had to tone it down because you don’t want your principal actors to fall off — but things like that add so much to the sense of realism.”

According to the VFX veteran, atmospherics were critical in delivering the necessary visuals. “Some of the nights got foggy, which I loved because then the car headlights pick out the shapes. We made a point of building a fog system in our CG freeway and used that to enhance all of the shots where we had to add or extend the CG environment. Sometimes it was added on top of the plates.”

Then, there is the scene in which Snake Eyes has to battle three 50-foot-long anacondas as part of his initiation into the Arashikage Clan. “You look at real anacondas that get quite big and also bigger animals to see how they move,” explains Wendt. “These creatures have to feel threatening and move quite fast, but you also need them to feel big. When we started slowing the animation, they started feeling bigger, but at the same time you have to keep the sequence moving.”

The R&D team worked on developing a new scale system that accurately placed individually modelled scales on the bodies of the anacondas. “The scales follow the movement rather than slide against each other,” notes Wendt. “Given the size of those things, I always thought it would be necessary to go down to that level of detail. We did have some snake wranglers and three stunt guys in suits with giant snake heads modelled out of Polystyrene — or, in some cases, ping pong balls on sticks — to give the actors some eyelines. You always need a reference point so the camera operator can get a feeling for how big that thing is going to be in frame and something for the actors to play off of.”

Fans of the franchise know that swords play a big part in this hero’s journey. “Most of the sword fights were fought with full length swords, but for safety you can’t use metal blades because people are hitting each other,” says Wendt. “They’re using rubber blades which in many cases have to be enhanced. We would use cut-off swords if it gets too dangerous. For example, errant swords and motorbikes don’t mix. The blades that we used on set looked good but would sometimes wobble so you have to straighten them, or didn’t feel reflective enough so you add [reflections] in.”

The Arashikages’ Jewel of Amaterasu, named for the Japanese goddess of the sun, also plays a big part in the overall plot. “It looks like an avocado-sized jewel,” says the supervisor. “We had a fantastic prop that gave us beautiful interactive light, but had to be replaced because the jewel has the power of the whole sun encapsulated in it. We did quite a bit of look development and created this quite intricate simulation. The Jewel of Amaterasu can be used to incinerate people and buildings.”

“Clearly when we shot at Himeji Castle or Kishiwada Castle, which Kenta [Takehiro Hira] blows up using the jewel, you can’t do any practical, so we had to add everything,” he points out. “But we also shot a backlot of the Arashikage Compound where we had a bunch of period style Japanese buildings and could do a bit of practical fire. Then we went to shoot specific fire elements. We actually built some temporary structures resembling these Japanese buildings, set them on fire, and shot plates. We used that to put bits of fire around the compound.”

Snake Eyes’ costume and motorbike were done practically. “We just added the visor and had a bunch of fully functional electric motorbikes that could accelerate in two seconds.” However, the Blind Master portrayed by Peter Mensah, was aided by a CG effect. “We shot a little bit of him with contact lenses but, for a couple of reasons, they didn’t work out. So, we had to modify his eyes to look blind on quite a few shots.”

Postproduction coincided with the global lockdown caused by the COVID pandemic. “It has always amazed me how quickly everybody could adapt and handle a big show like this with everyone working from home,” states Wendt. “We were lucky that we were able to get the film in the can before the lockdown hit and our transition to work-at-home was at the beginning of post, not during the middle, so we had a bit of time to adapt.”

Looking back at the overall VFX challenges of his team, Wendt says the freeway chase and the scenes involving the massive anacondas were the toughest ones to produce. “I knew the snakes would need a custom scale system, which we then proceeded to build in R&D. The freeway chase changed as we didn’t anticipate having to replace as much as we did in the end; that grew throughout shooting. The big variable was Japan, how much we could shoot practically and how much we would need to add? We were pleasantly surprised that the footage required less treatment than we thought!”