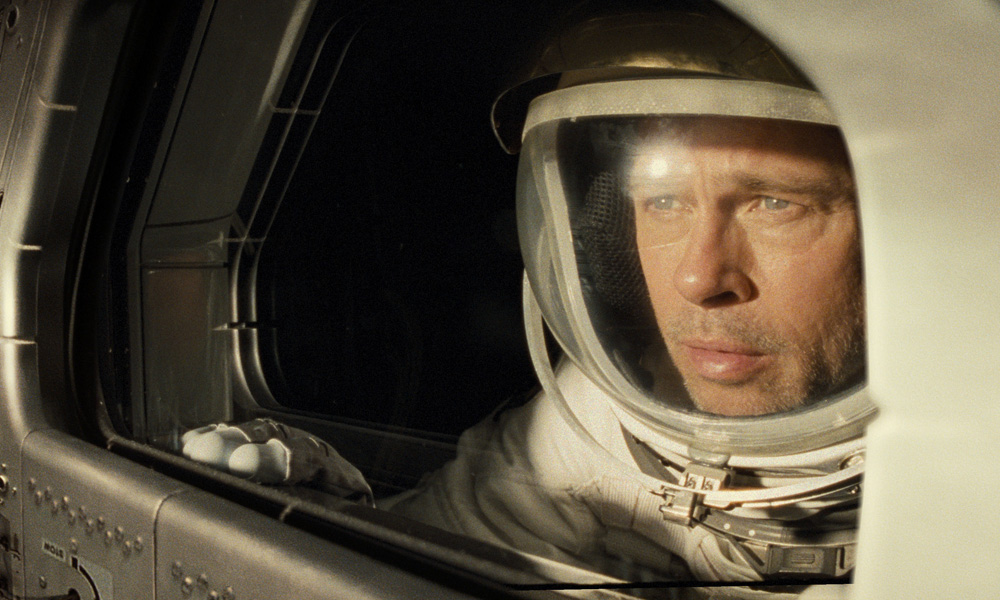 ***This article originally appeared in the November ‘19 issue of Animation Magazine (No. 293)***

Forty years ago, Francis Ford Coppola’s Apocalypse Now transferred Joseph Conrad’s revered 1902 classic Heart of Darkness from colonial Africa to 1970s Vietnam. This year, director James Gray (The Immigrant, The Yards) adapts the tale into a movie titled Ad Astra, a spacefaring drama centered on the strained relationship between a father and son, where the patriarch is feared to have gone mad. Despite journeying to the Moon, Mars and Neptune, the movie was initially not thought to be heavy on visual effects. As Allen Maris (Godzilla), who doubled as a visual effects producer and supervisor, points out, “Everybody went into this thinking that it’s going to be a smaller movie, because James Gray doesn’t usually do visual effects and spectacles.”

Contrarily, the film’s VFX shot count rose from 500 to 850, and VFX encompassed 75 percent of the feature: On top of three original vendors (MPC, Method Studios and Bot VFX), nine more were added, including Weta Digital, Mr. X, Pixel Pirate, Vitality VFX and Lola VFX. “They were like, ‘Allen can oversee this like he normally does with these other smaller movies that he works on, and we’ll let the vendors supervise their work,’” notes Maris. “It quickly became apparent halfway through prep that it wasn’t going to be the case, and we actually needed a supervisor. So, I quietly stepped into that role.”

Production designer Kevin Thompson (Okja, Birdman) was tapped to build the film’s extensive sets. “For the antenna, we had a 20-foot-tall section that Brad Pitt is climbing,” says Maris. “We shot that from up high and then there was the lower section. Those two components were married together digitally where needed.”

Instead of miniatures, the production used CG to depict the film’s spaceships. “We discussed miniatures, since cinematographer Hoyte van Hoytema [Dunkirk] and James were interested in doing it,” states Maris. “However, I’ve had issues with miniatures in the past where people would not commit to shots or get into post and want to change them, so you’re building in CG anyway. You can create some great-looking CG these days.”

The film’s main ship is called Cepheus, with others being the Moon shuttle, Vesta IX and Lima Station. As the VFX supervisor explains, “We underestimated the amount of detail that was needed on these ships. Certain aspects such as the exterior of the shuttle when we launch from the Earth was a no brainer because we’ve been doing that forever. But the reality is it’s a really hard lighting environment to get right between what is real and fake. For the Cepheus, we would be focusing on almost every single angle so the ship had to be fully detailed out. The Vesta, which is one of the stops on the way to Mars, is like an ISS station; we only detailed out the certain angles that were needed.”

To contain the number of unwanted reflections, van Hoytema deployed a device he developed for Interstellar. “Hoyte had this half-domed mirror that he would poke the camera through and then shoot through that,” reveals Maris. “It would essentially whittle the camera reflection down to a small area. A lot of our stuff is in deep space, so we’re not reflecting the Moon in many shots.”

Another innovation was the manner in which the moon rover battle sequence was captured using ARRI ALEXA XT cameras converted to infrared. “We used this 3D rig that you normally shoot a stereo movie with and instead of using two cameras to create the stereo, we aligned them to extract and overlay the infrared footage with the 35mm film footage,” says Maris.

Ins and Outs of Gravity

While zero gravity was not a major story point, it was essential in making the space scenes believable. “On this one we built a vertical set and did extensive wirework,” notes Maris. “Hanging people from up high travelling through the set to make it feel like they were floating through; that was how we did the big wide shots. Anytime there was dialogue we would go to the horizontal set and put the actor on a little teeter totter or some sort of floating rig.”

Another crucial point was that gravity varies on Earth, the Moon and Mars. “James didn’t like the idea of trying to play the gravity changes, as it would detract from what he was trying to do with the story,” explains Maris. “For all of the interior scenes on the Moon, it’s one-to-one gravity. However, we tried to do as much as possible to be faithful to what it would be like if you were actually out on the Moon. We over-cranked the camera on a couple of exterior shots of Mars to give you that slightly lighter feel.”

Maris mentions that the VFX and design teams used real scientific sources as reference material. “We used the pictures from the Apollo missions or Saturn V rocket launches,” he recalls. “James used this term ‘media memory,’ which is the stuff that we remember from the Apollo missions and space shuttle program. We mimicked a lot of the camera angles that they used to shoot the launches. There is quite a lot of great reference out there. Unfortunately, there is very little out there on Neptune. We talked to planetary scientists from NASA and UCLA. From there, we had to make some creative decisions to fill in the blanks.” Both MPC and Mr. X needed Neptune for their shots. “We were doing a dual track to see if somebody would come up with something better than the other one. We were mixing and matching different pieces,” he notes.

Interestingly enough, the amount of floating junk in space also needed to be art directed. “The trip from the Earth to the Moon was kept debris free, as it would be distracting,” says Maris. “Then, as we get out into space to Neptune, there is a little bit of debris from the Lima Station — which is damaged and has been out there for 30 years. The space dust was tricky, particularly with Neptune. The small ring is 3,500 kilometers (2,185 miles) wide and the big one comes out 5,000 kilometers (3,107 miles) wide. The people I talked to about them said the reality is, if you’re in those rings you wouldn’t even know that you’re in one. It’s like being in a dust storm, except you can’t see the dust particles around you. It’s only because of our vast scale that we get to see that they actually form this ring.”

Gray did not want to go so futuristic that audience members would start questioning the technology. “As soon as you try to make something futuristic, you date yourself,” observes Maris. “His solution to that was to have an alternative universe. If the space program continued to get funding like it did in the 1960s, then maybe that’s where we were 50 years from now. Space exploration and tourism would be common.”

When it came to the Moon complex, the idea was that the buildings were constructed from 3D printing. “They were taking Moon materials, and reconstituting them to create the materials to build the stuff,” he explains. “We had a homogenous feel to these types of textures and buildings; that’s why we used a lot of signage and accessories to help populate the buildings so they didn’t feel like one giant concrete structure. The one area where we land on Mars is like a small outpost village. We were inspired by the modular structure of the research facility in Antarctica.”

Looking back at the experience, Maris says the biggest challenge was the idea that Ad Astra was envisioned as a small movie. “When you’re doing a movie like Godzilla or Prometheus, people know that it’s a big visual effects movie, so whatever you need they will help to figure it out,” he notes. “Whereas when the visual effects are seen as secondary, getting people to realize how important they were was difficult.” He says a personal favorite is the Moon battle sequence. “I’m interested in people seeing it because we haven’t seen something like that before, and it’s quite a great sequence,” Maris admits. “I’m happy with how everything turned out.” 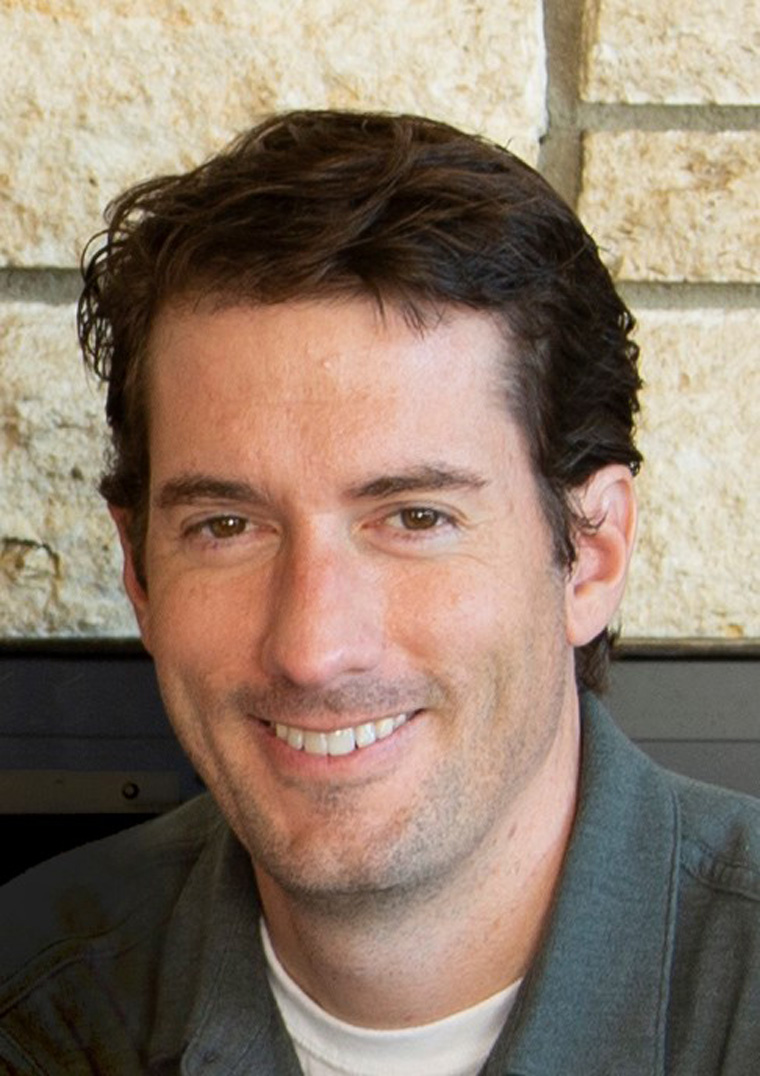