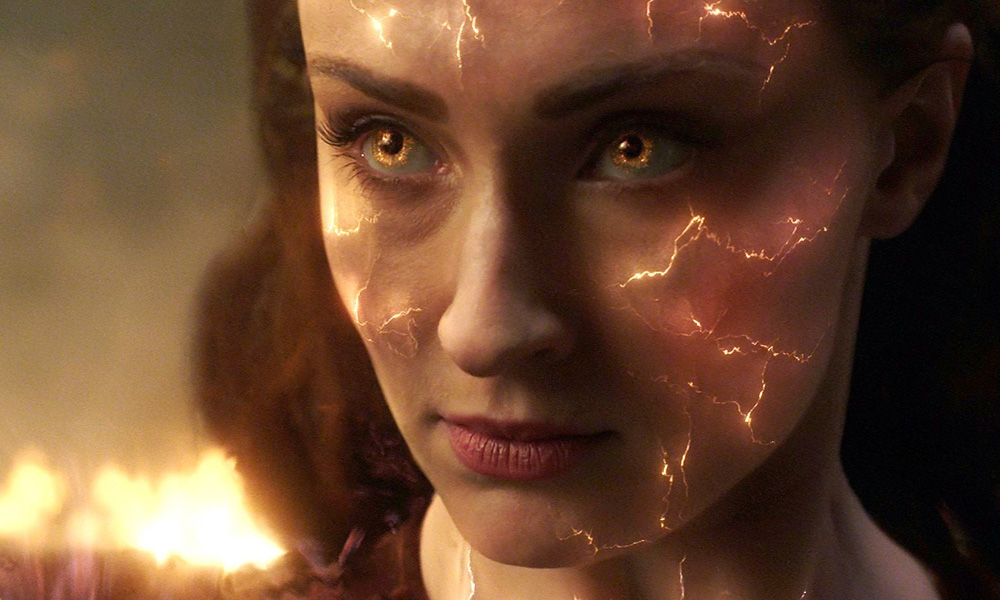 Dark Phoenix is clearly the end of an era. The final X-Men movie to be conceived and made at Fox prior to its absorption into the folds of Disney and Marvel Studios, director Simon Kinberg set out to make more of a character-driven film while taking a second stab at adapting the most-acclaimed X-Men comic-book story of all time.

“The visual effects were always there to try to enhance and complement the performance, but he was very clear that we should never let them kind of take over and maybe overwhelm the performances,” says overall VFX supervisor Phil Brennan.

The classic tale originates in a comic-book story published in 1980, in which founding X-Men member Jean Grey’s cosmic-boosted powers are corrupted, causing her to lose control and commit an unspeakable act of villainy, and eventually to atone for it by taking her own life. Kinberg and writer Zak Penn partially adapted the story in 2006’s X-Men: The Last Stand, with unsatisfying results that he hoped to rectify with Dark Phoenix.

The film begins with a flashback sequence to young Jean Grey as her powers begin manifesting, and cause a car crash that appears to kill her parents but leaves her unharmed. VFX Supervisor Alexandre Ménard of Rodeo FX in Montreal says the 50-shot sequence required classic car work, integrating back plate footage into green screen for interior views of the car and then enhancing location shots of the collision.

“When they rig the car, they remove the windows and they make it lighter,” he says. “We had to put back the interior and added some CG doubles and enhance the crash with more glass coming out and debris.”

A LiDAR scan of the car was used to create a digital double while the digital doubles inside the car were keyframe animated with cloth and hair simulations added.

Additionally, a telekinetic bubble was subtly created around Jean to show her powers protecting her. “It became an invisible force field that we only see through the negative space,” he says.

Bringing Nightcrawler’s (Kodi Smit-McPhee) “bamf” into space was a real challenge because not only is it seen in zero gravity but during slowed down Quicksilver time, which was itself hard to portray in that environment. “He’s moving quickly and everything else is kind of frozen in time, and that’s a little bit of what happens without gravity anyway,” says Brennan.

The movie finally satisfied fans’ desire to see Dazzler on screen, giving the singing, light-generating mutant — played by The Orville‘s Halston Sage — a moment during an early sequence set at an impromptu school party.

“I kept thinking of those iconic comic-book covers of diamonds of light flying through the air, and one of her powers is to dazzle people so they can’t even see or know where they are, but all of that would have been too intense,” says MPC VFX Supervisor Greg Butler. “It just ended up being a more sort of dreamy, peaceful, rhythmic particle show with little glimmers of light as the particles clump and move around, and some atmospheric environmental lighting among the trees to play it as more of a slow, chilling-out party than a classic Dazzler disco scene.” 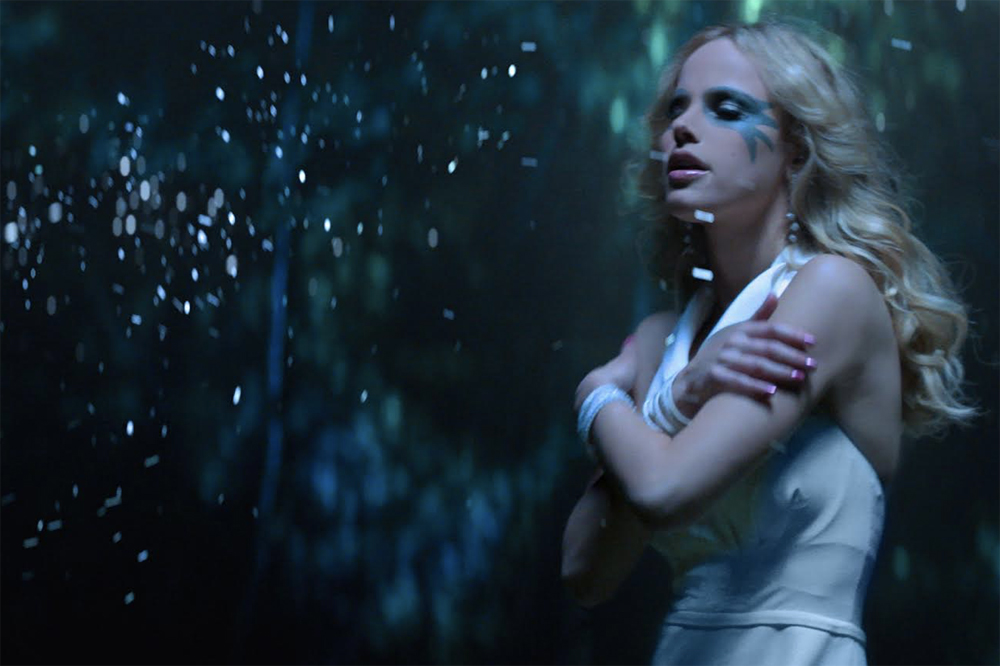 The key story moment comes with the cosmic Phoenix force joins with Jean. The look of the force started out more conventional and fiery but evolved into something more cosmic, Brennan says. “As the story evolved, we pushed it more and more cosmic and again started drawing on some combination of gases and liquids in terms of simulations to try to pay a little more homage to the cosmic nature of things,” he says.

That thought process carried over to the movie’s signature effect: the transformation of Jean Grey, played by Game of Thrones alumna Sophie Turner, into Dark Phoenix. The effects also had to achieve a level of believability and subtlety to fit with Kinberg’s focus on character and Turner’s performance. Effects were created not just for her eyes and skin, but for here interaction with the environment.

Butler says there was a long period where the filmmakers were working out the extent of the effects of they wanted to use to show Jean’s changes and had to be ready to adapt. “The challenge for the technology was keeping up with the evolution of the design, not knowing if it would be a subtle effect or very much a not subtle effect,” he says.

It’s just not an X-Men movie without a Cerebro sequence, and Brennan says they tried a different approach for a scene executed by Rising Sun Pictures in which Jean’s memories are projected onto its spherical interior.

“The biggest thing was to put ourselves in this underwater inky world and project memories into that world, and have those become part of that inkiness and fly around through it,” he says. “It’s very CPU intensive, so there was a lot of in-between, very previs-y looks to try to editorially make the sequence work without having to render it to its almost final quality,” he says.

Actors interact with the green screen.

The X-Men confront Dark Phoenix in a New York City-set sequence that starts in Central Park and sees Magneto (Michael Fassbender) pull a subway car up to the street and into a Fifth Avenue embassy. Most of the sequence was shot on a stage, with MPC surveying and building digital parts of Fifth Avenue to extend the set and insert images of endangered pedestrians, Brennan says.

The classic superhero fight gave MPC a chance to refine the effects used for the X-Men’s powers, such as Cyclops’ (Tye Sheridan) eye beams, Nightcrawler’s bamfing and Storm’s (Alexandra Shipp) weather control. Brennan says previous X-Men movies were examined to determine the best versions of each power and then finding ways to enhance them.

“We try to take that same vibe of the bamfing from X2 but use today’s technology so that we can do a lot more with particle effects and we can light them much better and we can include a lot more of the motion of the characters into the effects,” he says.

The third act moves the story to a train and gave the VFX team a chance to work with the storyboard artists and second-unit director on how the action plays out. “We do get to all sit down together and come up with ideas and then ultimately bring them to the theater, which is really nice,” Brennan says.

The sequence in which the cosmic, final fate of Dark Phoenix is revealed was completed by Scanline and culminates the character’s effect arc. Additional effects were created by Soho, Mel’s and an in-house team in Los Angeles. The final film had around 1,700 shots, of which 1,350 featured VFX. While that number is low, Brennan says the shots were longer than is normal for this kind of movie.

What the future holds for the X-Men franchise is unknown, though with Dark Phoenix‘s disappointing critical and box office performance, plus the reversion of the franchise rights to Disney and Marvel Studios, an era has definitely come to its end.

“There’s been some quite mixed response to the film, so whether or not we got it right, I don’t know,” says Brennan “But visually, I’m pretty happy with how it turned out. I think it does a fairly effective job of telling the story.”

Dark Phoenix is in theaters now.