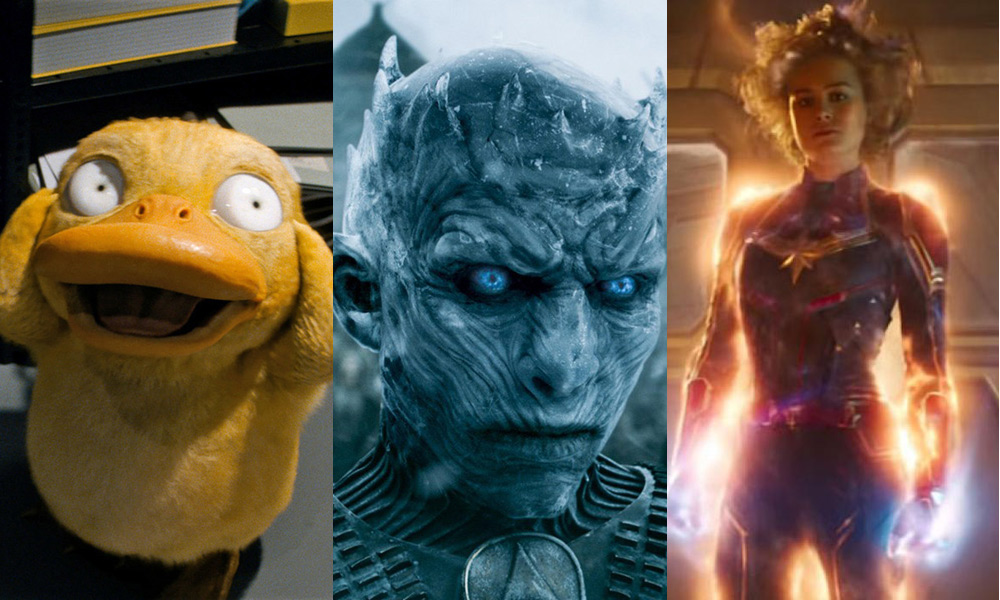 VFX supervisors are arguably the unsung heroes behind most, if not all, of the biggest successes at the box office and on television, streamlining the work of dozens of visual effects studios to help transform words in a script into some of the most memorable cinematic spectacles of our time.

Animation Magazine has rounded up 10 of the hottest VFX supervisors whose work over the past 12 months has dazzled and delighted audiences, with effects ranging from photorealistic animals serving as lead characters to immersive digital environments and larger-than-life creature animation. A mix of veteran and upcoming talent, these 10 individuals have each more than earned their place in the spotlight. 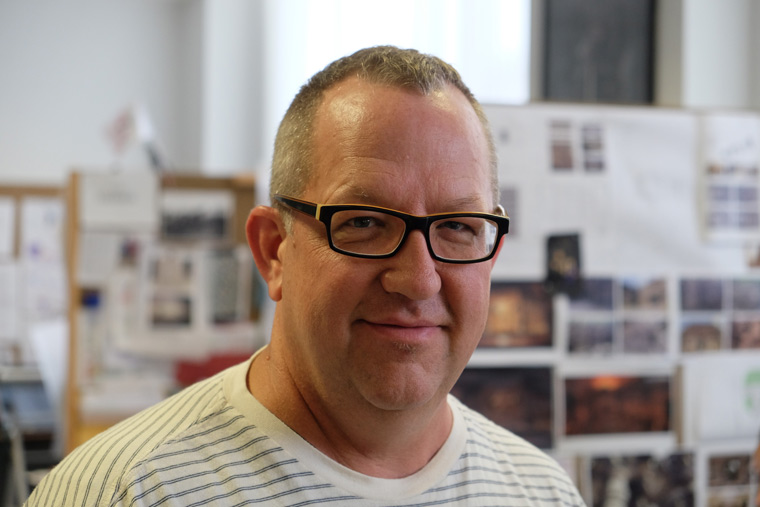 As the Overall VFX Supervisor on HBO’s acclaimed fantasy series, Game of Thrones, which recently completed its eighth finale season, Joe Bauer may be one of the most readily recognized names working in visual effects today. His career began on Star Trek: The Next Generation and has continued through more than 20 feature films, including the Steve Carell comedy Get Smart and Jon Favreau’s Elf.

From shot and sequence design, to the sometimes unorthodox combinations of low and high-tech VFX plate photography, to directing performance animation and guiding digital finish, Bauer has overseen the visuals for GoT since its third season, delivering more than 10,000 shots across 50 episodes and garnering six Primetime Emmy Awards, as well as a host of other industry accolades.

Many sequences and character assets were shared among vendors, such as the iconic dragons, which doubled in size nearly every season. Featuring immersive environments, massive crowd sequences and increasingly complex digital characters, Game of Thrones presented an enormous challenge to Bauer and VFX Producer Steve Kullback, both of whom worked with a number of effects houses — including lead VFX studio Pixomondo — to achieve the spectacular visuals critics and fans came to expect. 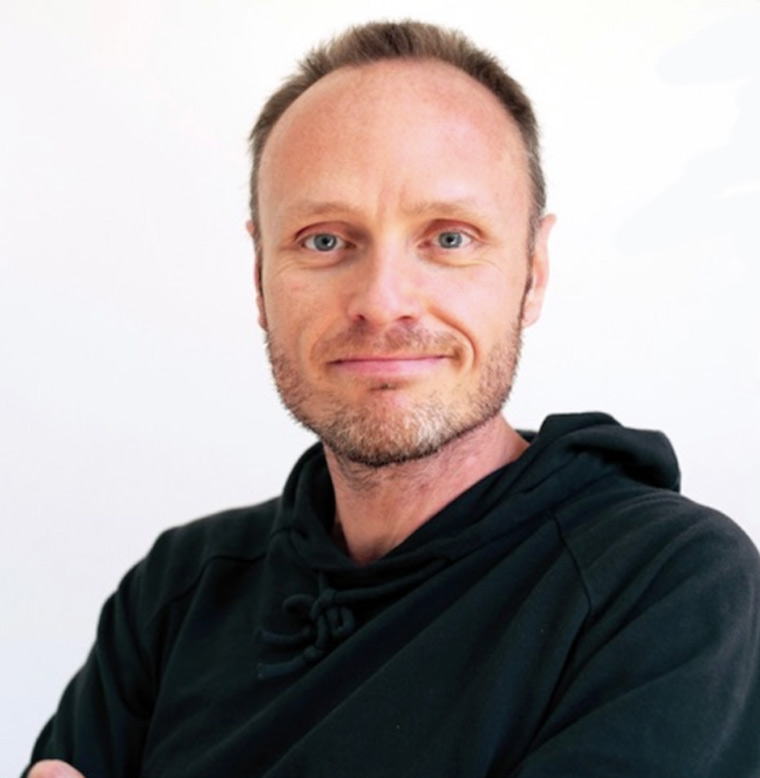 A veteran of the Marvel Cinematic Universe, Stephane Ceretti has served as a Visual Effects Supervisor on Captain America: The First Avenger, Thor: The Dark World, Guardians of the Galaxy, Doctor Strange, Ant-Man and the Wasp and, most recently, Avengers: Endgame.

As the main Production VFX Supervisor on Guardians of the Galaxy and as Visual Effects Supervisor for Marvel for Doctor Strange, Ceretti has been nominated twice for an Academy Award and equivalent BAFTA and VES honors. The French native got his start in the VFX industry at BUF Compagnie in Paris in the late ‘90s, where he worked on Joel Schumacher’s Batman and Robin and countless commercial spots before moving into VFX supervision on Tarsem Singh’s The Cell.

Since then, Ceretti has brought his talents to numerous feature films, including the Wachowski siblings’ sequels to The Matrix, Oliver Stone’s Alexander, Batman Begins, Harry Potter and the Goblet of Fire and Prince of Persia: The Sands of Time. He later worked with Method Studios and MPC in London, where his stint as 2nd VFX Supervisor on the shoot of Captain America led to 20th Century Fox’s X-Men: First Class and co-supervision for Warner Bros.’ Cloud Atlas. 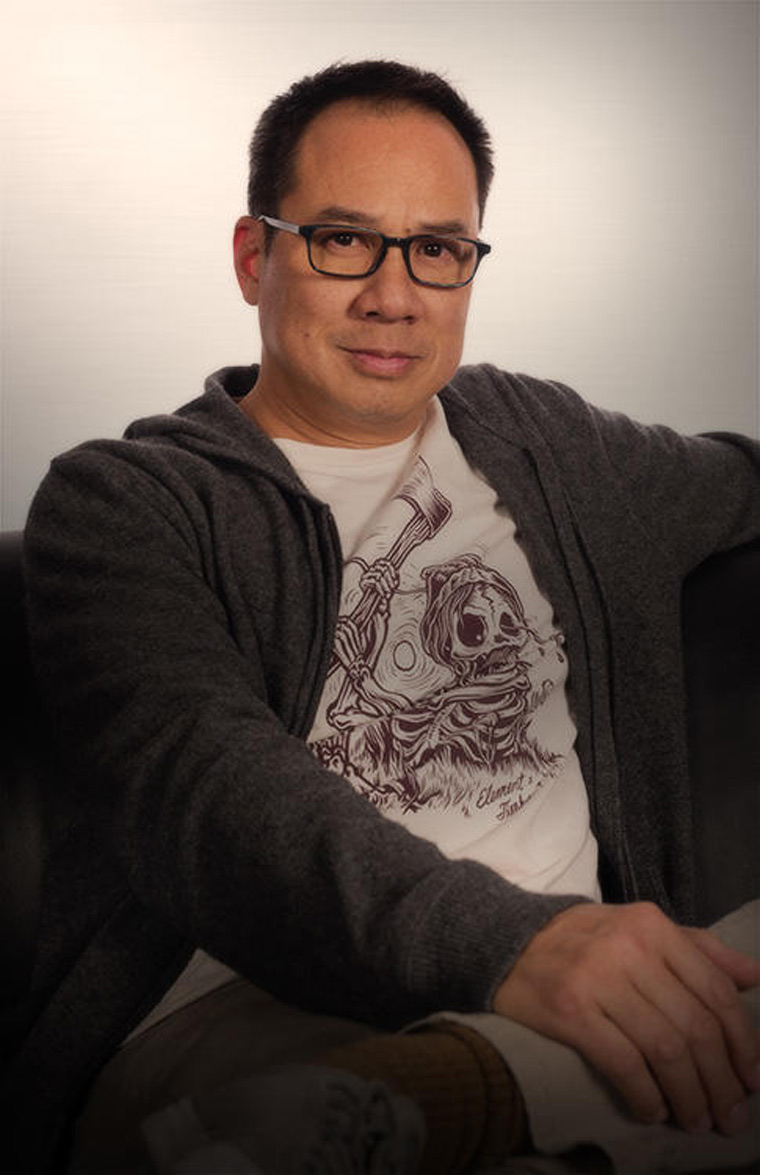 As Senior Visual Effects Supervisor at Sony Pictures Imageworks, Jerome Chen has a lengthy list of bona fides, most recently supervising the visuals created for Men In Black: International, and making his directorial debut with the “LUCKY 13” episode of Netflix’s critically-acclaimed animated anthology LOVE, DEATH & ROBOTS, presented by Tim Miller and David Fincher.

Previously, Chen supervised Jumanji: Welcome to the Jungle, Suicide Squad, Fury and the Marc Webb-directed The Amazing Spider-Man and The Amazing Spider-Man 2. With earlier film credits including Godzilla (for which he received an Annie Award nomination for Best Special Effects Animation in a Feature Film), Contact, James and the Giant Peach, The Ghost and the Darkness and In the Line of Fire. Chen was also Senior Visual Effects Supervisor on Robert Zemeckis’ Beowulf and The Polar Express. He applied his outstanding talents on the two Stuart Little films, creating the first all-digital character to star in a live action film.

Chen earned his first Academy Award nomination for the groundbreaking visual effects in Stuart Little, recognizing his advances in the development of digital imagery techniques including innovations in digital lighting, compositing, fur and cloth. For Stuart Little 2, Chen invented the complex feather systems and perfected the photoreal integration for the film, which won the Prix du Long Metrage (Best Feature Film) at the Imagina Awards in 2003. 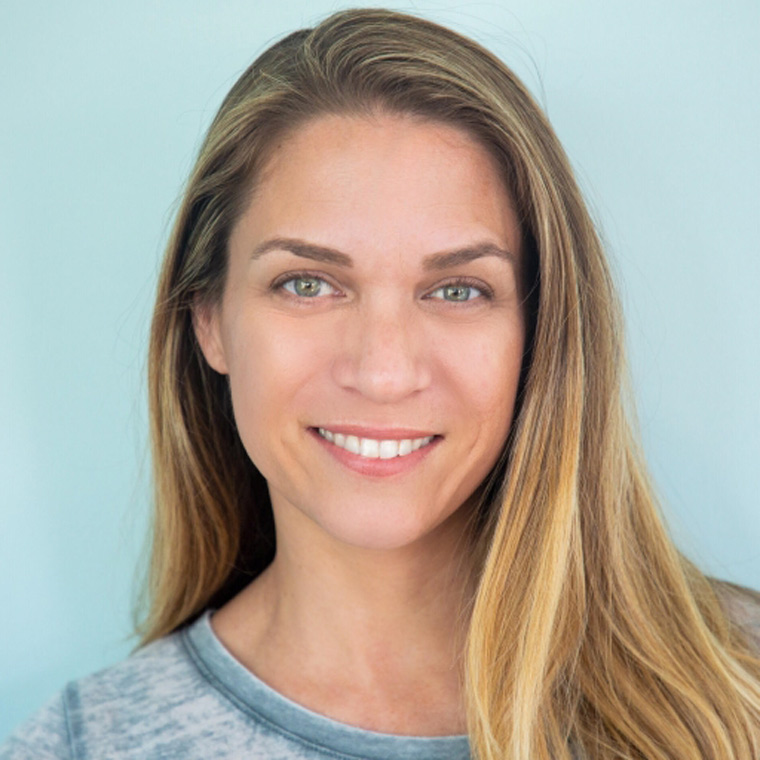 Janelle Croshaw Ralla is an award-winning VFX Supervisor known for her groundbreaking work on David Fincher’s The Curious Case of Benjamin Button, Spike Jonze’s feature film Her and, most recently, the de-aging work for Samuel L. Jackson in Captain Marvel.

Specializing in working closely with cutting-edge auteur directors to realize their visions, her collaborations with Fincher also include his 2007 film Zodiac, as well as the music video “Only” for Nine Inch Nails and a series of notable ads for Motorola and Heineken. In addition to overseeing the visuals for Her, Croshaw Ralla also collaborated with Jonze on his strikingly memorable brand film for Kenzo, My Mutant Brain, as well as last year’s “Apple: Welcome Home.”

Beginning her career in visual effects at Digital Domain in 1999, Croshaw Ralla has since worked for many companies around the world on both the vendor and studio sides, including supervising the effects for 2010’s TRON: Legacy. With a keen eye for seamless photorealism, she is equally comfortable working in the worlds of motion pictures, television, advertising, special venue projects and virtual reality, as evidenced by her 2012 award-winning collaboration with Dr. Dre on the digital Tupac Shakur concert performance at Coachella. 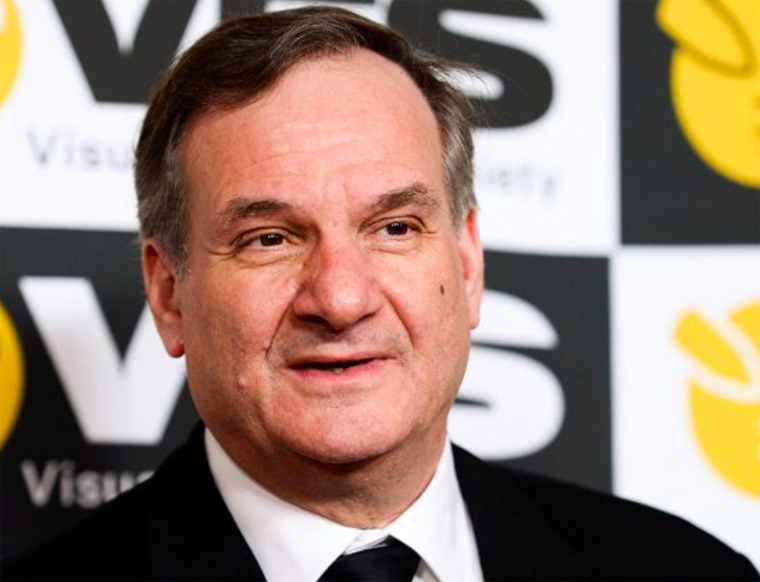 With a distinguished list of credits and industry accolades too numerous to list, Visual Effects Supervisor Rob Legato has been nominated for four Academy Awards over the course of his career, winning three VFX Oscars for his contributions to James Cameron’s Titanic (1997), Martin Scorsese’s Hugo (2011) and Jon Favreau’s The Jungle Book (2016). Legato re-teamed with Favreau for 2019’s The Lion King, pushing the virtual production techniques employed for The Jungle Book to even further heights alongside lead visual effects house MPC.

Prior to his work in film, Legato supervised the effects for Star Trek: The Next Generation and Star Trek: Deep Space Nine, earning him three Emmy nominations and two wins. One of the earliest artists to join Digital Domain after it was founded in 1993, Legato’s first feature film was Neil Jordan’s Interview with the Vampire (1994). That led to Ron Howard’s Apollo 13, with Legato serving as the film’s VFX Supervisor and Director of Photography for the VFX unit, earning him his first Academy Award nomination and BAFTA Award in 1996. His next feature assignment, Titanic,went on to earn a total of 11 Oscars and became the top-grossing film of all time. 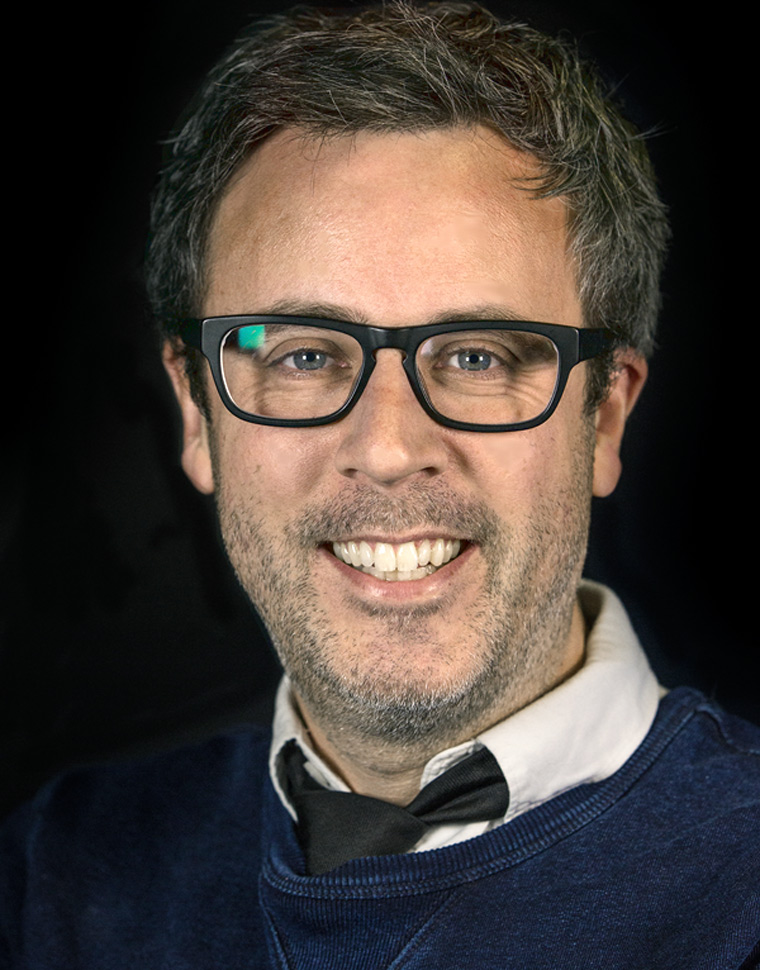 Bringing characters from 2D space into CGI is a daunting task under any circumstances, but how do you translate 65 beloved characters from one of the most iconic animated franchises of all time into believable CG versions, each with its own specific colors, textures and lighting integrated seamlessly into live-action environments?

With more than 15 years working on visual effects for major feature films, including supervising the VFX for Director Rob Letterman’s 2014 movie Goosebumps, Erik Nordby was up for the challenge. As the Overall VFX Supervisor for Pokémon Detective Pikachu, he was responsible for coordinating the work of four separate facilities and 25 creature designers located around the world to help realize Letterman’s vision for the film.

In his role as VFX Supervisor at MPC’s Vancouver studio, Nordby has also supervised Sherlock Holmes: A Game of Shadows, Tim Burton’s Dark Shadows, Journey 2: The Mysterious Island, Seventh Son and Fast & Furious 6, as well as bringing Electro to life in The Amazing Spider-Man 2 in 2013. In 2016, Nordby served as Overall VFX Supervisor for director Morten Tyldum’s Passengers, overseeing a wide range of effects including a gigantic interstellar starship and a dramatic zero gravity water sequence. 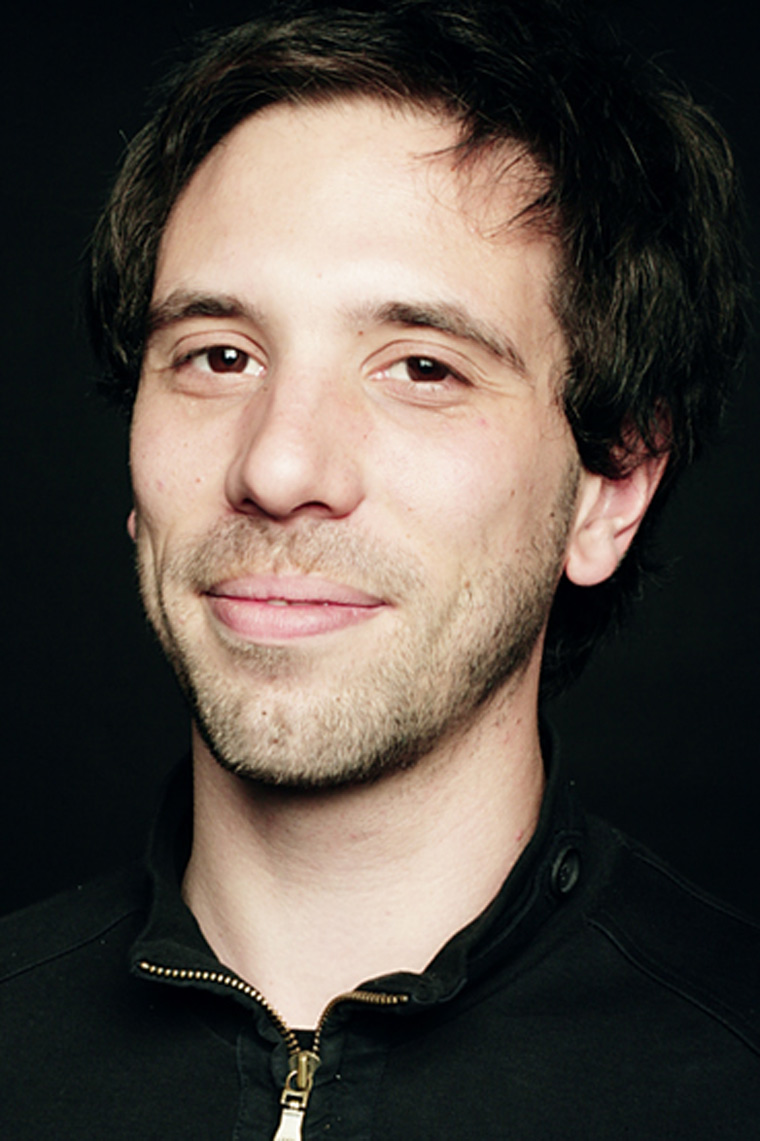 One of the biggest names in visual effects, Guillaume Rocheron has a lengthy list of impressive film credits and accolades, including an Oscar, a BAFTA and a VES Award for his work on the dramatic storm sequences in Ang Lee’s Life of Pi.

For Godzilla: King of the Monsters, Rocheron re-teamed with director Gareth Edward to oversee the creation of 21st century versions of the titular monster and his longtime foe Mothra that would be believable to audiences at a larger-than-life scale.

Rocheron began his career in 2000 at BUF Compagnie in Paris, where as a 3D Generalist he worked on Panic Room, Alexander, Batman Begins and The Matrix Reloaded. He joined MPC in London in 2005, contributing to such films as Harry Potter and the Goblet of Fire, X-Men: The Last Stand, 10,000 BC and Harry Potter and the Half-Blood Prince before accepting his first role as VFX Supervisor on Percy Jackson & the Olympians: The Lightning Thief in 2010. Rocheron led MPC’s teams on creating elaborate visuals for Sucker Punch, Fast Five and Zack Snyder’s Man of Steel, and also served as Production Visual Effects Supervisor on Rupert Sanders’ live-action adaptation of Ghost in the Shell. 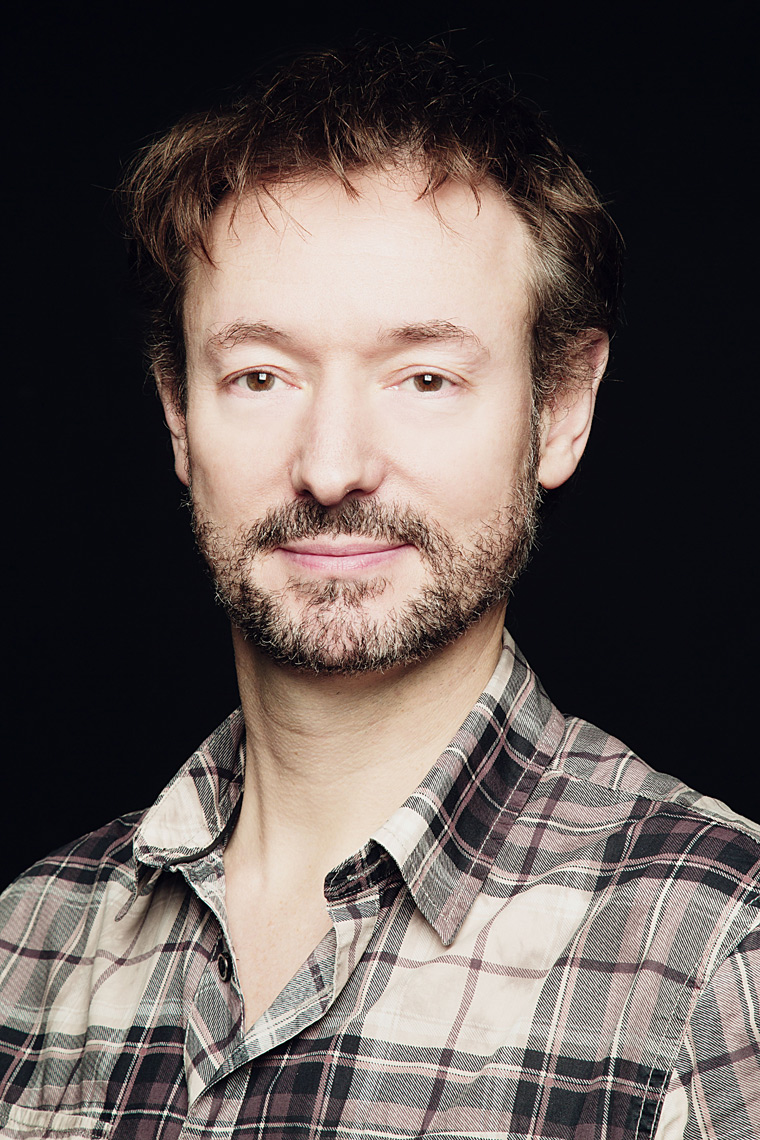 With a high-flying concept like Dumbo, the live-action remake of the 1941 Disney classic, director Tim Burton turned to MPC’s Academy Award-nominated VFX Supervisor Richard Stammers to oversee nearly 1,200 artists and production crew members in the creation of 1,150 shots for the film.

Stammers first joined MPC in 1995 as Head of 2D Effects on longform dramas Gulliver’s Travels, Invasion: Earth and The Strangerers as well as a number of high-profile commercials and broadcast IDs. After just one year at the studio, he was transferred to MPC’s Film department as Visual Effects Supervisor, where he has since worked on films including Harry Potter and the Goblet of Fire, Elizabeth: The Golden Age, The Da Vinci Code, 10,000 BC, Angels and Demons, The Chronicles of Narnia: Prince Caspian and Robin Hood. 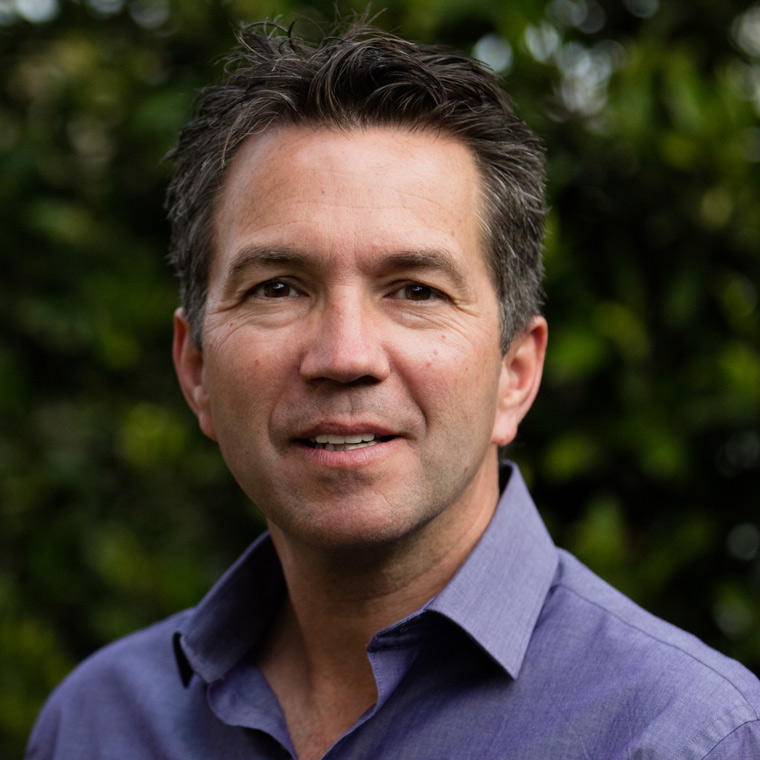 Oscar, BAFTA and VES Award-nominated VFX Supervisor Christopher Townsend has overseen some of the most influential movies of the day over the course of his career, which spans more than 22 years.

He has overseen the effects for five Marvel features to date, beginning with Captain America: The First Avenger in 2011, followed by Iron Man 3 (for which he was nominated for an Academy Award in 2013), Avengers: Age of Ultron (2015), Guardians of the Galaxy Vol. 2 (again receiving an Oscar nomination in 2018) and, most recently, Captain Marvel.

Originally from England, Townsend began his career at Industrial Light & Magic as a CG artist on the 1995 film Congo, and became a sequence supervisor with Star Wars: Episode I – The Phantom Menace. At ILM, he contributed to the next two Star Wars films and many others before leaving to become Visual Effects Supervisor for the stereoscopic 3D feature Journey to the Center of the Earth. Other film credits include Mission: Impossible (1996), The Lost World: Jurassic Park (1997), AI: Artificial Intelligence (2001), The Day After Tomorrow (2004), The Island (2005), Pirates of the Caribbean: Dead Man’s Chest (2006), and Percy Jackson & the Olympians: The Lightning Thief (2010). 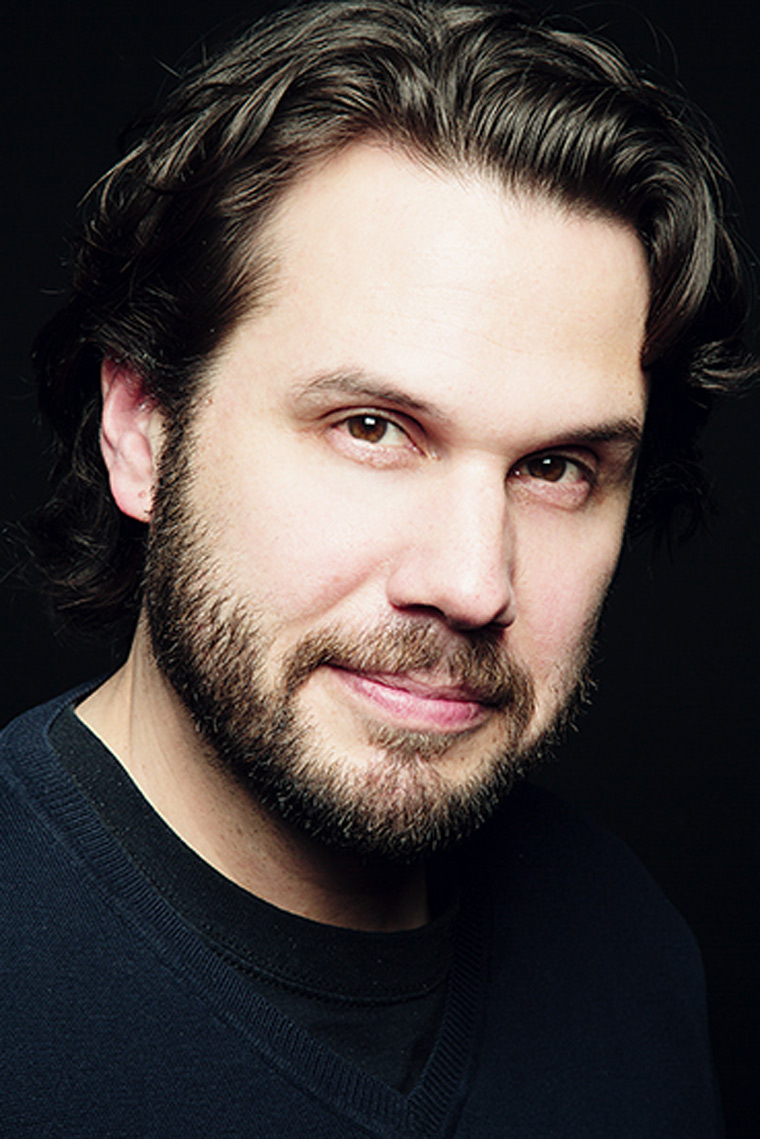 One of powerhouse VFX studio MPC’s most experienced visual effects artists, Oscar and BAFTA-winning VFX Supervisor Adam Valdez has worked behind the scenes of major motion pictures for more than 25 years.

For The Lion King, Valdez re-teamed with director Jon Favreau and production supervisor Rob Legato to build on the pioneering virtual production techniques developed for 2016’s The Jungle Book. Valdez and a team of over 800 artists delivered 224 unique animals for The Jungle Book, which received multiple honors for its photorealistic reimagining of the animated Disney classic.

Valdez joined MPC in 2003, and has led teams on movies including Maleficent, World War Z, The Chronicles of Narnia: The Voyage of the Dawn Treader and 10,000 BC. With a foundation in practical effects, he began his career at Tippett Studio where he worked on films including Steven Spielberg’s iconic Jurassic Park, Robocop 2 and Starship Troopers. Following a brief stint at Pacific Data Images, Valdez moved on to join Weta Digital to build the animation, crowd, motion capture and rigging departments, serving as Animation Supervisor on The Lord of the Rings: The Fellowship of the Ring and The Lord of the Rings: The Two Towers.