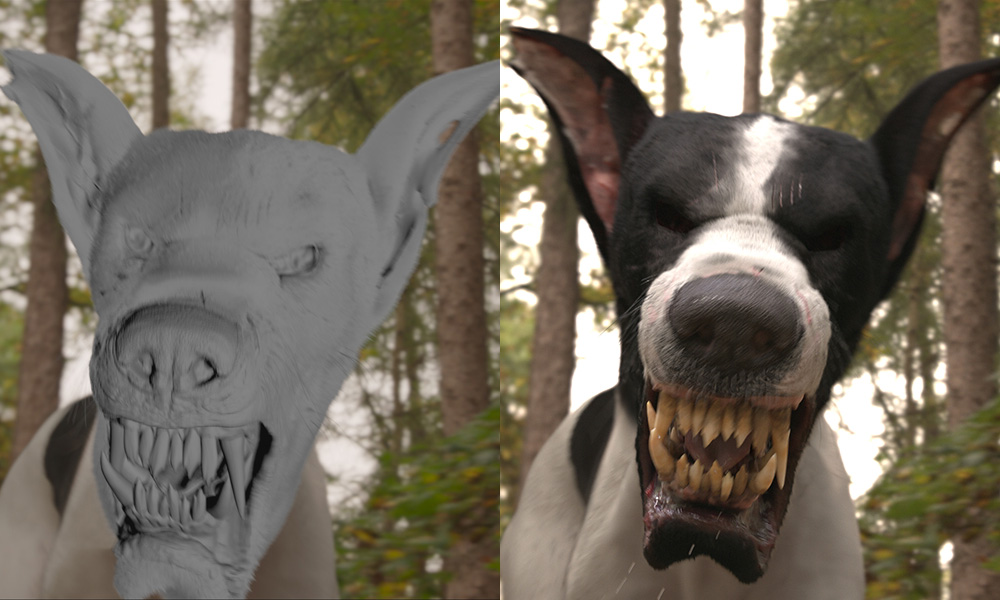 An angel and demon join forces to stymie the antichrist and outwit the Four Horsemen of the Apocalypse in Good Omens, the new six-part Amazon Prime Video and BBC Two adaptation of the novel by Terry Pratchett and Neil Gaiman. The lavish miniseries, which is directed by Douglas MacKinnon, features stars such as David Tennant, Michael Sheen, Jon Hamm, Anna Maxwell Martin, Miranda Richardson and Nick Offerman, as well as great-looking visuals by Milk VFX.

Over a two-year period, a crew of 60 led by Milk co-founder and vfx supervisor JC (Jean-Claude) Deguara produced a wide range of visual effects that included creatures, environments, particle effects and fire. “We couldn’t dwell on any one effect for too long,” notes Deguara, who won an Emmy for his work on Sherlock in 2016. “We’d have a scene with a major effect, and it wouldn’t be repeated as the story moved swiftly on to the next scene in the buildup to the apocalypse.”

Despite the fantasy nature of the subject matter, it was important for showrunner Gaiman that the CG elements would not stand out. “We needed to ensure the worlds and characters were always kept grounded in reality,” explains Deguara. “A good example is how we approached Heaven and Hell. These key locations are essentially based around an office block! Nothing too fantastical. But they are, as you would expect, completely different and deliberately so. Hell is the basement, which was shot in a disused abattoir in South Africa, whilst Heaven is a full CG environment located in the penthouse with panorama view over a cityscape, featuring landmarks such as the Eiffel Tower, the Shard and the Pyramids.”

During pre-production the scripts were broken down by Deguara, Gaiman and director Mackinnon to figure out which one of the scenes required visual effects. “Overall, we had 650 shots across the six episodes,” states vfx producer Jenna Powell. “On such a big show with such sheer variety of work, it was key to be in constant conversation with Neil and Douglas. They were readily available to us so we could always ask them questions and keep the team moving forward. It was important to have strong crew across all vfx disciplines as they worked together very closely. Sometimes, you’re starting in tracking on one, in effects on another, and compositing and finishing everything off on another. It was a big logistical challenge, but certainly the kind that we relish and are well-versed in at Milk!” 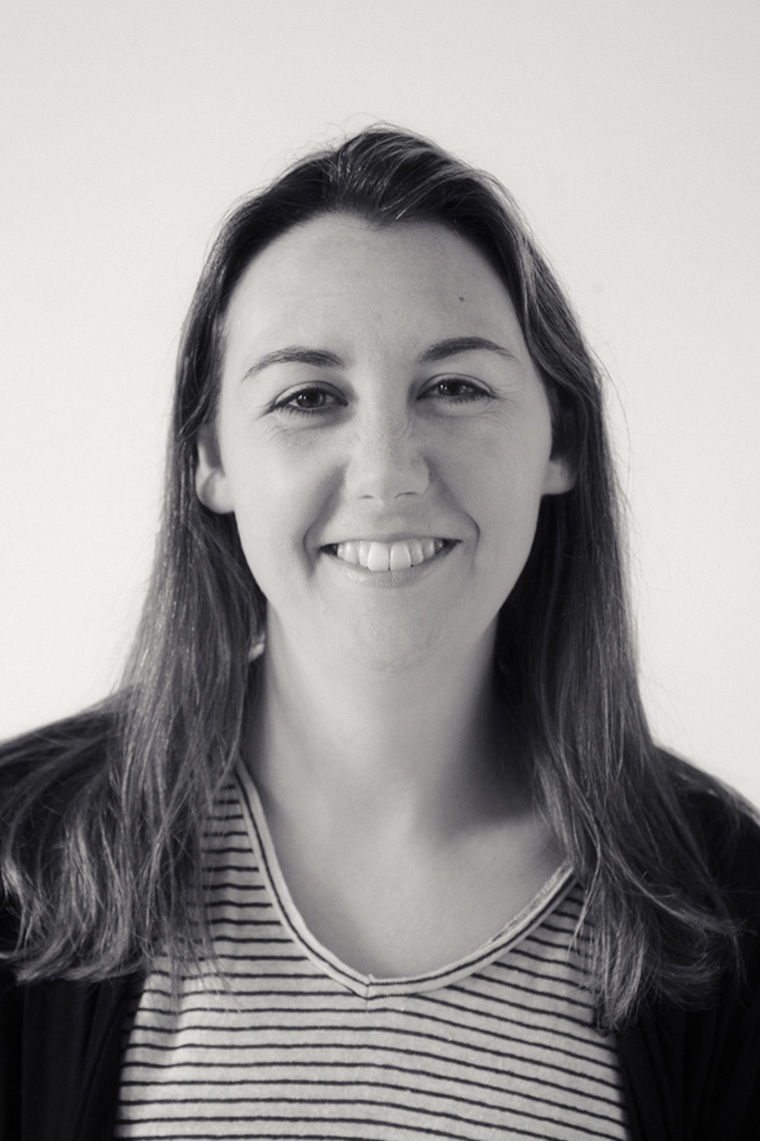 Flaming Swords, Maggots and a Tornado

Good Omens featured the most effects artists that Milk has ever used on a single project. “We had flaming swords, a CG Bentley on fire, a call center that fills with maggots, a tornado, travelling through the Internet, and loads of different types of transitions going to and from Heaven and Hell,” notes Deguara. “Everything needed to have its own unique look and feel.”

However, no major software modifications had to be implemented. “We did not need to adapt our pipeline as it is already optimized for this kind of long-form TV work,” says Deguara. “We rendered in Arnold, jumping onto the cloud when needed.” 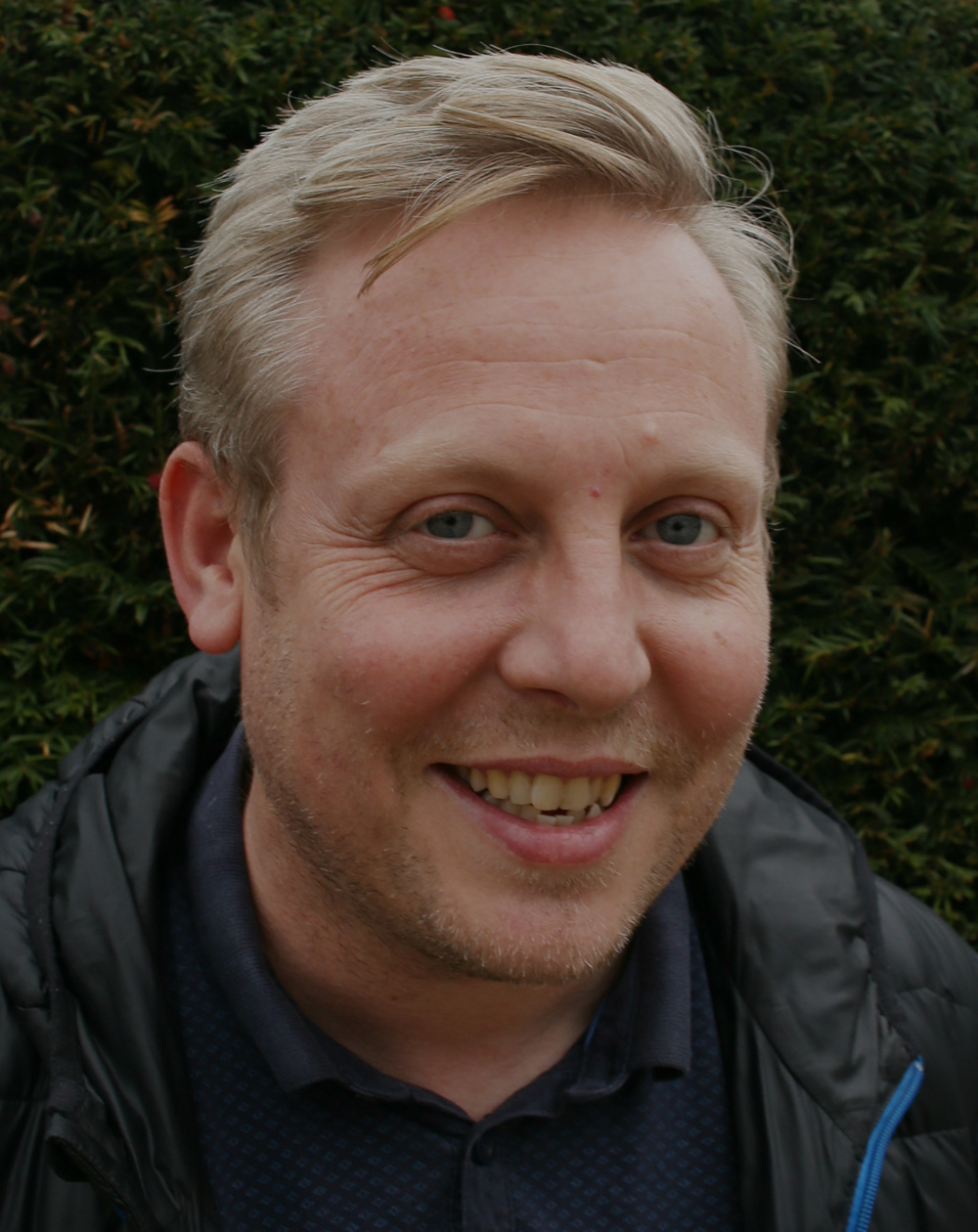 The volume of geometry required a lot of planning like when maggots pour out of a microphone in a call center. “We had to spend time figuring out what we could set up in the cloud in the shortest time possible,” remarks CG supervisor Adrian Williams. “There was a lot of back and forth between the effects and lighting teams to make that work as efficiently as possible.”

Another major effects sequence involved a journey through the Internet, which was shot in South Africa. “Our brief was to make the demons Crowley [David Tennant] and Hastur [Ned Dennehy] fly down the Internet at a fast speed,” says Deguara. “We created an effects-based setup which featured fast-paced moving geometry. David Tennant was in a rig where he could twist and roll at speed while Ned Dennehy was on a wire. The rig arm crossed over David’s face and body as he spins and rather than painting it out and replacing them, we opted to create glitch-type moments to obscure it instead and firmly establish the digital look of this dramatic sequence.”

Aziraphale’s (Michael Sheen) bookshop, a key location and story point situated in London’s Soho, required CG set extensions. “Soho’s streets are always really busy with distinctive architecture and atmosphere,” notes Deguara. “The production team built a partial Soho street set of about 4.5 meters (14.8 feet) wide and 20 meters (65.6 feet) long. We had moveable 20 x 20 greenscreens on a Manitou rotating telehandler. It felt like a giant game of Tetris shifting these giant greenscreens around. We photo scanned part of Berwick Street in order to create an accurate basis for our CG model, which was used for both daytime and nighttime sequences.”

In the book, Crowley is often seen hurtling around London at 120 miles per hour in his beloved Bentley, which he later drives through hellfire on the M25. “It was probably the first thing that was flagged to me when I was brought on board,” states Deguara. “The key issue was how we were going to film this! The production located a real Bentley 3.5 Derby Coupe Thrupp & Maberly 1934. We modeled it in intricate detail to create a CG asset that would hold up in full-screen shots including some lovely continuous transitions from out on the street and pushing through a window with the two actors in the car.”

Another key visual detail involved the demons’ snake eyes, which were achieved using contact lenses and enhanced digitally where necessary. “The hellhound was an interesting one, as it needed to feel menacing and other-worldly yet realistic,” recalls Deguara. “Initially, our design concept was fantastical, but Gaiman and Mackinnon pulled it back to reality and we used the small dog that was cast for the later scenes as the basis for the casting of the hellhound in his original form. We used a Great Dane that had a specific type of black and white patterning which closely matched the smaller dog. Rather than create a full CG dog, our focus was on the neck and head. We enhanced the features and characteristics by adding in massive teeth, pointed ears and hollowed-out eyes.” 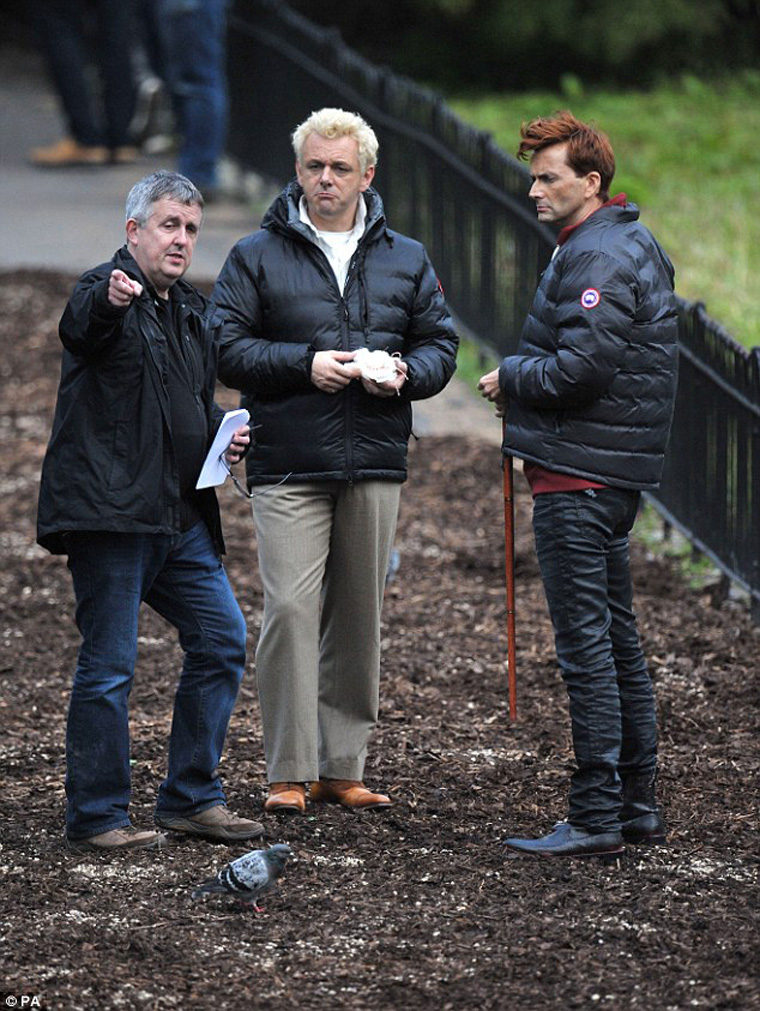 Crowley and Aziraphale both have large wings when seen in their real forms. “Initially, our concept artist Grant Bonser designed bat-style wings for Crowley, but Gaiman preferred to have feathers for both the demons and angels,” reveals Williams. “Getting the right balance of iridescence on the black feathers and then ensuring the white feathers had enough detail and variation to stand out was hard. We spent time in the look development stages tweaking the shaders, and then when we got to actual shot production we were working very closely with Neil and our groom and creature effects team so that we were able to get a look that he and Douglas were really happy with.”

The most nefarious demon was one of the last things completed. “When Benedict Cumberbatch was cast to voice Satan, that was a game-changer for us, because as soon as we got his performance, we knew what the character was and how it should be animated,” remarks Deguara. “Overall, I love the comedy aspect of Good Omens, particularly because it’s rare that you get to make visual effects for the comedy genre.”

The first season of Good Omens premieres on Amazon Prime on May 31. 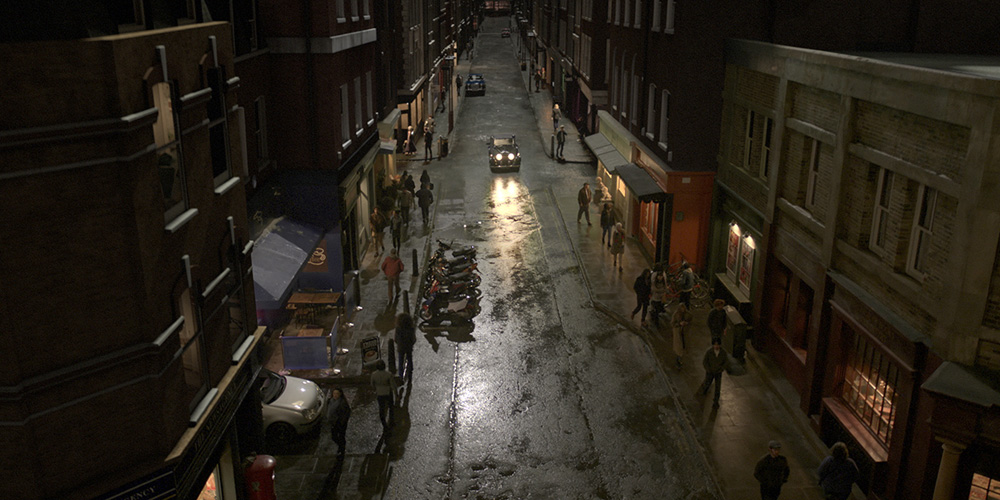 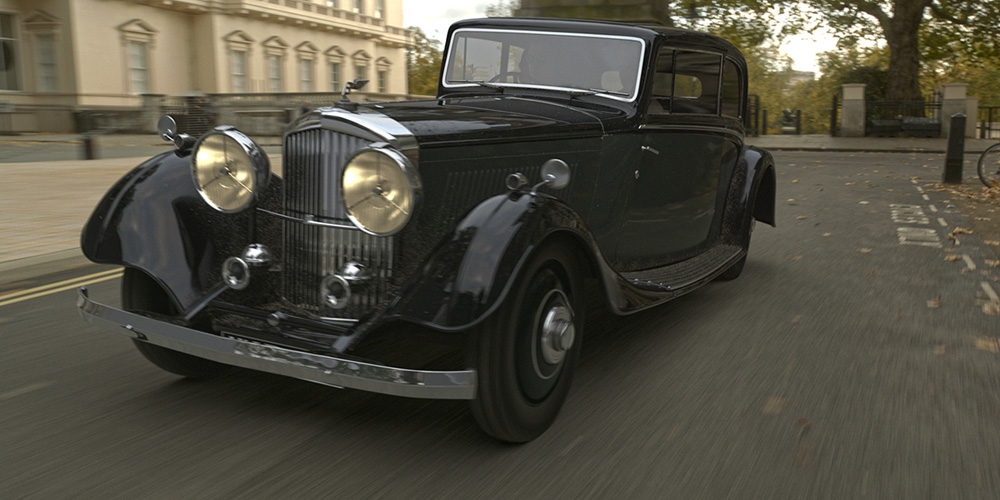 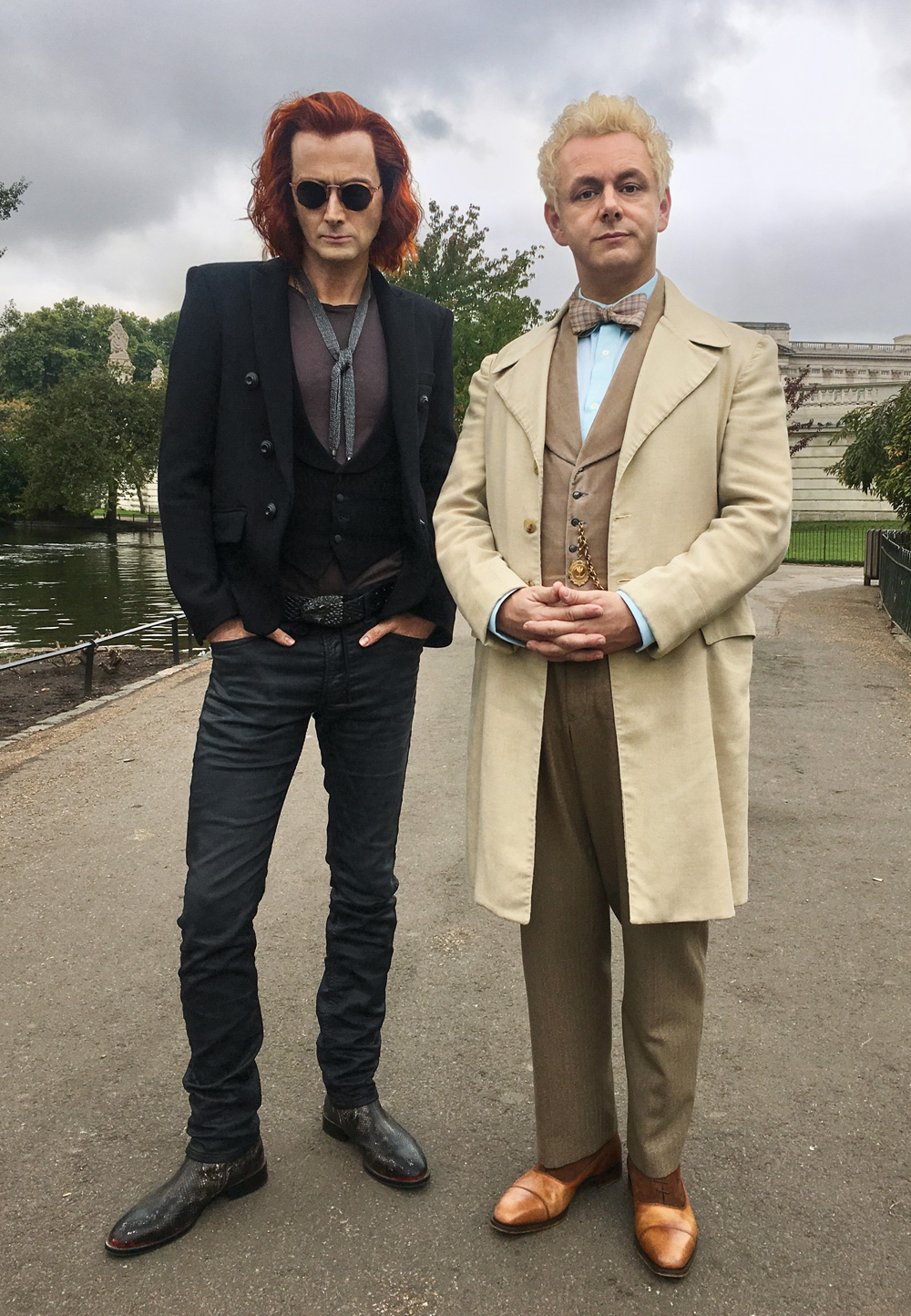