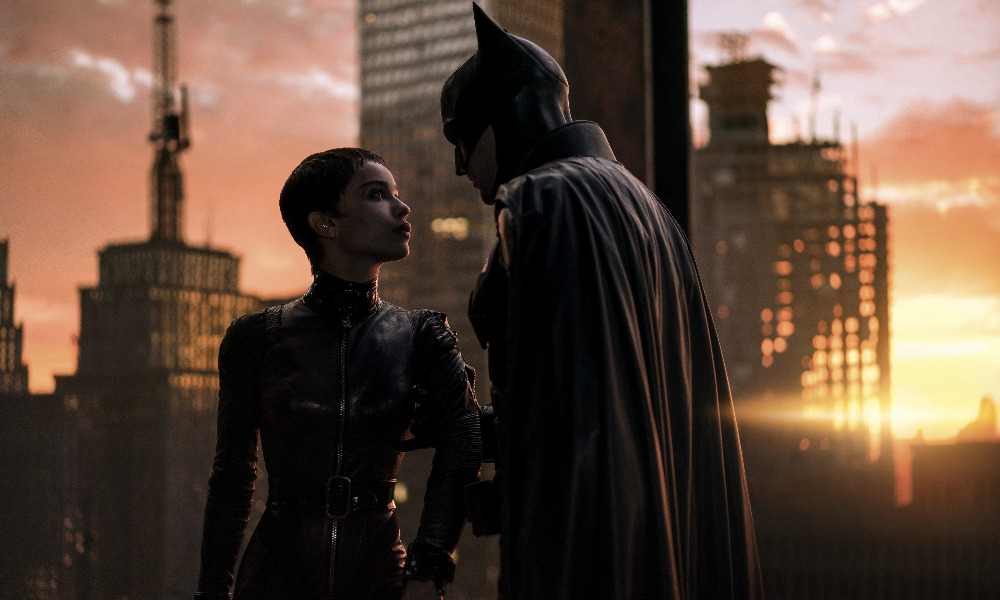 Ever since his remake of Swedish vampire tale Let the Right One In, filmmaker Matt Reeves has established a reputation of bringing something new to familiar fare. The director, who also helmed two successful Planet of the Apes reboots, showed his mastery at the superhero genre with the new adaptation of the DC’s The Batman, which has grossed over $751.6 million at the box office worldwide [as of April 16, 2022]. 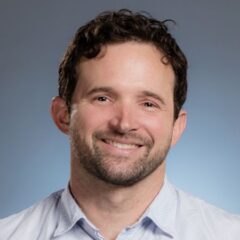 Making the leap from being a facility supervisor at Weta FX on Dawn of the Planet of the Apes and War for the Planet of the Apes to overseeing the visual effects for The Batman is Oscar-winner Dan Lemmon, who has become a member of Reeves’ inner circle. “There was a bit of teething for me on The Batman coming out from under the umbrella of a facility’s infrastructure and tools,” admits Lemmon. “Fortunately, I had great support at Warner Bros., both in England and back in Los Angeles. I was lucky to be joined by Bryan Searing as visual effects producer in post, with whom I had worked closely on the Apes films.”

Lemmon says he feels lucky to have collaborated with Reeves for the past decade. “Every project we’ve done together has its own unique problems to solve, but in the broad strokes, Matt is consistent in his desire to create spectacle and drama without compromising realism. He is allergic to anything that may distract the audience, even subconsciously, and take them out of the moment, inhibiting their ability to connect emotionally with the film and its characters. Understanding that, I try to anticipate his notes and help steer the work toward his sensibility.”

The grounded mandate influenced the design of the signature gadgetry that Batman (portrayed by Robert Pattinson) deploys when battling crime. “For the grapple gun, Matt looked to Travis Bickle’s concealed gun slide from Taxi Driver. In other Batman stories, his cape can turn into a rigid hang glider; that didn’t make sense in our world, but we reinterpreted that idea as a wingsuit.”

Reeves points out that Unreal Engine and virtual production were indispensable tools for the art department, cinematography, stunts, special effects and visual effects. “That’s where we figured out how big the sets needed to be, where process screens would go, what the extensions would look like through the camera, where stunt rigging and special effects equipment would go,” notes Lemmon. “Being virtual, it was much easier to move walls around and problem solve before any physical construction had begun. We also emulated the properties of our large-format anamorphic lenses inside UE, and Greig Fraser [cinematographer] was able to work out a lot of his lighting problems in that space, too.”

The primary visual reference was the principal photography by Fraser. “Greig was using these beautiful ARRI Large Format Anamorphic [ALFA] lenses that ARRI had just developed. We shot with two versions of each lens — a carefully calibrated and tuned version that was optically pristine — and then Greig’s ‘character’ versions, where he had Andrew Prior, the lens designer at ARRI, detune the lens to the point where they literally could not focus on anything outside the center of the frame.”

Fraser advocated the use of LED walls as background and lighting tools for several scenes. “I was excited about the idea, especially for our dark, wet sets where we were going to get a ton of spill light from the backgrounds kicking around the set,” notes Lemmon. “My only reservation was having enough time in prep to get all of the environments up to a level where they would look realistic through the camera. We needed to have those in-camera finals, because otherwise the economics just didn’t work and we wouldn’t be able to afford the LEDs. It was a huge learning experience, and the truth is there is a lot that I would do differently the second time around, but I do think the technique was successful, especially in the dawn and the sunset scenes.”

In total, about 1,554 visual effects shots were completed for the feature, which had a reported $20 million overall budget. As Lemmon points out, “ILM led the work on Gotham, and their StageCraft group handled the real-time LED backgrounds during production. Scanline VFX took on most of the third act and the heavy simulation work. Weta FX did the Batmobile chase and a few other standalone environments. And then Crafty Apes did a substantial amount of our 2D work, with splits, retimes, stabilizations, monitors and other cleanup work.”

Four practical Batmobiles were built by the special effects team for this 11th live-action movie centered on the Caped Crusader. “There was an Electric Hero Batmobile with a full-flame system that shot fire from the headers, side-exhausts and the afterburner at the back of the car,” explains Lemmon. “There was a Gasoline Hero Batmobile as well, which was powered by a Chevy V8 LSX 454 engine with 627 horsepower. It could switch from two-wheel to four-wheel drive with the push of a button, which was important for precision drifting and power-sliding. We also had a Gasoline Pod-Drivable car, which was effectively identical to the hero gasoline-powered Batmobile, but it could be driven from a pod on the roof, allowing Rob Pattinson to safely perform in the driver’s seat while a stunt driver actually drove the car from the pod. And finally, we had a stripped down ‘Half-Hero’ Batmobile that was substantially lighter and could be used for stunts like jumping through fire.”

A practical version was captured for almost every shot. “The scene featuring the Batmobile jumping through the wall of fire was almost entirely practical,” reveals the VFX supervisor. “Dom Tuohy and the special effects team added an extra set of shock absorbers [to one of the Batmobiles] and extended the suspension travel, and then they sent it off a ramp through a 60-foot wall of fire, launching it 10 feet off the ground and 80 feet down the road before it touched down again. We handed over to a CG Batmobile after the car landed and bounced back up onto its extra long suspension, just so that it would look like the lower, meaner Batmobile in the rest of the sequence.”

As is customary in almost all VFX-driven movies today, performances of the main cast had to be digitally augmented. Lemmon says the kinetics were enhanced to tighten the timing and make some sequences snappier and more effective. “Some of the wingsuit sequence ended up being keyframed because it just wasn’t practical to do it any other way,” he says. “But by and large we tried to keep everything grounded in the photography.”

Batman’s iconic Gotham backdrops were shot in London, Liverpool, Glasgow, Chicago, and New York as well as on the studio backlot at Warner Bros. Studios Leavesden. “We shot the main Gotham Square scenes in Liverpool, using portable LED advertising screens to provide the light from the jumbotrons that we would eventually add to the photography,” remarks Lemmon. “The Gotham City Police Department building was a mashup of the Chicago Board of Trade Building and the Liver Building in Liverpool. We photographed some of the high, wide aerial shots of Gotham Island in New York and then heavily augmented the city, while others we shot on the backlot outside of London and then substantially extended them.”

All of the departments worked together to create an immersive cinematic experience. Lemmon concludes, “My hope is that the audience gets so absorbed in the movie and sucked into the world that they don’t even think about the individual shots and sequences. Of course, I also think the Batmobile chase turned out pretty cool!”

The Batman is currently playing in theaters worldwide through Warner Bros. Pictures. The film debuts on HBO Max Monday, April 18 and will air on HBO on Saturday, April 23 at 8 p.m. ET.

Netflix Gets Its Claws into ‘Exploding Kittens’ Animated Series & Mobile Game
S2 of ‘The Proud Family: Louder and Prouder’ Underway ahead of S1 Finale