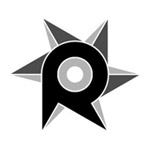 French software house The Bakery (www.bakery3d.com; stand 471) is setting out to dazzle the SIGGRAPH Vancouver crowds this week with the latest additions to their lighting, shading and rendering solution called Relight, which debuted at NAB  in Las Vegas earlier this year.  The company is also hosting an Exhibitor Tech Talk on the floor, focusing on Relight’s Pipeline Management capabilities and The Baker’s mission to bring their unique range of tools and workflow solutions to the international lighting community.

“Bakery Relight’s powerful scene graph and integrated scripted and C++ extensions are now starting to be used to address general pipeline developments and production asset management systems,“ says Bakery co-founder and CEO, Erwan Maigret, whose credits include Technical Lead on Shrek 2, Madagascar and Shrek the Third. “What we want people to understand, is that Relight is not just a renderer with a nice interface for interactive lighting and shading. It’s actually a complete 3D application suite, based on a strong scene graph with dependency tracking and dynamic scripted extensions. In addition, all modules in Relight are plug-in based, and can be developed by independent contributors.”

The Bakery will also seek to spread the word on their ambitions to help clients customize their pipelines and give complete flexibility, something its team’s strong production background has made the company adamant about. Mexican studio Lo Coloco Films is relying on Relight for their stereo 3D CG feature Ana currently in production. “Bakery Relight is a totally new kind of software. It doesn’t take long to realize that this is a solution, which has been specifically designed for lighting artists, giving flexibility at every iteration and making feedback sessions a breeze,” says Oscar Juárez, technical supervisor at the studio.