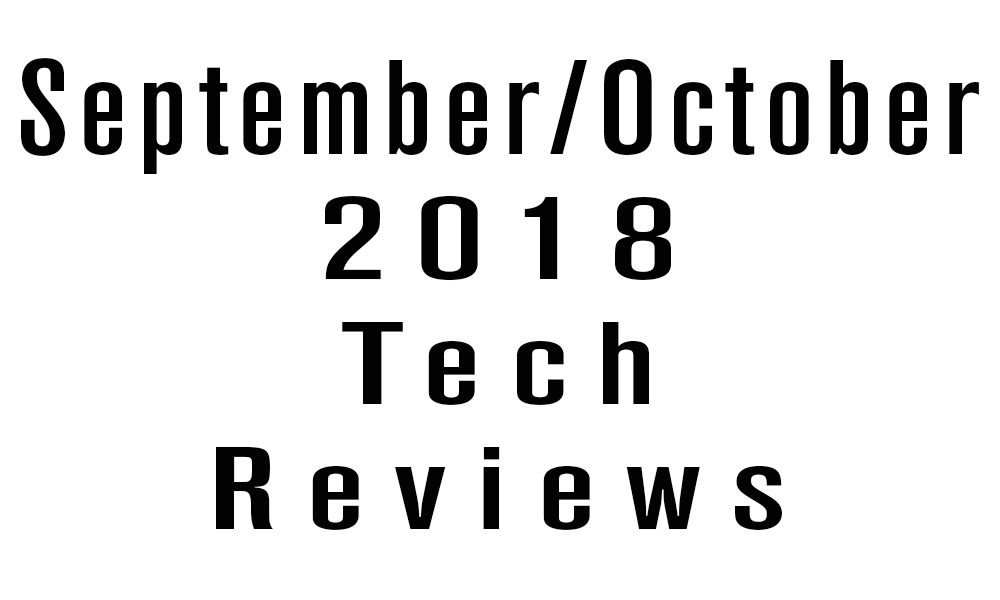 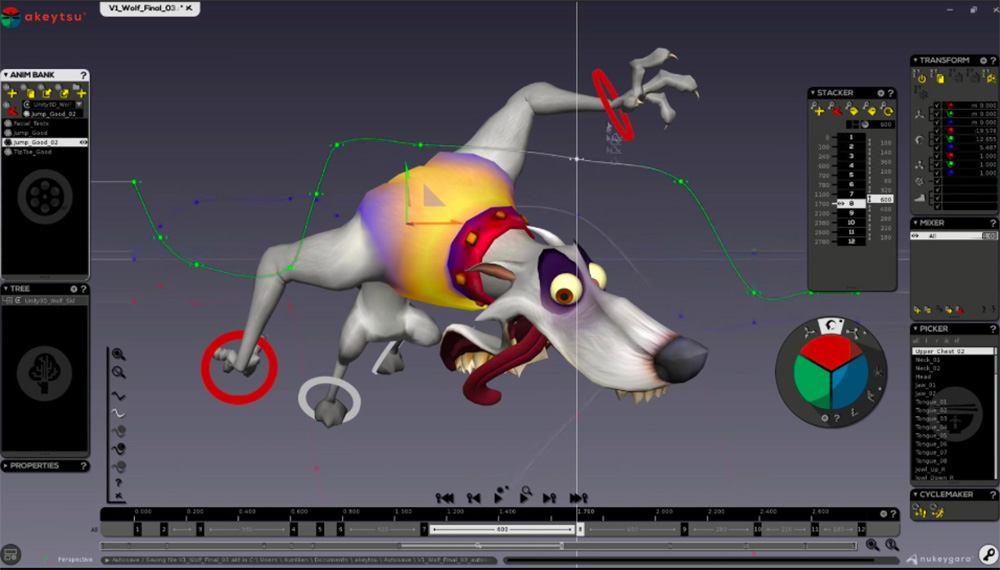 I’ve watched the team at Lyon-based Nukeygara develop its product Akeytsu for the past few SIGGRAPH confabs — at least all the way back to 2015. I was waiting for this blossoming software to make its way out of beta, and lo and behold, I missed the reveal! So apologies for being a little behind. I was intrigued by the pared-down interface, reducing the number of buttons and windows down to the essentials — which are the things that matter to animators. Meanwhile, they pruned out the pieces that don’t contribute, which reduces software bloat and overhead, and gets the animator animating faster.

The Duo-step rigging system is designed for game-like, low-poly models. Akeytsu supports biped, quads, or really anything. You start with a prefab’d rig and modify, or build something from scratch. Pose half of the rig to match your model (imported as an FBX file), and then apply skin weight — either painting or vertex-based. The second stage is then refining the weights in the smooth mode to ensure that you don’t have weird stretching and pulling. You then mirror to the other side of model. A few more clicks sets up your FK/IK system, and you are off to the animation races.

While working in animation mode, you have what is known as the Spinner — a little control “puck” broken up into colored pie slices. Buttons on the outside edge change function and mode, but the focus is the pie pieces. Animation is all about posing and silhouette. If you are orbiting around your character to grab your transform controllers, you aren’t paying attention to the pose, and you are changing your vantage point. The Spinner’s colors (red, green and blue) correlate to the axes of the coordinate system — anyone in 3D is familiar with them. Clicking on a colored pie piece and dragging, moves or rotates your bone in that axis. By placing the Spinner close to the character, within your field of view, you focus on the character and the animation, and not on trying to click on the control handle.

Then, you get into keyframe management. Akeytsu provides three methods: the Curveboard, the Stacker and the TimeBar. With the Curveboard, you get your F-Curve controls, overlayed on the entire workspace, like a Minority Report HUD. Again, this lets you focus on the character, and keeps your curves within the same field of view. The Stacker is a vertical keyframe presentation in a collapsible floating window. The methodology comes from traditional animation X-Sheets (which I suspect most younger animators have little or no exposure to). This vertical format shows where your keyframes are, and how they relate to one another. You quickly bounce between key frames and refine the timing. You can also toggle on Ghosting (a.k.a. Onion Skinning), to see the progression of the animation before and after the key. And finally, the Timebar is equivalent to the Dope Sheet in other 3D programs, again, in a floating window to be as unobtrusive as possible.

In its current version, Akeytsu is fast and fun, tailored to game animation. In fact, it’s available to purchase through Steam. Animation is limited to traditional keyframe animation (which isn’t really a limitation), but motion-capture editing is in the works. More advanced animation like blend shapes/morph targets are also on the development path. If you are looking to animate for Unreal or Unity and don’t want the overhead of Maya, Max, etc., this might be for you. The Indie cost is $179. You’d pay more to get into Disneyland for the weekend!

I have to say there are a lot of places to get online training these days. Some are really, really good, and some atrociously bad. So, where do you look for online training? I would say Pluralsight is one of excellent ones. Keep in mind that I’m speaking from a creative training standpoint. I haven’t even attempted to dig into the myriad courses for cyber security, programming languages, manufacturing or human resources. Thousands and thousands of courses. But we’re interested in the super fun animation stuff, right? After they acquired Digital Tutors and their library, Pluralsight became a huge repository for our kind of training.

Now, I’ve reviewed Pluralsight before, so it’d be redundant to talk about how their instructors receive residuals for their content (rumor has it that one particular instructor hit over $1M a few years back). Or that there is a cost model for one-on-one training from mentors. Or that I love how training is broken down into 10 minute bites rather than hours of training. And let’s face it, even the best training can only be so riveting when you are staring at someone else’s computer screen for three hours.

Instead, I’ve been slowly going through one of Pluralsight’s Training Paths for the past year now. This is not because there is a year’s worth of training, but I just happen to do other things during the day as well. But I chose a Core Houdini training — because I felt I should probably know this software, given that I supervise artists who use it.

When choosing a Learning Path, you can opt to test the knowledge you already have through PluralsightIQ, so that Pluralsight algorithms can assess how far down the Training Path it should place you. I initially tested as a novice in Houdini, so it put me at the beginning. I’ve been working at a slow and steady pace to get through the 36 hours of training, going through the basics, building my foundation so that I understand why I’m pushing buttons — which is integral to the understanding of which buttons to push. Contrary to training that is structured as “I need to do X in software Y,” the path method offers a holistic approach that is missing in a lot of other training programs. When I was choosing my paths, I also tested in 3ds Max and Nuke, and tested in the expert range. But that didn’t stop the algorithm from letting me know where in the path to place me so I could get even better. My latest Houdini test placed me as “Proficient,” so I’m getting there! And I have my Pluralsight training to thank for that!

In addition, with the Pluralsight subscription, you have access to the entire library. So, if you are tired of making cool animations, you can dip your toe into some Deep Learning or take a 76-hour course in Ethical Hacking. The only requirement is curiosity and a passion for learning.

You may also like...
Related Topics:Nukeygara’s Akeytsu, Pluralsight, Tech Reviews