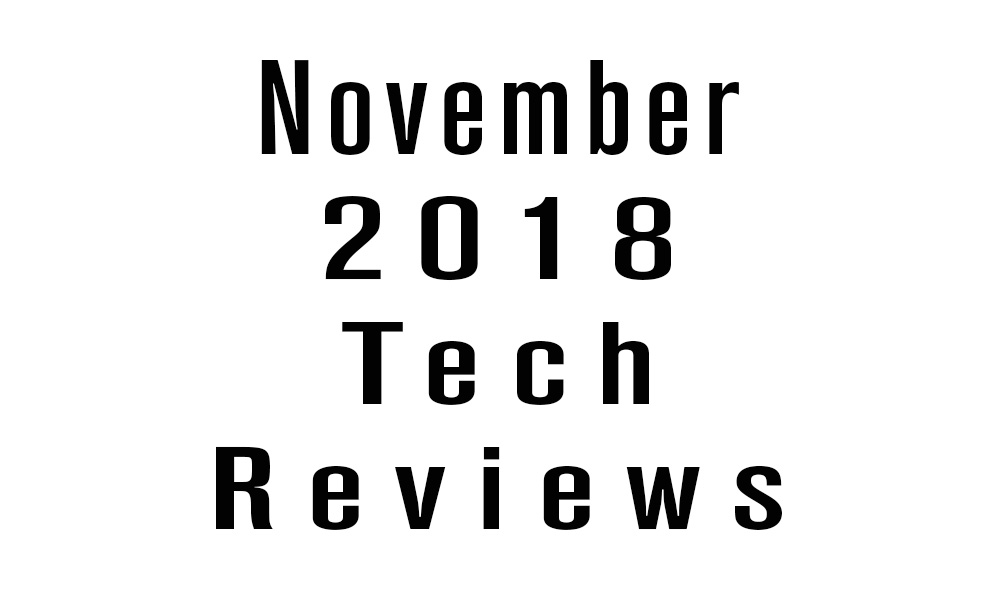 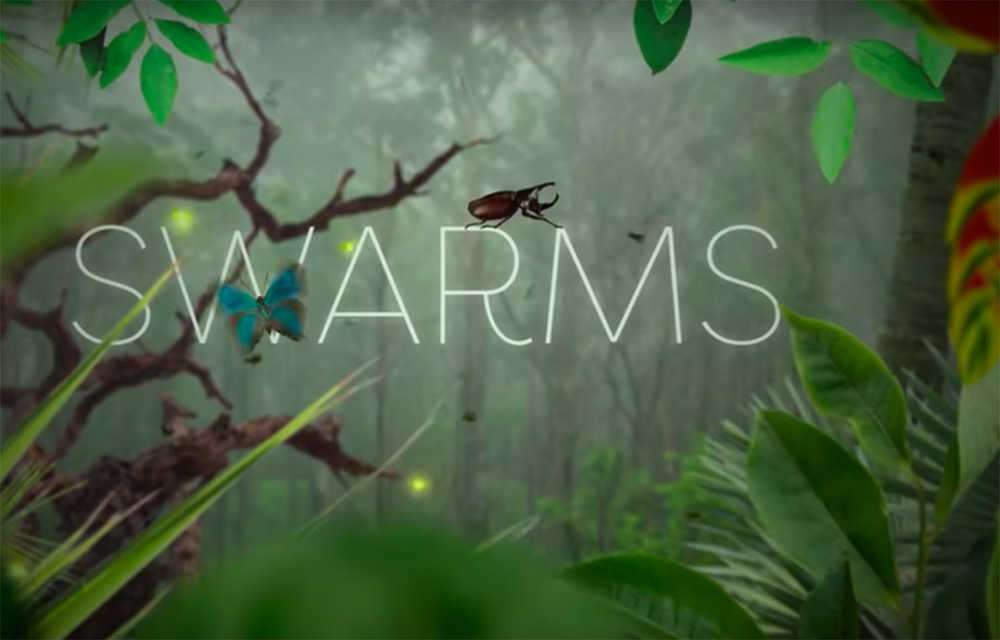 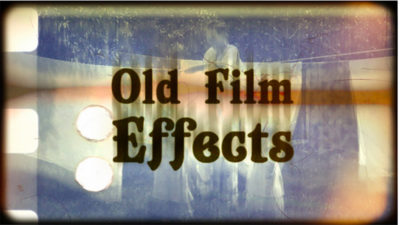 A growing trend in visual effects these days is buying pre-packaged recipes for software that you can then crack open and manipulate to make your own recipe. It is huge in the motion design world where After Effects setups are available for HUD displays, or fancy transitions, or digital gack to go on monitors.

One of the leading outfits offering After Effects templates is Creation Effects — and by outfit, mean one guy. Noel Powell is a one-man show who has spent years providing content to stock sites such as Shutterstock and Pond5. However, he’s saved the best for his own site — Creation Effects.

Creation Effects is a collections of presets that can be purchased individually or in bundles which will get you looks and results that might otherwise take quite a bit of time to reach. So whether you need titles, or a non-photorealistic look, or an old-timey look, there is a nice selection to choose from.

Among my favorites is the Film Look presets, frankly because I like film. Sometimes one doesn’t have the resources to go out and find a busted 8mm camera, much less the film stock to go in the camera, much less a place to develop the film that went into the camera. Anyway, the preset AE file is filled with adjustable adjustment layers that have collections of effects to attain certain types of effects. Did I mention that these only use built-in AE effects and no third-party plug-ins? Well, they only use the standards.

The comps are organized in such a way that you can either start with a whole look or grab components. You feed 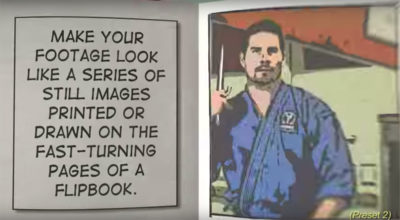 your footage into the layer at the bottom of the comp, and the adjustment layers contribute to the look. And when that look is a tad too aggressive, you can dial it down to taste. Or you can strip the comp down to nothing and build it up from scratch. The project is organized into types of effects, and when you go into the preview comp, your footage is already in there, located under a many different styles of that effect (blur, for instance). All the layers are toggled off by default, so you can go through and audition the different looks. Then, when you find one to your liking, you simply copy and paste that layer into your master build. Noel has even included a text layer at the top of the comp for instructions on how to use it.

If you don’t want to use the comp presets, the collections come with stock pieces of footage (that drive the presets), that you can use all of their own.

Each one of the collections is designed in this way. Noel has taken the time to keep things clean, tidy and simple so you don’t get lost within the comps, and the methodology remains clear. The other primary collections that I’m fond of are the VHS look, the Glitch, and Art. And while there may be other plugins to go to for similar results, you can’t really beat $79.

You support the big companies by using After Effects and the like. But you should support the little guys, too, because they can make your job a lot easier! 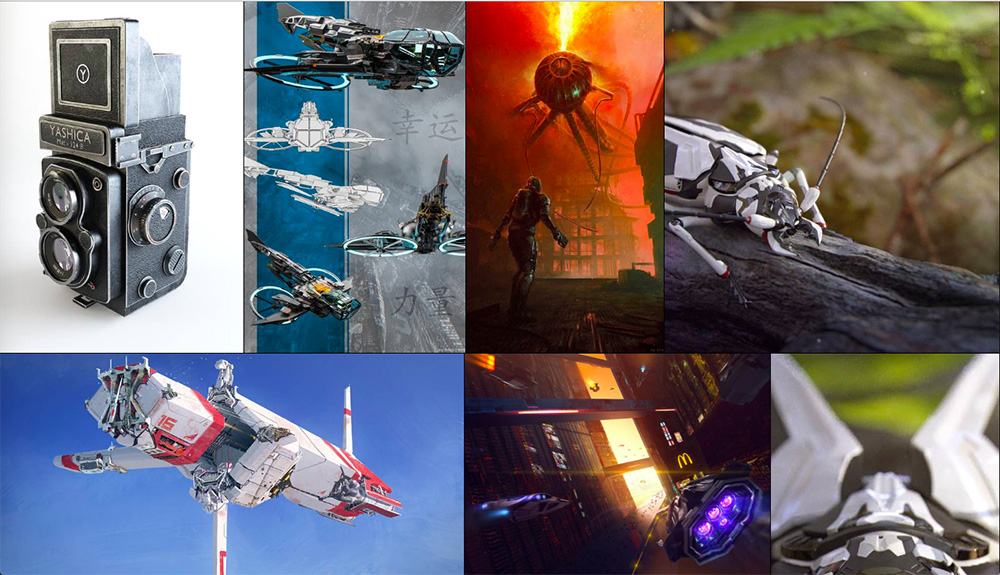 My past experience with 3DCoat has been using it for the powerful retopo and UVing tools. I brought a model from ZBrush into 3DCoat for reduction and then back out to something like Substance Painter for painting. But that was because of my own ignorance, and a bias toward the tools I’m most familiar with. (And who isn’t guilty of that?) Now, as I investigate the latest version of 3DCoat, I’m beginning to see how much I’ve been missing. To add icing to this cake of ignorance — I’m a year behind on this particular release!

Beyond the tools familiar to me (retopo and UV), there are voxel/ptex/uv painting and texturing tools working within a Physically Based Renderer (PBR) — a la Substance Painter. 3DCoat also offers digital sculpting tools with dynamic tessellation — à la ZBrush and Sculptris.

In the latest (as of a year ago) version 4.8, 3DCoat has bolstered its Smart Materials, which calculate textures based on other baked features like normals, curvature, etc., by making those material attached to the layer you apply to. But more exciting is resampling algorithms to increase resolution on your textures, up to 16K, and the materials along with them.

There isn’t a low-poly modeling system in 3DCoat per se, but in the retopo “room” — each module is referred to as a room — they’ve added in poly primitives as a starting point.

However, something that I believe elevates 3DCoat into a more “legit” orbit is a bridge to RenderMan to render-painted and sculpted models within the 3DCoat environment itself (granted, you need RenderMan, too). There are plenty of renderers to choose from, so why RenderMan? From what I understand, a poll of 3DCoat users was taken to find out which they would choose. Imagine that .. .asking the users what they want! And that was the result. A way to preview your output in the production render engine that inspired everything else. I suspect there will be support for other renderers in the future.

The 3DCoat toolset is impressive. I could nitpick about the UX, but I could do that about ZBrush as well — all day! But what makes this tool more enticing is not just the functionality (which it has lots of) and not about the price tag (which at $99 for amateur and $379 for pro is near inconsequential), but rather, it’s about the people behind it. 3DCoat was created by Kiev-based Andrew Shpagin 10-ish years ago and his company has grown to “dozens” of specialists, but I suspect the guy in the driver seat is primarily Andrew. If you look at the dev cycles for 4.8 over the past year, they are short, frequent and aggressive. Attacking bugs and making things more efficient — even in the intermittent times between announced releases. This is quite impressive for such a small team. So even if you just use one of the rooms for your workflow, the tools are there for you, and you are also supporting the developers providing the tools in a very personal and direct way. Just help them help you!

Workstations are big, heavy, bulky things — at least the ones with enough power to do what we do. Of course, they get hot. To counter the heat, they have fans and air flow considerations. They also take up room under or on top of your desk. We have laptops now that are super powerful and super compact, and can get expensive for the oomph that you can fit in them But, can we have a workstation that is somewhere between? You might bring up a Mac Mini, but that’s not really built for heavy lifting, and hasn’t been updated in nearly half a decade.

The form is small enough to sit on edge in a 5U space within a 42U rack, and thin enough to fit seven of them side by side on the same tray. As someone who travels for different projects, I like that I don’t have haul around my Z820 to a different country or state to be able to work. The Z2 fits nicely, even on a tiny desk. Plus, it’s practically silent — for the most part. I did manage to get the fans working overtime with a V-Ray render or converting some 8K RED footage to a ProRes QT.

One thing I would like to see in the future is support for external GPU enclosures so I can boost up my GPU acceleration with beefier cards. With GPU renderers like Redshift, deep learning acceleration and now real-time ray tracing, it would be fantastic to not be hindered.

The price out of the gate is $799, which will get you something for Photoshoppery and animation. But you’ll want to supe it up if you are planning for 3D/compositing/fx/etc.

All in all, the workstation has a very small physical footprint and delivers lots of power inside that tiny space. The upside against a laptop? It’s less expensive for the power. The downside? You still need a monitor/keyboard/pointer. Yup, I like it a lot!