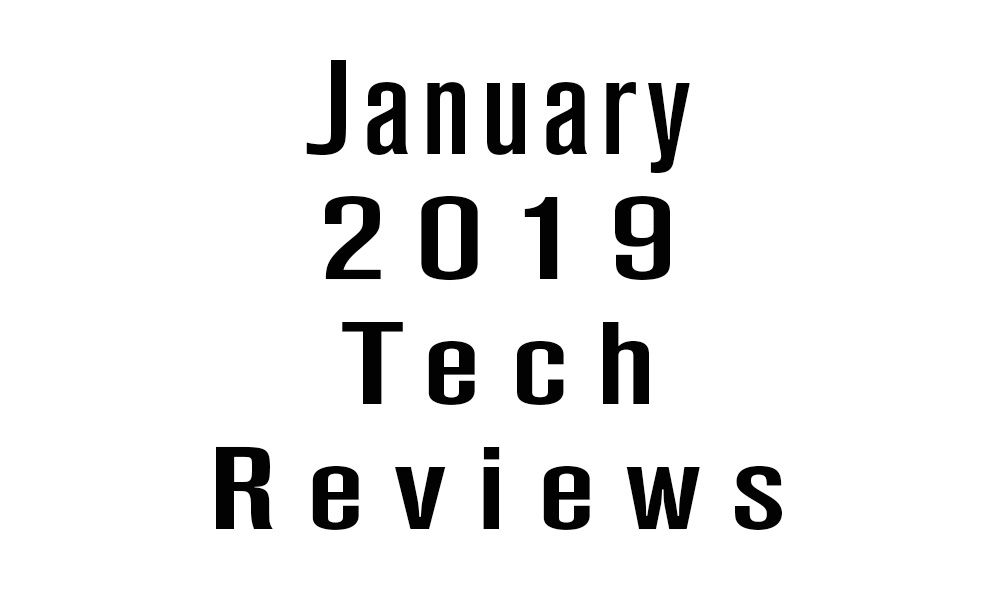 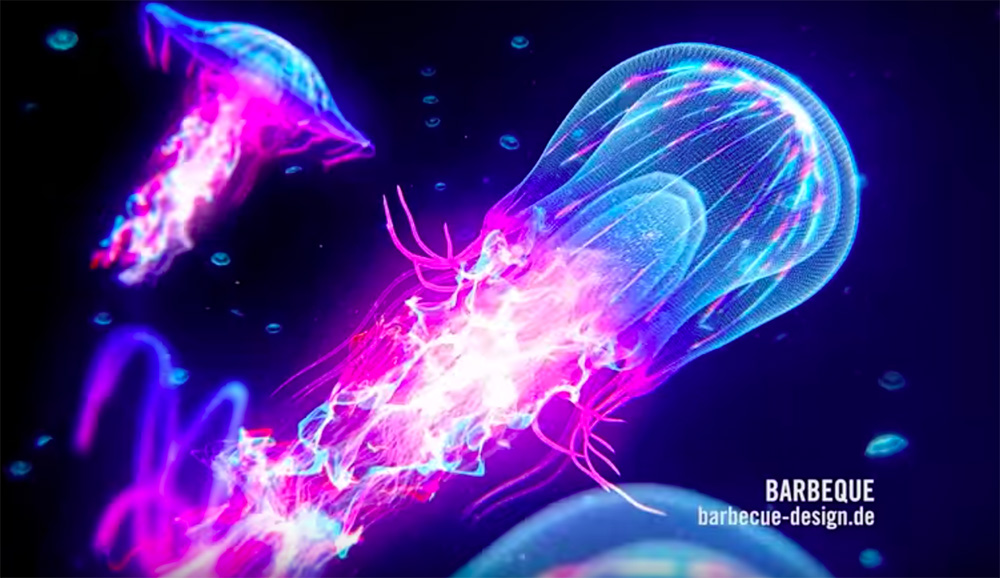 What is with the releases that have so many new bells and whistles that I can’t even cover a fraction of them? This time around, it’s Trapcode Suite 15 from Red Giant, one of the leading outfits feeding the Adobe, Avid and Blackmagic communities with the tools they need to make beautiful moving pictures. Since I can’t talk about everything, I will focus on most exciting thing: Fluid Dynamics.

Fluid Dynamics is an area where we vfx artists needed to venture out into the 3D worlds to create fluid simulations. This was something that was sorely lacking inside Trapcode. I mean, I’m not bagging on the early versions. I and hundreds of artists out there have turned to the software to create super cool 3D particle stuff. However, I can’t count the number of times I’d been thinking, “If only these were real simulations.”

One quick aside: For those who may not be familiar with fluid dynamics, it describes how liquids and gases flow — including water, paint, oatmeal, steam, smoke and fire. So, don’t think that it only refers to water!

Trapcode Suite’s Dynamics Fluid engine get you all the desired dynamics, with controls over the forces that move them, objects that interact with them … and even collisions between different fluid bodies.

And it doesn’t stop in Particular. One of the other modules, Form, utilizes the same engine. But in this case, the fluids can collide with the objects that Form imports. Form can use these objects and create point clouds, and then using noises and such can manipulate the points into cool new patterns. Now those points can become part of the fluid simulation, being deformed by the churning and swirling from the fluid around it.

Both Particular and Form use a Designer interface to quickly prototype looks, mixing and matching styles, forces, and objects. The interface is light and fast, so you can play around to find a look before attempting to use it in your scene, where you’ll most likely lose some of that interactivity. And the design interface is chock full of hundreds of presets to give you a head start toward making a “Smoke Explosion,” for example. Your systems can have sub systems for added complexity. And your new flavor can be saved into the preset library. Also, Particular and Form work in 3D space in After Effects, acknowledging both camera and lights.

I don’t feel like I’ve expressed clearly enough just how much of a leap this is for both Particular and Form. To get these kinds of looks without leaving the compositing environment is a huge boon and time saver. I’m looking forward to a wave of new content from artists who have cracked this tool open and let the proverbial creative genie out of the bottle. 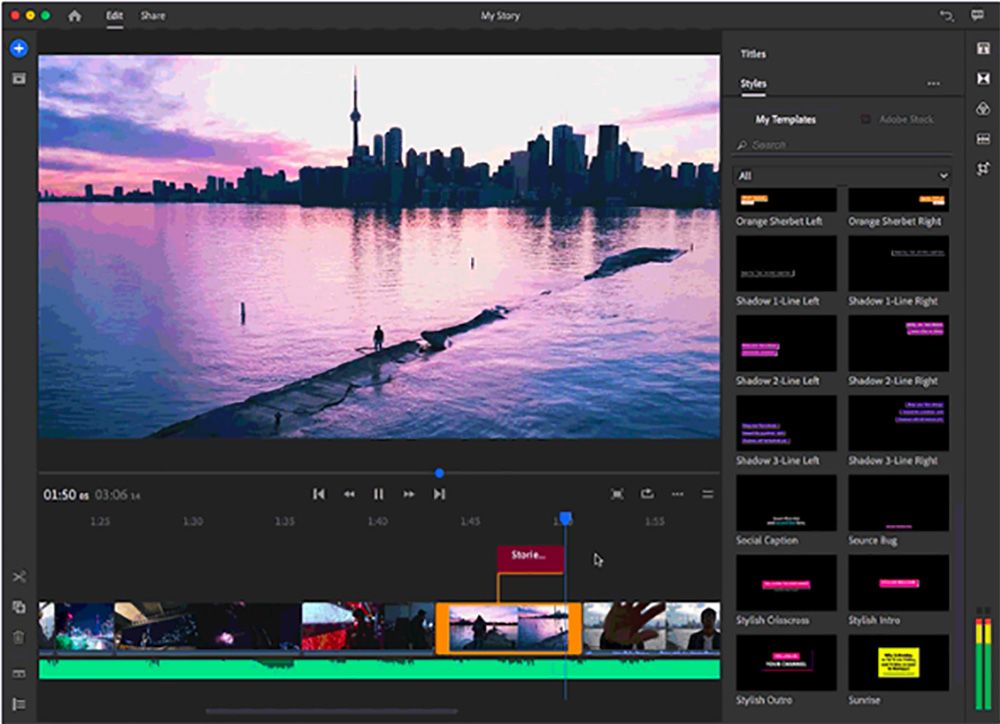 Adobe has a substantial user base, what with its Photoshop and Illustrator, which kind of started an industry — or at least forced a pivot from an existing industry. It also managed to resurrect a flailing Premiere from the ’90s to a non-linear editor that now competes in the market space with the likes of Avid, and arguably has supplanted Final Cut Pro. And After Effects definitely holds its place in the motion graphics and commercial industries. In fact, the whole Creative Cloud provides creators from many disciplines to create the images and sounds and want and need to create.

However, there is a huge market out there of content creators who don’t have the need or the time to dig into the overhead and complexity of Premiere Pro and After Effects. They want to shoot on their phone/tablet. Have access to the data to cut together. Put in a couple cool transitions. Layer in a title and float it in the social media streams.       Adobe Rush attempts to fill this niche.

Rush is essentially a stripped-down version of Premiere Pro. It’s meant for the filmmaker who is on the go, shooting and cutting on the fly. You have footage. You have a timeline and viewer. And you have a preset window. What is fantastic and a step forward in UX design is that the experience from mobile to tablet to desktop is the same. Everything functions in the same way.

As a Rush subscriber (or Premiere Pro — or the full Creative Cloud), you have cloud storage. So, Rush automagically syncs your footage to the cloud, and then is accessible on all your devices. But pfft, you scoff, I have 4K footage, I don’t think my iPhone is going to deal! When the footage syncs, a proxy of the footage is created, and then utilized on smaller, less powerful devices. If you make changes to your edit on your phone, and go back to your desktop, Rush knows to switch back over to the 4K footage.

The presets are available to get things done quickly and efficiently — and not so much for customization. So transitions and titles are limited, yet practical. The editing process is a drag-and-drop event. Setting in and out points, or slipping and sliding clips on the timeline is shy near impossible on a phone. Then, the resolution preset are specifically designed with social media in mind, exporting out the proper resolutions to Facebook or YouTube or the square for Instagram.

As I mentioned, Premiere Rush is bare-bones … for now. It’ll get more robust as they hear back from the users as far as what they need. But, out of the gate, if you’re already a content creator, and on the Creative Cloud, you have no excuses to not give this a shot. 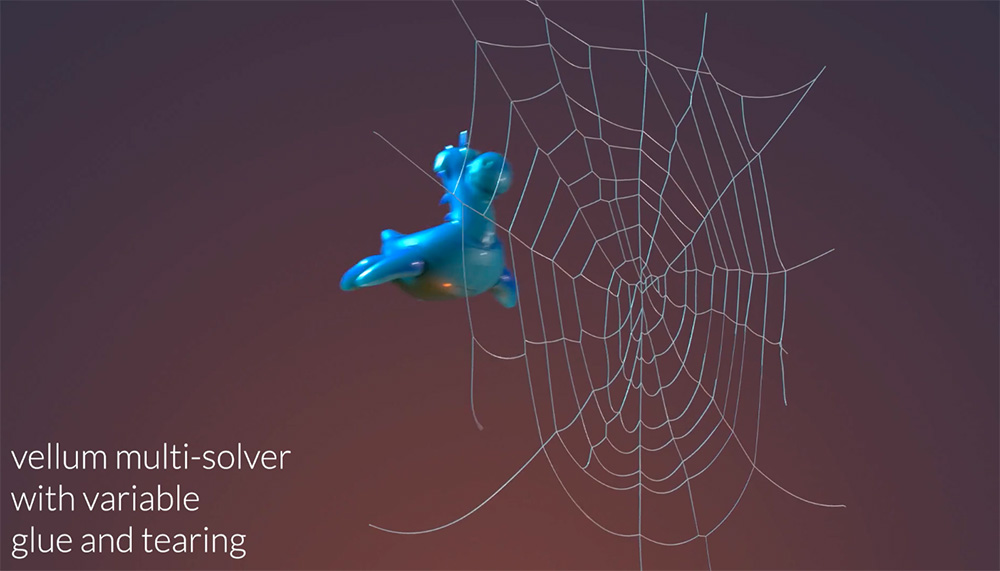 In October, Side Effects released a substantial update to Houdini, bringing it up to 17. We can’t dive into all the new character tools, grooming, terrain generating, game support and UV toolkits. For this review, I’m going to look at the multi-solver called Vellum.

Multi-solver generally means that you can take all that Vellum has to offer (which is a lot), and simulate everything at the same time. The new code is OpenCL so the simulation uses the GPU to accelerate the processes. And the workflow has been designed so that all of the complex things that Houdini specialists have been doing to build these dynamic systems have been boiled down to tools that set up all the nodes to provide a starting point from everyone from beginners to experts (although the experts will problem build their own flavors anyway)

Vellum was originally started to provide cloth tailoring and simulation solutions. Especially complex ones such as cloth draping on a character. Having cloth hang on a character in motion, interact with itself, interact with multiple layers of other cloth, and then be able to tear and detach are par for the character-animation-dynamics course. So, Vellum is comprised of a suite of constraints that can be combined, working in conjunction with one another, animated by hand or attributes or measured thresholds. You can have a pin constraint that holds pieces of the cloth in place, along with a weld constraint that holds ripped pieces of cloth together, and maybe someone is shooting velcro balls at you. Then you have a glue constraint to stick to the clothing. All of which are calculating at the same time.

The thresholds are controlled in each type of constraint. So each type can have a different stress point at which is breaks. It can stretch too far, or bend too far. It can be caused by a certain amount of stress put on the constraints. This leads to a temporary side tool, which is a visualizer provided that lets you analyze different forces on the object. Heat maps show where the surface is receiving stressors.

Combining these constraints into different configurations gives you different systems. Cloth with an optional plasticity that allows the surface to bend … and stay bent. Balloons with internal pressure than maintains volume when affected. Soft Bodies with a simple internal strut system. Or soft bodies with a tetrahedral system, which gives you a water balloon type of thing.

You could specialize just in this subset of Houdini and be a forever hirable artist. It’s not because you can do so much, but because Side Effects has set up a workflow so that you can do so much so quickly and so easily. At least for 80% of the effects. The other 20% you’ll still need to get under the hood with a wrench. That, of course, is nothing new to Houdini users.
Website: www.sidefx.com/community/houdini-17-sneak-peek