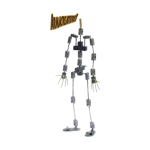 Westley Wood, a director and producer for CITV in the U.K., has found success in his spare time by offering armature sets endorsed by Ray Harryhausen for creating stop-motion animation characters through his company Animation Toolkit.

The endorsement by Harryhausen, who created stop-motion effects for decades for films such as Jason and the Argonauts and Clash of the Titans, was key for Wood, whose company has provided armature kits for as many as 5,000 animation projects across the world. Harryhausen died last year at the age of 92.

As an expert in stop motion animation, Westley, who lives in Altrincham and is currently producing and directing programs such as Compost Corner and Stix and Stones for CITV out of MediaCityUK, identified a gap in the market to provide kits which when built provide the skeleton for animation characters. After they have been fleshed out with clay and various other materials, the armatures are then brought to life by animators who move them frame by frame to create stop motion animation.

“The idea to create animation armature kits was really born by seeing trainee animation students struggle to build puppets for their films, it’s very time consuming as well as difficult to find the parts to build a quality and durable armature for a character. In my spare time I started to make the kits in my garage and demand soon picked up,” says Wood. “Harryhausen is the grand master of stop motion animation so I knew that if he agreed to endorse my product that my armature kits would really take off. I felt very honoured that he gave my product his seal of approval before he sadly passed away.”

To cope with demand, three factories in China now produce the thousands of parts that were sold this year alone and sales have increased 10 fold since Harryhausen endorsed the product. Customers now extend beyond the student market to industry professionals across the world as well as avid model makers and film enthusiasts.

For more information on the company and to order, visit www.animationtoolkit.co.uk. 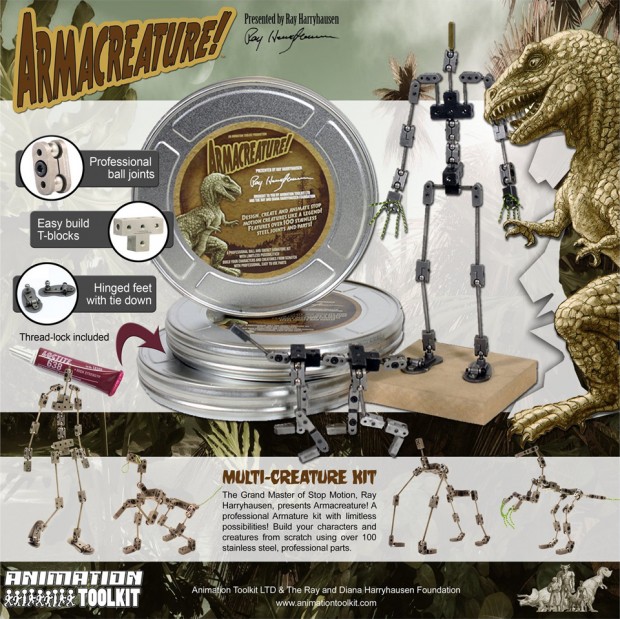 You may also like...
Related Topics:Animation Toolkit, CITV, Clash of the Titans, Compost Corner, Jason and the Argonauts, MediaCityUK, Ray Harryhausen, Stix and Stones, Westley Wood