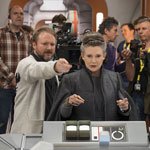 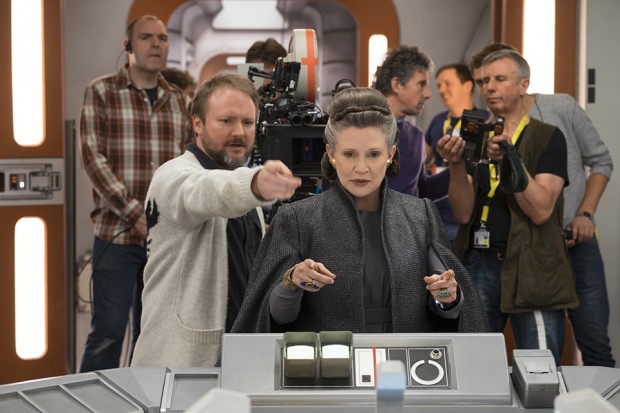 The wizards of The Third Floor reveal a few of the secrets of their work on Star Wars: The Last Jedi.

As Revenge of the Sith marked the conclusion of the Star Wars prequel trilogy, it also brought a group of artists together who went on to establish the visualization company know as The Third Floor. The past is part of the present as co-founder/postvis supervisor Barry Howell and previs supervisor Albert Cheng oversaw the Los Angeles and London facilities contributions in producing previs, techvis and postvis for The Last Jedi, the penultimate episode of George Lucas’s Skywalker family saga.

“The project was challenging in sheer number of shots alone,” notes Howell. “It was sort of a model project in that we were able to streamline the work to a high level with our director, Rian Johnson, who communicated his vision clearly.”

Howell says thumbnail shots were produced by Johnson (Looper, Brick) to illustrate the desired action and camera. “We would then prep the scenes, matching his idea and refining things further together,” he adds “When a shot did not work, he would instantly have another suggestion that we would try and move towards a better solution. Being both the director and writer, Rian knew not only how to visually show something, but also how to write the story and characters in such a way that complemented the visuals.”

Battles That Up the Ante

Previs was primarily used to visualize the action, but also for the development of the story. “Rian knew what he wanted story-wise and was eager to see how things would play out onscreen,” remarks Cheng. “Between our U.K. and California-based teams, we contributed to every sequence in the movie. A majority of our work focused on the big opening and closing battles; however, we also visualized dialogue scenes that simply required composites such as adding background stars.”

The Third Floor’s London team was responsible for visualizing the opening and ending battles, and Kylo Ren’s (Adam Driver) attack run. Barry Howell’s team updated the opening battle and attack run in post-vis, during which sequences like the chase through space and the escape of the Fathiers (long-eared “space horses”) were added.

Techvis was then created to answer specific questions about the filming for certain shots. “These would mostly be shots with actors in them, and we would help inform the camera moves and setup to optimize the physical shoot,” says Howell. “We had models of the stages the various ships and sets would be built on and could accurately reflect what would be available. Postvis was also commonly done for plate photography, which was fairly extensive for the ground battles.”

The vfx artists used Maya to set scenes up for previs, techvis and postvis, while After Effects drove the postvis which featured composites, complex tracking, set extensions, digital doubles and heavy effects work. “We used Pixel Farm’s PFTrack to get good camera tracks from the plates as well as specialized After Effects plug-ins, including Red Giant’s Holomatrix that helped us quickly create realistic-looking holograms,” remarks Howell.

Postvis to the Rescue

“Similar to Rogue One, we put as much love into our work as time allowed,” notes Howell. “Rian was able to tell early on whether a shot felt like it was going to work, which allowed us to iterate to the best version quickly. Once happy with the shot and how it worked in the edit, he would have us go on to ‘plus it’. This was largely done ahead of regular screenings that took place throughout the postvis phase.”

The film’s battle and action sequences were extensively storyboarded. “Every shot had been thought through and this allowed us to create a tight animatic from the start,” states Cheng. “As we delivered previs for each shot, our previs editor Ian Differ would add sound and music. In regular reviews with Rian and ILM vfx supervisor Ben Morris, we would receive notes on existing shots and identify new ones. Working with Rian, the previs was tightly edited to create a pacing that was thrilling to watch. Concept art for ship designs was refined throughout previs. We incorporated art department models for assets that were far along and continued to update as designs were refined further.”

Almost everything in The Last Jedi was a unique set piece, location or prop. “We created a lot of assets from scratch,” notes Howell. “Even after live action wrapped, we continued to build environments and props in postvis.”

Calculating the Speed of Flying Ships

Cheng and his team worked closely with Ben Morris and ILM vfx producer Tim Keene during previs, as most of the shots in the scenes would be created entirely in visual effects. “As one would expect, there was a lot of discussion about how ships would fly, as the language of that is well-established,” says Cheng. “Because we were often visualizing the scale of vehicles as they were evolving, we had a key dialogue with production design.”

Early on, a close relationship was established with the editorial department. “Bob Ducsay would sometimes have us leverage previs to mock up shots when there was a need to improve or elevate something in a scene,” remarks Howell. “Visual effects editor Adam Avery kept us in the loop continually, providing plates and reference edits. Visual effects coordinator Kris Sundberg was fantastic and made sure we had everything needed to meet our deadlines. Post-production vfx producer Chris Raimo did an amazing job keeping things running smoothly for everyone.”

Another signature element for the franchise are the aerial and ground warfare scenes. “The biggest challenges was establishing the proper sense of movement that Star Wars ship battles are known for,” says Cheng. “There is a language there where if you don’t get it close, it just feels off.  There are a mix of vehicles featured in the movie,  and one of the challenging aspects of battles is getting a handle on how fast these ships fly. The sense of movement and speed is so dependent on relative scales, especially in space, where you don’t have close scale or depth cues like atmospheric haze to rely on.”

Howell says the work he did on the project was the true fulfillment of a childhood dream. He also points out that the biggest challenge was trying to work through as many shots as they could in a short amount of time with screenings pending. “We already work at a fast pace, but during those weeks the pace was increased significantly,” he admits. “I was proud of my team, as they always gave 110 percent. The movie is full of really great moments! There are many that I believe will wow and surprise the fans.”