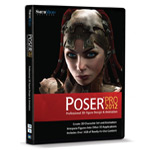 Smith Micro announced today that it has added Service Release 2 enhancements to its Poser 9 and Poser Pro 2012 3D graphics software. It has also added Japanese and German versions of the products for international Poser users.

“For artists who invest their time and creativity mastering animation software, being able to count on their software provider for support, enhancements and rapid corporate responsiveness is critical to their craft,” said Steve Cooper, the company’s senior product manager of graphic solutions. “For 17 years, the Poser team has demonstrated our commitment to making Poser the most robust, easy to use, exciting graphics software on the market. And that same dedicated team will continue innovating Poser and serving the global, expanding user base well into the future.”

Since 1994, Poser has helped artists, illustrators, animators and graphic designers to easily create full 3D scenes with digital humans, animals and props. With SR2, Poser 9 and Poser Pro 2012 users will experience improved stability and feature enhancements requested by the dedicated base of Poser users across every area of the application. SR2 provides substantial improvements for rendering, animation, rigging tools, the Content Library, as well as the Cloth and Face Room and introduces support for new PoserPython Methods. 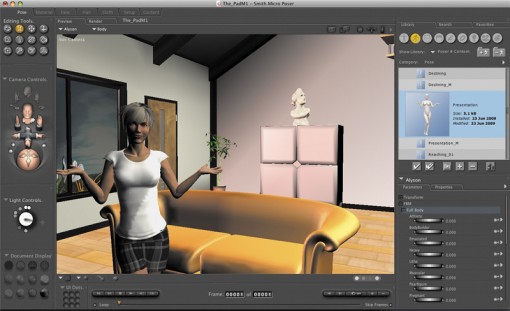 English language Poser 9 and Poser Pro 2012 customers can download SR2 now with a registered application serial number at poser.smithmicro.com/updates.html The MSRP for Poser Pro 2012 is $499.99 and Poser 9 is $249.99. They are available direct from the Smith Micro online store and from popular resellers, catalogs and distribution partners worldwide.