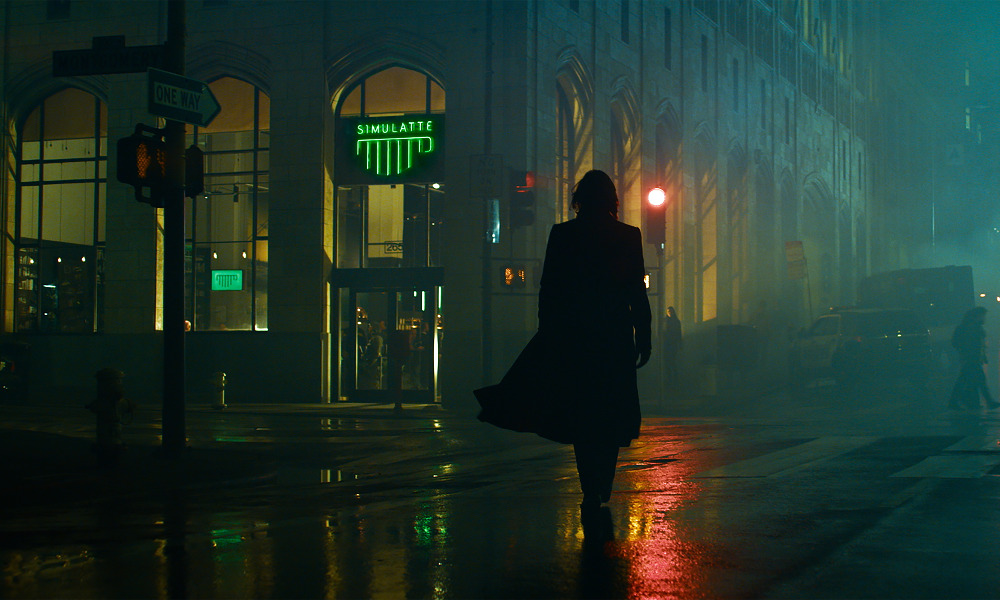 With the current advances in virtual reality, real-time rendering and AI, the futuristic world envisioned by the Wachowski siblings is becoming more science than fiction. When it was first released in 1990, The Matrix became a huge box office sensation and the messianic figure of Neo became a signature role for Keanu Reeves. In the recent reboot The Matrix Resurrections, director Lana Wachowski expanded upon the original trilogy which sees protagonist Thomas Anderson/Neo drawn once again into the conflict between oppressive machines and human resistance fighters. Frequent Wachowski collaborator Dan Glass (Cloud Atlas) oversaw the creation of 2,300 visual effects by primary vendor DNEG, Framestore and One of Us. (RISE, BUF, Volucap, Turncoat and Instinctual also contributed to the film’s vfx.) 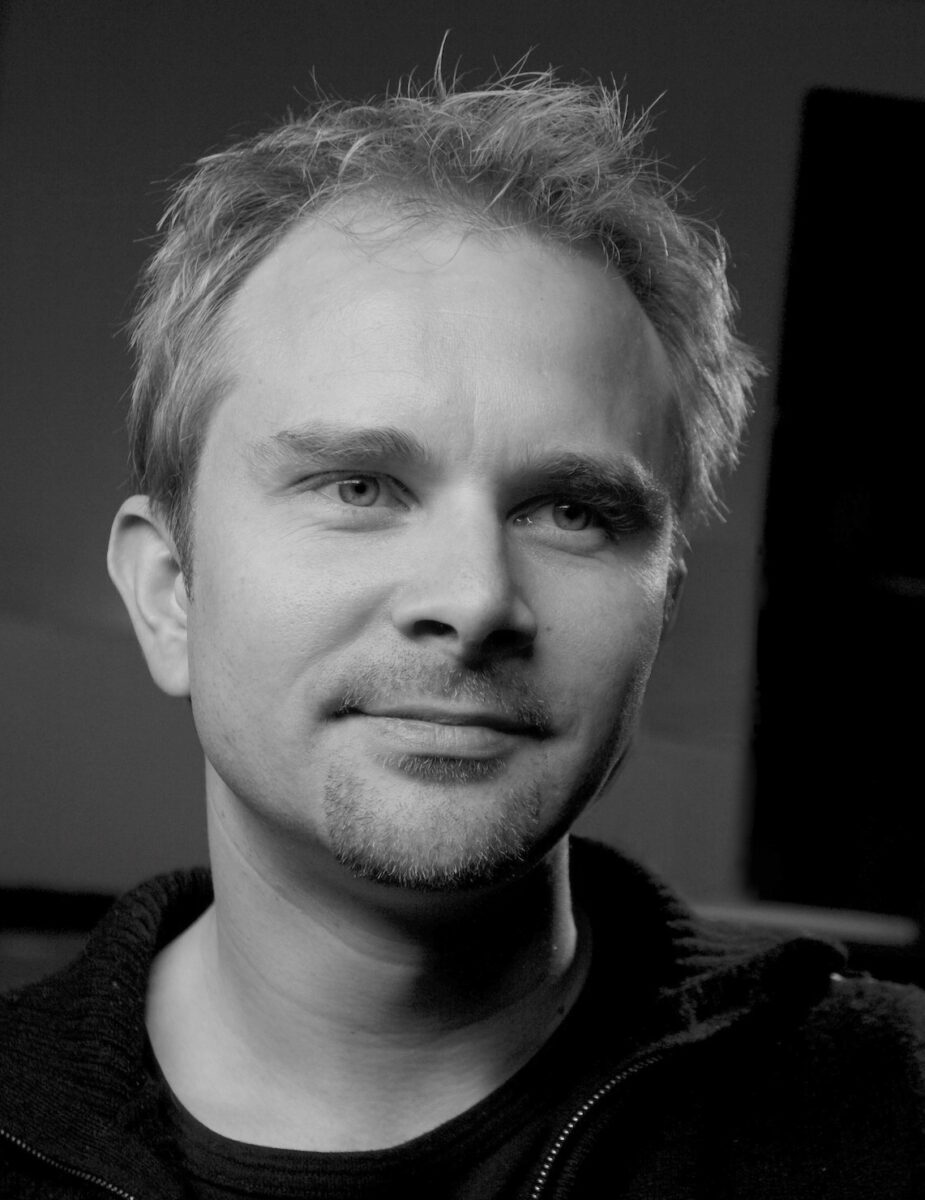 Describing how The Matrix Resurrections fits within the franchise, Glass remarks, “It sets out to be more real and a different flavor, but a continuation of the story.” Principal photography took place in San Francisco for the simulated environment constructed by the machines to deceive human beings.

“The first three movies were almost entirely shot stage-based but it goes beyond that,” he notes. “The camerawork and composition tried to be like a graphic novel; that was part of the look of the Matrix, because it was a computer’s idea of what people would think was perfection. This Matrix is an upgrade of what we have seen before. The computers are trying to create something that is even more real by putting in imperfections. The previous Matrix took place in a megacity while this one covers the world, which is because underpinning it is now a much larger operation, a vast number of pod towers.”

Having to work with practical elements did not make the digital augmentation easier. “Arguably it makes things a lot harder,” notes Glass. “The integration work becomes complex and we were shooting with zoom lenses on Steadicams with few opportunities to get data at the speed at which everything was being shot. But you know what the image needs to look like, which is critical. It also creates a more relatable aesthetic to the Matrix itself. But what we call the ‘real,’ which are the tunnels and sewers, the ugly underpinnings, had to be digitally fabricated because those environments don’t exist. That being said, we had to make them feel as real as possible because they were up against awesomely rich recognizably real footage that the rest of the movie was shot in.”

Two major set pieces requiring a close collaboration between special effects, stunts, camera department and visual effects were the high-rise rooftop jump and the motorcycle chase through the streets of San Francisco. “The chase with the motorcycle had a huge number of practical plates with the real actors on the rigged motorcycle pulled through the streets, as well as stunt doubles,” notes Glass. “They erected a Steadicam on a flatbed built around the bike so that they could film in a manner wanted for the sequence. Visual effects was there to paint out rigs and added additional people who could get closer and added more of them in the background. The big car flips on the street were rigged by J.D. Schwalm and there were real helicopters in the majority of the shots.”

The final shot with digital enviornmen (The Matrix Resurrections)

“The thing that will surprise people about the rooftop jump is most of that is real footage,” says Glass. He subsequently laughs when asked about how Keanu Reeves and Carrie-Anne Moss were convinced to jump off of a 44 story building. “That’s the magic of Lana Wachowski! Keanu and Carrie-Anne did that jump 15 times,” he responds. “We cleaned out all of the rigs and a normal amount of crew on the rooftop. Some shots are an actual CG rooftop. There were moments where we adjusted an arm position or pose and took them off of the background only to take out the more obvious pendulum swings. But we wanted to be faithful to the beautiful source photography which was captured during a real sunrise.”

Transportation between the real world and the Matrix is no longer confined to phone booths and mirrors. “We have portals where they can go from one environment to another,” remarks Glass. “They’re akin to how the mirrors were used in the earlier movies to get back to their real-world ship. Those used a variety of techniques. Sometimes they’re just greenscreens and then carefully matched up backgrounds from one place to another. Other times we built set pieces. There is a section in an early part of the movie where there is a lot of weirdness in terms of gravity. Some of those sets were built upside down or placed 90 degrees next to each other and we did some wire gags between them.”

The new, bigger than ever Matrix is powered by many more pod towers. (The Matrix Resurrections)

Another new addition are the concussive blasts that Neo is able to generate. “It is loosely based on how Neo used to fly and he could impact the ground, send off ripples and take off,” observes Glass. “In this movie, the effect is more like a force shield or punch that Neo can use. We wanted to keep it in this world of reality. It is also related to the way he can stop bullets which we have previously seen. We have this moment when Neo puts his shield up, and he and Trinity drive through the fireball with the smoke and flames wrapping around them. There is another scene when Smith picks up a bathroom sink and brings it crashing down on Neo and he uses it there. The sink breaks, fragments and flies off.”

There were also some subtle upgrades such as the signature streaming green code of the Matrix. “Lana wanted the code to have a gold ornament motif so it has a highlight kick,” explains Glass. “The font set was done by my brother, who is a language specialist. The code is dressed into a lot of subtle areas that might require a second viewing for it to be noticed.”

Modeling a tower platform outside the Matrix

Final shot of the platform (The Matrix Resurrections)

The mirror effect also made use of some practical trickery. “We cut a hole in a real mirror so that Keanu could put his arm through it,” says Glass. “The mirror was also removed so that the camera is looking back and we put the reflections in after the fact.”

The films’ signature Bullet Time visuals also make an appearance, but in a different form. “Neo is frozen and the character called the Analyst can maneuver and walk around in real time,” explains Glass. “Things are moving at different frame rates and the sun travels across the room creating a slow tension build across the scene. That was shot the most we could in real locations using a stereo rig with cameras at different frame rates.”

Modeling a fly-thru of the expanded Matrix world

Glass admits that being able to pull off visuals that defy expectations was the biggest challenge for him and his team. “We did use and explore techniques like volumetric capture; it is used to merge characters who fuse together at one point for a bypass operation in the Matrix,” he notes. “To get their performance to line up, we shot a volumetric capture array that was used within the set with the actors and dressed background, and then applied machine learning and AI to map one to the other.”

He says the overall goal was to create a new installment that audiences — especially the fans of the original trilogy — would enjoy. He adds, “The San Francisco chase was exciting for me to see come together, and is a great example of how we tried to push reality.”

Warner Bros.’ The Matrix Resurrections is currently playing in theaters and streaming on HBO Max.