+ Faceware Technologies, purveyor of markerless 3D facial motion-capture solutions, announced a new realtime product called Faceware Live which can capture a live actor’s facial performance with any video source and instantly transfer the performance to a 3D character. The new tool, which can be applied to on-set pre-viz, live interactive experiences, desktop production and more, will be available in Q4 of 2013 and will be displayed at SIGGRAPH (July 23-25) at booth #809. (www.facewaretech.com).

+ Women In Animation will once again host their annual SIGGRAPH Birds of a Feather event on Tuesday, July 23 from 9:30 to 11 a.m. in room 202B of the Anaheim Convention Center. The gathering is an opportunity to mingle as well as learn more about the organization, and is open to all comers regardless of WIA membership. (www.womeninanimation.org).

+ Cloud-based rendering service company Render Rocket will showcase two new innovations at SIGGRAPH: an open-source cloud-rendering application called Render Rocket LaunchPad accessible through Autodesk Maya, 3ds Max or Maxon Cinema 4D for Windows or Mac, and a cloud resource management tool called Render Rocket Throttle which allows users to manage costs and render delivery by scaling up or down the number of servers working on their render. Both tools will debut at the Intel Studio Lounge (Rm. 201B) and expected to launch this Fall. Additionally, the company will be shifting its pricing model from cores per hour to render nodes per hour starting September 1. (www.renderrocket.com). 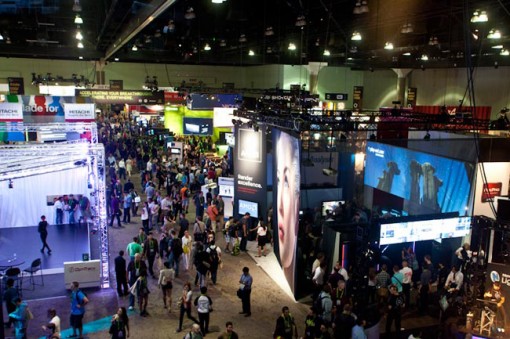