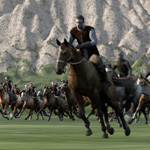 Massive, makers of the Academy Award-winning crowd simulation software Massive Prime, have announced the upcoming release of Version 9.0 of its flagship product, as well as its brand-new “Horse & Rider Agent” offering new possibilities for crowd sims. Massive will be displaying both at SIGGRAPH 2017 in LA by appointment.

Massive Prime Version 9.0 builds on the recent introduction of the Massive Parts Library and Ready to Run Agents with several new features, including a new universal plugin allowing nearly any third-party vendor, 3D animation tool or rendering application to implement its own Massive support.

“Every year we receive multiple requests to support various animation and rendering applications,” said Stephen Regelous, Massive’s CEO and founder. “We want to make it easy for anyone to utilize Massive’s tools, which is why we decided to make a straightforward ‘universal’ plugin that would allow Massive agents to appear in renders, or even directly in software viewports.”

Version 9.0 will also introduce a shader network feature that allows users to import, edit or build shading networks directly within Massive. When importing a shading network from a third-party tool, such as Autodesk Maya or 3ds Max, these networks will look and function the same in Massive, enabling artists to continue to edit and improve an agent’s look without interrupting their workflow. The architectural visualization market will also get a new “Lanes as Generators” option, which combines and simplifies lane following and agent generation location — plus, there will be new crowd movement options, including a convenient way to incorporate escalators and travelators.

All updates introduced to Version 9.0 will be applied to both Massive for Maya and Massive for Max as well, at no additional charge.

The Horse & Rider Agent promises artists the ability create the best film-quality equine locomotion ever seen in a commercial product. Capable of approximately 100 individual movements and actions, the new tool can cut fully rendered shot turnaround down from a months-long team project to a day’s work for a single artist.

“There have been a lot of films and movies featuring dozens of horses at full gallop, but filming the real animals is difficult and dangerous, and animating them is cost prohibitive for many studios,” said Regelous. “Using a single Horse Agent, an artist can get the film-quality results at a fraction of the cost and control the action in a way filming real horses could never hope to achieve.”

The Horse & Rider Agent joins Massive’s AI-controlled “Ready to Run Agents” series, which operate using fuzzy logic to automate character responses. Artists working in Massive can choose the type of agent they want to rent or purchase – human, machine or animal – set parameters, customize appearance, plot a route and watch them go. All agents are pre-built with a skeleton, motions, brains, geometry, cloth, textures, shaders and controls. Agents can also be customized to create a unique physical appearance. In the case of the Horse & Rider, the pre-built package includes dynamic hair simulation for the manes and tails.

To capture the equine movements, Massive turned to motion capture shop Profile Studios, which has worked with major Hollywood outfits including Lucasfilm, Legendary Ent. and Marvel Studios. The team at Profile spent two days capturing and mapping the movements of horses at various speeds both in an indoor arena and outdoors in a large, open space. Dozens of biometric motion capture sensors monitored every muscle and movement on the horse, resulting in the Horse & Rider Agent’s ability to gallop, canter, jump, dressage, walk, trot and more.

“The film-quality realism and actions comprising the Horse & Rider Agent are simply incredible,” commented Dave Levy, Group CG technology director at The Mill. “I am continually impressed at how easy and fast it is to use what, in reality, is an incredibly smart and sophisticated software application.”

The “Ready to Run” series currently includes the Locomotion, Stadium, Ambient, Mayhem, Combat Sword and Car Agents. Each agent can be purchased outright or rented for a limited time. Costs range from $500 to rent and $3,000 to purchase, depending on the agent.

Massive for Max is available for $595/quarter or $1,995/year, and includes the Ambient Agent and one-year of maintenance. Massive for Maya can be purchased for US $3,500, including the Ambient Agent and maintenance for one year. Massive Prime is USD $16,000, which includes one year of maintenance and support. Customers who purchased Massive within one-year year of Version 9.0 release will receive the new software at no additional cost. A 30-day free trial of Massive is available upon request. 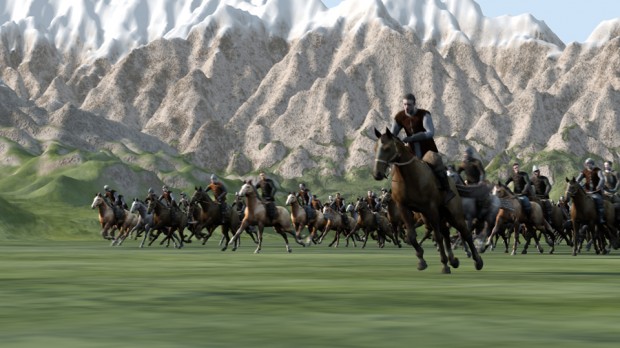 Clip: Behind the VFX of ‘Diary of a Wimpy Kid: The Long Haul’
SIGGRAPH: MAXON Unveils Cinema 4D Release 19