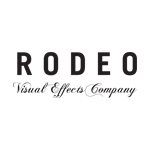 Deadpool delivers the horrific backstory of Wade Wilson (played by Ryan Reynolds), a Special Forces operative who undergoes an experimental cancer cure only to be mutated into a slave-soldier. The indestructible operative has a mordant sense of humor, the ability to heal spontaneously, and a burning desire for revenge. Luckily for the production, Winton was a big fan of the character and was able to bring insightful proposals to the table.

The “cure” procedure introduces a mutation to Wilson’s body, changing the structure of his skin and hideously deforming him. Brinton and his team did concepts for skin decomposition at different stages, using time-lapse footage of rotting vegetables and meat for inspiration. Finding the production plates too dark to show subtleties, they added more detail and shape to the skin, modeling with ZBrush, doing lighting passes and compositing in the textures.

During the change, Wilson is held in a torture chamber, but escapes as the room burns to the ground. The scene was shot continually in one room that had been fitted with gas pipes emitting flames, making the usual practice of submitting individual shots for approval inefficient and awkward. Instead, Rodeo FX asked to submit the finished sequence in its entirety to film vfx supervisor Jonathan Rothbart. This meant that every shot in the submitted sequence had to be final, with all shots at the same level of quality.

Rodeo FX also delivered a key post-disaster scene in which a ship crashes, creating a junkyard of smoldering parts. The scene was shot on greenscreen, with the studio generating digital set extensions for the junkyard, compositing a matte painting shared by Blur Studio, and adding smoke and ashes. Rodeo FX produced additional matte paintings based on photos of the set. Smoke and ash started out heavy in the scene, reducing in intensity as it progressed to create what Rodeo compositing supervisor Martin Limann calls “a choreography of simulated ash, falling in 3D space.”