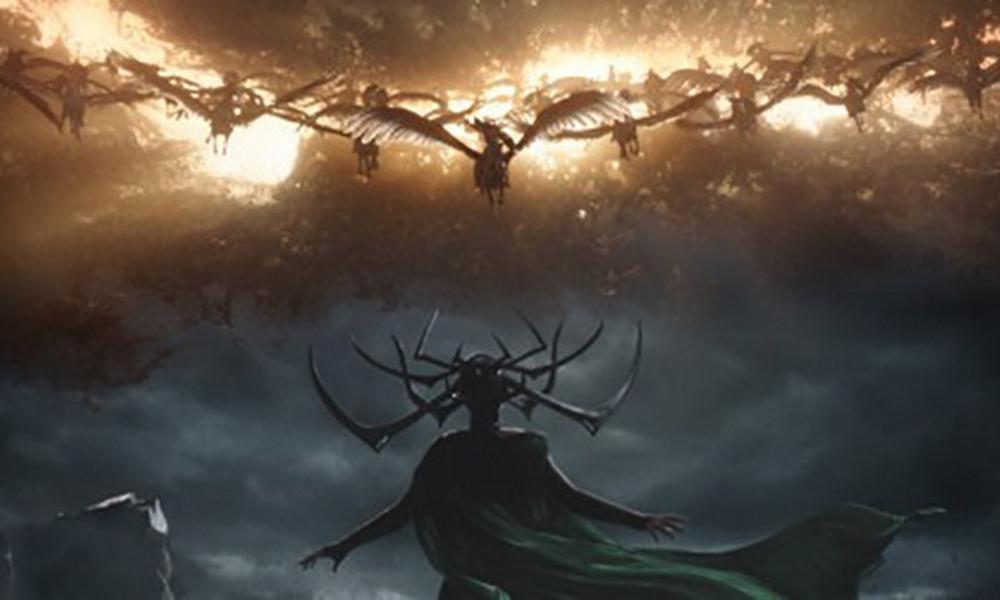 Australia’s Rising Sun Pictures (RSP) reached its 25th anniversary Monday — the latest milestone for the visual effects studio which, from humble beginnings, has gone on to produce ground-breaking work for more than 150 motion picture and series productions, including some of the most popular and critically-acclaimed films of the past two decades.

RSP’s work has been honoured with Visual Effects Society (VES) and Australian Academy of Cinema & Television Arts (AACTA) awards, as well as contributing to Oscar and BAFTA winning films. It has forged long-standing relationships with top studios and producers worldwide, and launched the careers of scores of incredibly successful visual effects supervisors, producers and artists.

How has a mid-sized studio in Adelaide, South Australia managed to thrive for so long in an industry noteworthy for its boom-or-bust business cycles, rapidly evolving technology, and intense, international competition? Tony Clark, the company’s Co-Founder and Managing Director, sums it up in a single word, “Trust.”

Located halfway around the world from its studio clients, RSP has focused relentlessly on earning trust.

“It’s about being honest and transparent in your relationships and building confidence over time,” Clark explains. “It’s doing what you say you are going to do, doing it well and doing it consistently, year after year. We feel fortunate to have formed good-quality relationships with our clients. Many of them who were with us at the start remain our friends to this day.”

Clark and partners, Wayne Lewis and Gail Fuller, were fortunate in their timing when they formed RSP during a meeting at the Rising Sun Inn in suburban Adelaide in 1995. The release a few years earlier of James Cameron’s Terminator 2: Judgement Day, the first studio film to feature a lead character produced with computer graphics, had sparked a boom in visual effects and created demand for new suppliers.

“There was a scarcity of resources and companies that could reliably deliver quality at a good price,” recalls Clark. “That created an opening and we worked diligently in those early years to fill it.” 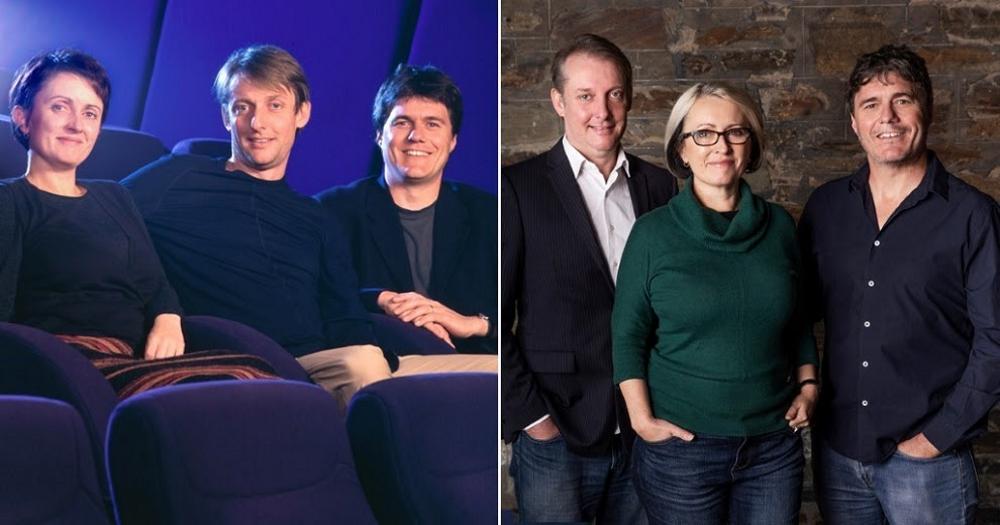 RSP founders, then and now.

After cutting its teeth on smaller and independent films, RSP made a breakthrough in Hollywood in 2001, when it was awarded work on Warner Bros.’ Red Planet. Impressing Warner Bros.’ production team with its ability to deliver high quality shots quickly, the studio soon began attracting work on other blockbusters, including The Lord of the Rings: The Return of the King, as well as key effects scenes for Harry Potter and the Goblet of Fire. RSP worked on four more films in the Harry Potter franchise, as well as other key sequences in The Hunger Games, X-Men, and creating the lead character Charlotte in Charlotte’s Web.

As a mid-sized studio, RSP gained a reputation for a hand-crafted approach toward visual effects production, one that allowed artists considerable creative freedom. Ambitious, talented artists found that appealing.

“As we began working on bigger films, we started to hire artists from the States and London,” notes Co-Founder Gail Fuller. “Many had worked at big facilities where their tasks were narrowly focused. They felt like workers on a production line. Here, they felt more ownership of their shots and engaged in the project as a whole. They could point to the screen and say, ‘Hey, that’s my shot!’” 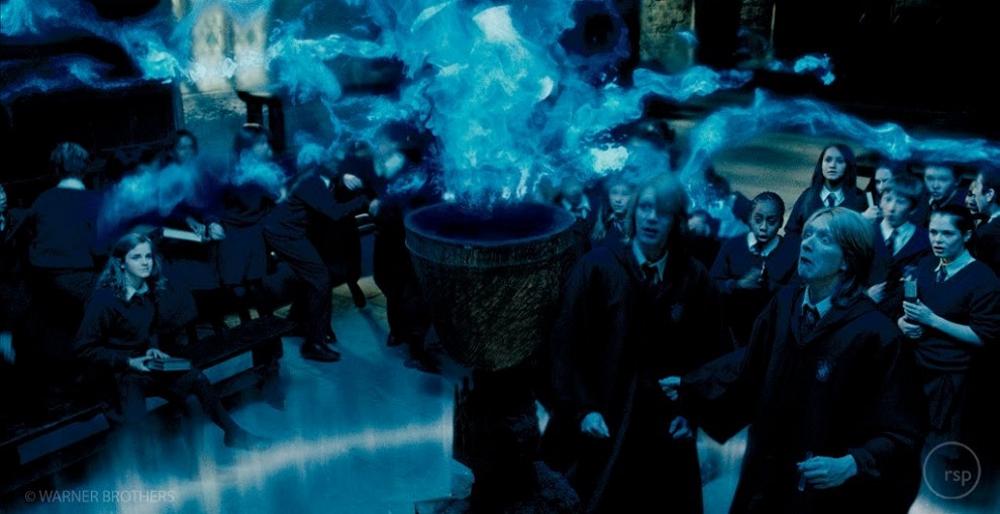 Harry Potter and the Goblet of Fire

In recent years, the studio has been called on to take the lead on ever-more technically and creatively challenging effects sequences. It shared an Oscar nomination for its work in designing and executing the time-bending “Quicksilver Kitchen” scene from X-Men: Days of Future Past.

It also created the heart-stopping re-entry sequence featured in the final moments of Alfonso Cuarón’s Gravity (winner of the 2013 Academy Award for Best Visual Effects). For 2019 Best Picture nominee Ford v Ferrari, the studio created a digital replica of Daytona International Speedway, as it appeared in 1966, and filled it with thousands of digital actors in period costumes. Most recently, it has created eye-popping visuals for Marvel Studios’ Black Widow and Disney’s Jungle Cruise.

The opportunity to make meaningful contributions to impactful scenes on high-profile films has helped RSP build a remarkably stable workforce. In the contract-driven visual effects industry artists often denote their work histories in terms of months, but many of the artists and producers at RSP have been with the company for years, some for decades.

“Working at RSP has never felt like a job,” says Ben Paschke, a Look Development Lead who has been with the studio since the late ’90s. “It’s always been about working creatively with very smart people and problem-solving. Every project is so different from the one before, you never run out of opportunities to rethink techniques and build new skills.”

RSP’s Adelaide location has also contributed to its ability to retain staff. While the city offers the conveniences of a large urban center, it has a small-town vibe, an enviable climate and spectacular scenery. For artists emigrating from Los Angeles or London, it’s also remarkably affordable.

“Adelaide is a lovely place for artists who want to raise a family,” says Maree Friday, an Adelaide native and Executive Assistant at RSP for 18 years. “Our new recruits love the fact that there’s not a lot of traffic and they can go to the beach or wineries on the weekend.”

The studio’s management has also encouraged longevity in its staff by fostering a sense of shared purpose. As filmmakers themselves, they are motivated by the same passions as their artists.

“I think the loyalty comes from the fact that the company was established by people who love making films,” observes Sara Henschke, Inductions and Resource Administrator, who was part of the studio’s original staff. “The fluid nature of the industry means that staff come and go, but we’ve got a solid, stable core and newcomers tend to be like-minded people who bring fresh energy and new approaches.”

Another early member of the studio’s staff, Didier Elzinga (now CEO of the software company Culture Amp), attributes RSP’s success to persistence: “Some incredible visual effects companies have come and gone over the past 25 years. One thing I learned during my 13 years at RSP is ‘never give up.’ The industry is volatile and challenging, but every problem is solvable. You just have to keep going.” 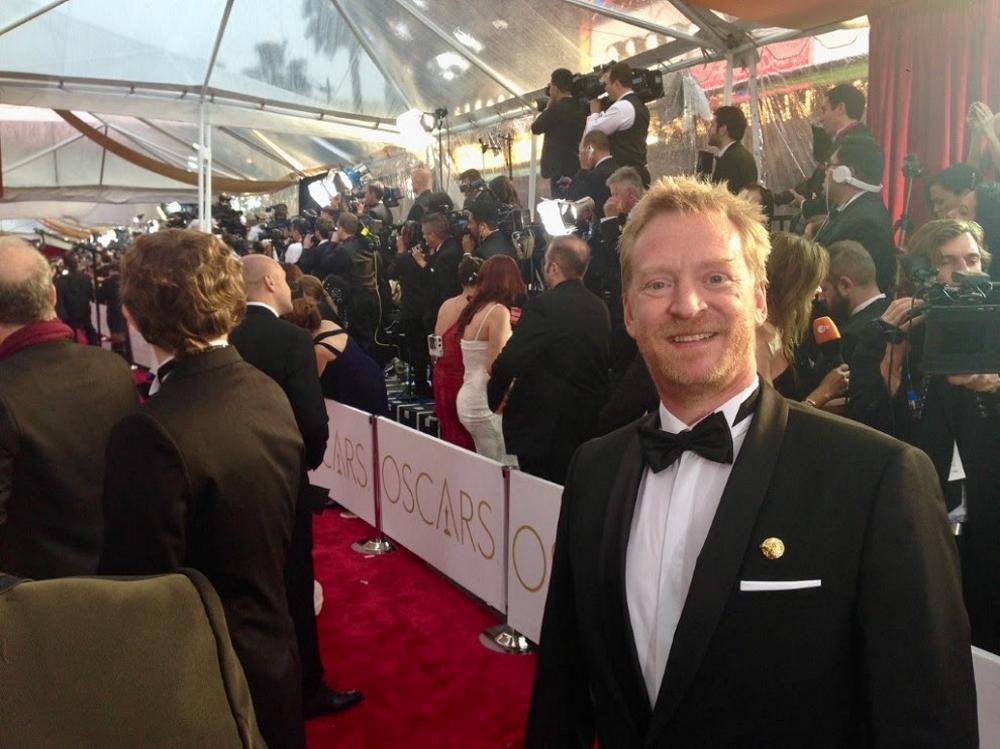 Tim Crosbie, RSP VFX supervisor on X-Men: Days of Future Past, at the Oscars.

From a business and marketing perspective, RSP’s Adelaide location may have initially been an obstacle, but, in the long run, has proven to be a tremendous asset. It has forced the company to find ways to compete with local vendors on an equal footing. In order to efficiently review media with studios, RSP assisted in the development of cineSync, an early remote collaboration technology. (Tony Clark was part of the group that was awarded an AMPAS Scientific and Technical Achievement Award for cineSync in 2010). RSP has also been an early adopter of high-speed file transfer and data security technologies. That experience has proven advantageous during the current COVID-19 pandemic.

“We were able to quickly get people working from home with appropriate solutions for data management and security,” says VFX Bidding Producer Ian Cope. “Our studio clients are impressed with how far ahead we are. We have a robust infrastructure to support remote work and are very mindful of security.”

RSP has also taken a deliberate approach toward cultivating new talent. Eight years ago, Co-Founder Wayne Lewis led an effort to develop a training program at the studio. Since then, it has developed into an accredited, multi-tiered educational program for prospective visual effects artists, operated in tandem with the University of South Australia.

“Our aim was to create a local talent base with the expertise necessary to enter the industry,” explains Lewis. “It began as a small experiment but is now a full-fledged undergraduate and graduate program. We deliver structured learning that accelerates the development of young artists.”

The program produces up to one hundred capable junior artists each year, enough not only to fulfill RSP’s needs for entry-level talent, but also to fill jobs at other visual effects studios across Australia and elsewhere.

“That was part of the plan,” Lewis continues. “The program is not only meant to help us; it’s designed to advance the industry in Australia as a whole. We want Adelaide to become a destination for people who want to work in visual effects.”

As RSP embarks on its second quarter century, it is looking to evolve. The entertainment industry is changing. With the growing popularity of streaming, the studio is taking on more series projects. It also seeks out other opportunities.

“We want to move outside our comfort zone,” says Cope. “We want to innovate and push ourselves. There are a lot of interesting opportunities and as we find the right ones, we’ll run with them.”

Clark says that while that evolution and adaptation are crucial to RSP’s future, the studio will stay true to its founding principles: “Companies like ours are only as good as their people. If you remove the people from RSP, you’re left with computers, and computers don’t make pictures by themselves. At the end of the day, we will continue doing what we’ve always done: produce high quality work that is memorable and moves audiences. That’s why good clients come to us and it’s why good people want to work here.” 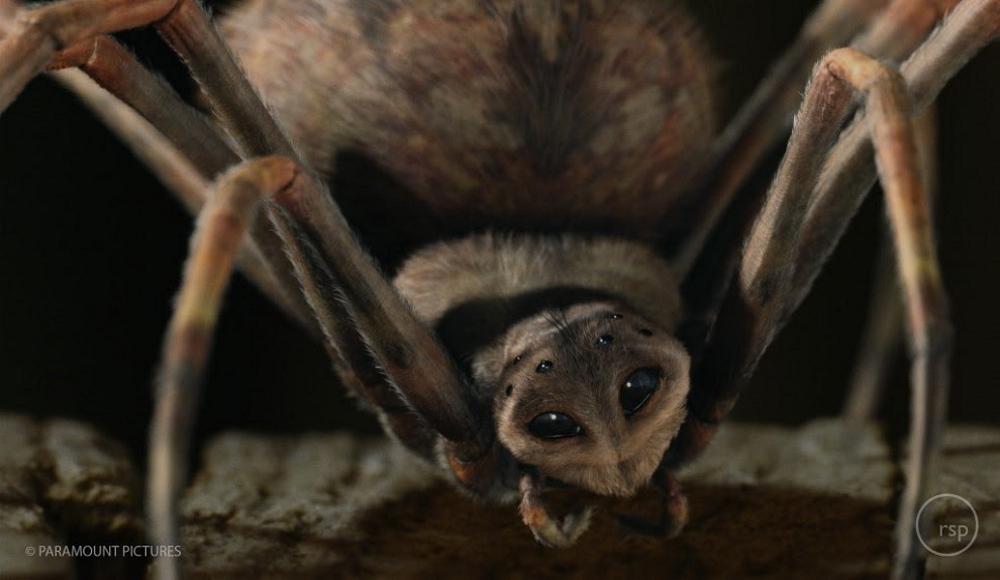