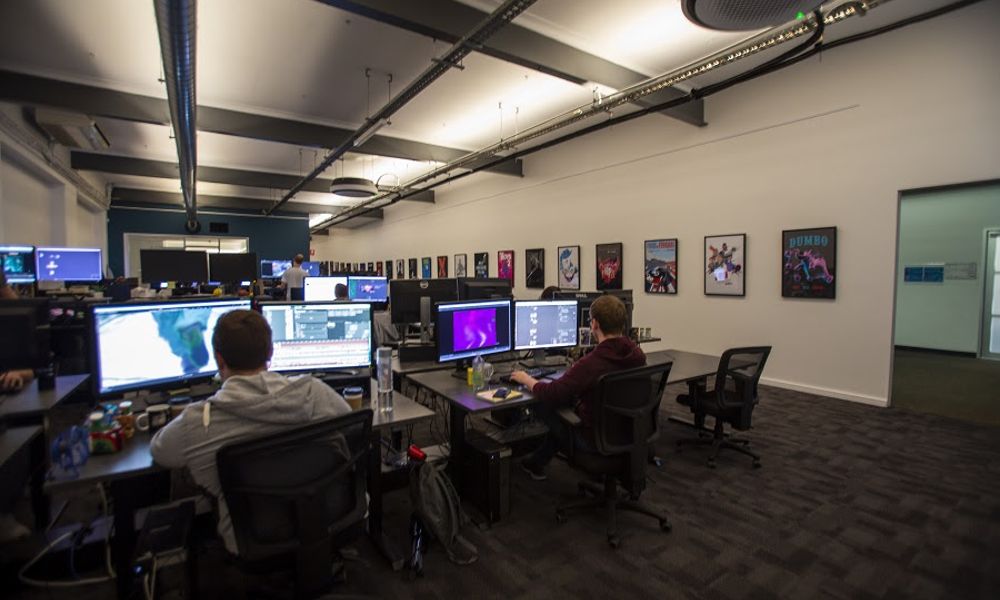 Buoyed by a boom in motion picture and series production, Rising Sun Pictures (RSP) quickly reached maximum staff capacity at its current location and the visual effects company has pulled off a swift expansion. Taking charge of the building next to its main studio located in Pulteney Street in Adelaide, RSP took only months to renovate the new section.

Neighboring walls were removed so staff could move freely from the existing studio to the renovated building. The new 480 sq m (5167sq ft) space, which was acquired to house additional staff, includes a cinema-style screening room, soundproofed meeting and review facilities, and a workspace for up to 80 artists. With commitments from multiple international film productions and streaming series, the completion date couldn’t have come at a better time: RSP expects its Adelaide team to soon top 225.

RSP is benefitting from Australia’s strong response to the COVID-19 pandemic, which has allowed film and television production to resume in near normal conditions far ahead of other parts of the world. International production and post-production work are also being drawn to the country by generous government incentives, which were expanded last year. Australia’s PDV offset currently provides a 30% rebate for post, digital and visual effects production (PDV), and is enhanced by an additional 10% incentive on South Australian PDV work. Those factors, combined with a favorable exchange rate, make Australia an attractive destination.

“Life is relatively normal here and that has enhanced Australia’s standing as a premium destination for filmmakers,” says RSP Managing Director Tony Clark. “We are seeing an incredible uptick in filming activity, accompanied by increased demand for visual effects. With great projects booked for the year ahead, we are adding capacity and talent, while ensuring we adhere to safety protocols.”

RSP’s new space is designed to allow artists and others to work productively in a socially distanced environment. The expansion includes the very latest LG air conditioner and increased fresh air circulation to maintain a healthy workplace. While the lighting has been designed for zero glare and with hot spot reduction to reduce eye fatigue and improve clarity for artists. 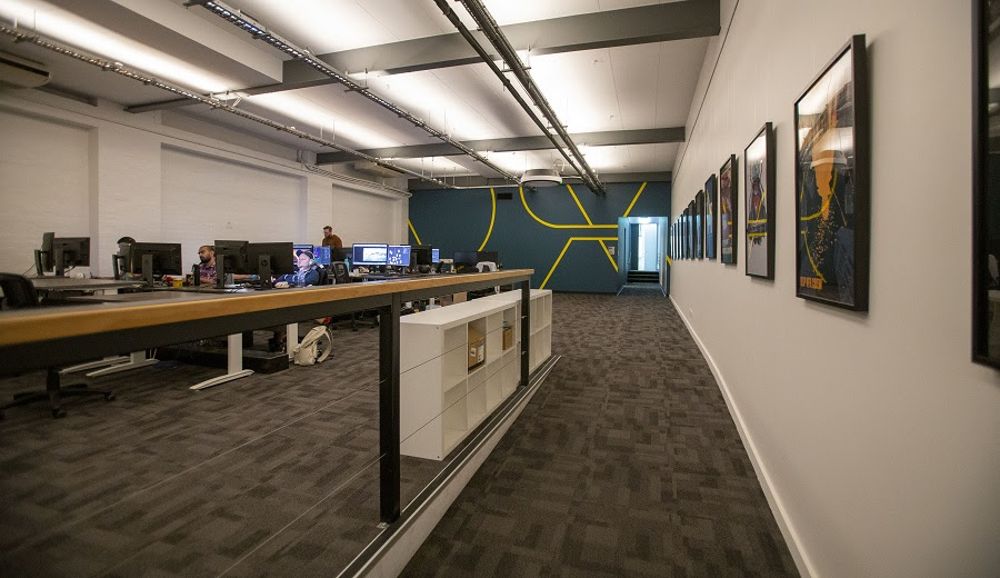 Last year, when the pandemic first appeared, the company made modifications to its main production studio to facilitate social distancing. It also upgraded its infrastructure to allow artists to work remotely when necessary and in compliance with industry-mandated security guidelines. As a result, the studio experienced only minor disruption during the initial lockdown. Since then, it has delivered several large-scale projects, including more than 500 visual effects shots for the New Line Cinema feature Mortal Kombat, which will be released on HBO Max and in cinemas in April.

RSP has come through the pandemic stronger, notes Head of Business Development, Jennie Zeiher. “We are typically involved in productions based in America, the U.K. and New Zealand, so working remotely across multiple time zones is nothing new for us,” she says. “Our long-term forecasting indicates a huge rebound in production as countries reopen and people return to theatres. We are excited about the future and ready to take advantage of new opportunities.”

RSP also has a unique advantage for hiring artists, bringing in new junior talent through the visual effects training program it runs in partnership with the University of South Australia. Earlier this year, it hired five young artists who had just completed its Graduate Certificate courses. “Our educational program has become an incredibly valuable asset in developing production-ready talent,” says Clark. “Artists who’ve gone through the program in past years are now working their way up the ranks.”

A further contributor to the company’s success is its location in Adelaide. The city’s moderate climate and active lifestyle make it appealing, especially to artists with young families. The new space has been designed with enhanced end-of-trip facilities. “We have many avid cyclists who enjoy their ride to and from work; the new space has been designed with that in mind – park your bike in the expanded bike room, freshen up, grab yourself a coffee all before you start your workday,” says Zeiher. “We also decided to use our own artwork for the new space paying homage to decades of crew gear art.”

Although Australia’s rapid recovery from the pandemic is helping to fuel the current spike in production, Clark expects RSP’s fortunes to continue rising long after the crisis has passed. “RSP has an excellent reputation,” he says. “We continue to provide excellent service and exceptional work. Our recent experience has only underscored those basic values.”