Ape Entertainment and leading family entertainment company Classic Media have announced the digital comic debut of Richie Rich in the Apple App store. The app will feature the digitally restored and color corrected original master copies of the comic as well as new adventures titled Rich Rescue for the iPad, iPhone and iPod Touch.

The app—developed by Ape’s digital partner iVerse Media—is free to download and comes with a free preview of the first issue. Through the app users can purchase four full-color issues of the new Rich Rescue series for $1.99 each, and Richie Rich Classics series for 99 cents each which include a color cover, one five-page color story and the rest in black and white. Ape Entertainment’s Rich Rescue give the classic character an updated look and emphasizes his altruism as he helps people in need around the world (also available in print in stores).

“I grew up reading Richie Rich comic books and am proud that Ape Entertainment is now offering the first-ever digital version of this classic on iOS,” said Brent E. Erwin, Ape Co-Publisher. “Working with Classic Media and iVerse has been an extremely great experience and we’re looking forward to offering fans another way to enjoy Richie Rich.” 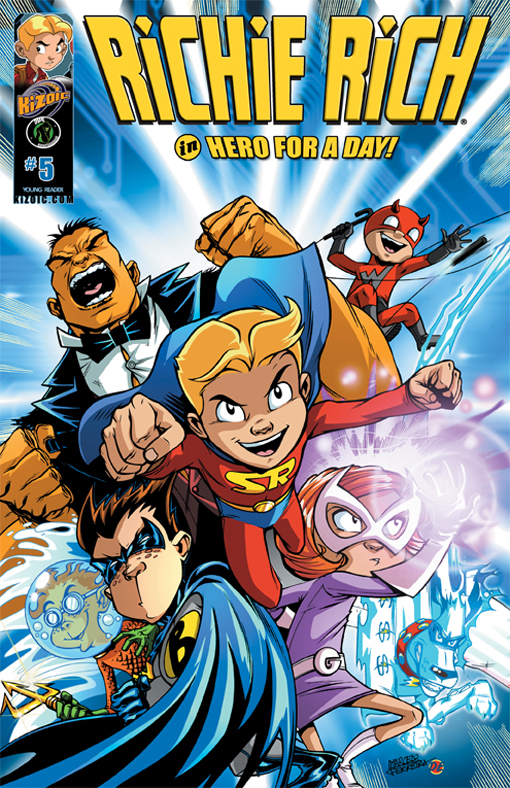 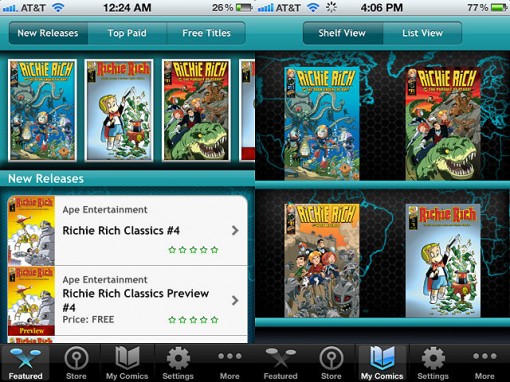