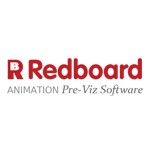 “Once a storyboard has been completed for an episode or sequence, Redboard has then always generated a considerable amount of both visual information and textural metadata for each episode, which is incredibly useful for the production company and any sub contracting studio,” Redboard’s pipeline architect Keith Pang told Digital Journal. “Much of this data output can be generated automatically once an animatic edit of the episode has been completed; but putting all the resulting movies, images, layout files and animatic timings in a readily accessible structure was proving challenging. That’s when we started talking to Shotgun Software. Shotgun Software already have a well established, trusted and accessible system used throughout the animation and VFX industry.”

Incorporating Reboard’s pre-viz technology into Shotgun allows studios to plan and manage not only pre-production but the entire production. Beginning with the storyboarding stage, Redboard transfers design, camera and scene data into the CG production workflow while maximizing the clarity of pre-production data. Now, Shotgun’s API allows Redboard to exploit this data quickly and efficiently within an industry standard interface. The API also allows for customization of the dataset according to the requirements of existing Shotgun users.

Redboard Arms Itself with Shotgun