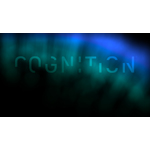 The fledgling studio is already in the process of expanding its 3,000 sq. ft. facility with a multi-million dollar, 13,000 sq. ft. addition. The facility, expected to be completed by fall, will feature a pair of 4K digital cinema finishing theaters, scalable vfx pipeline, emerging technologies research center and creative office space in a campus-like environment. Cognition will expand services to include on-set and remote dailies, vfx concept and design, on-set supervision, animation, graphics and deliverables.

“Cognition represents a smarter way to produce movies and television,” says Pope. “Our business model positions production and what was traditionally called ‘post’ to be much more intimately—and interactively—linked, where producers and directors work in close proximity to the people producing the visual effects, color work and distribution packages. We believe the seamless integration of production with services such as color and VFX is not only a more organic way to fulfill the complex needs of today’s filmmakers, but will also serve to keep more work in Los Angeles and deliver a stronger, more innovative end product.”