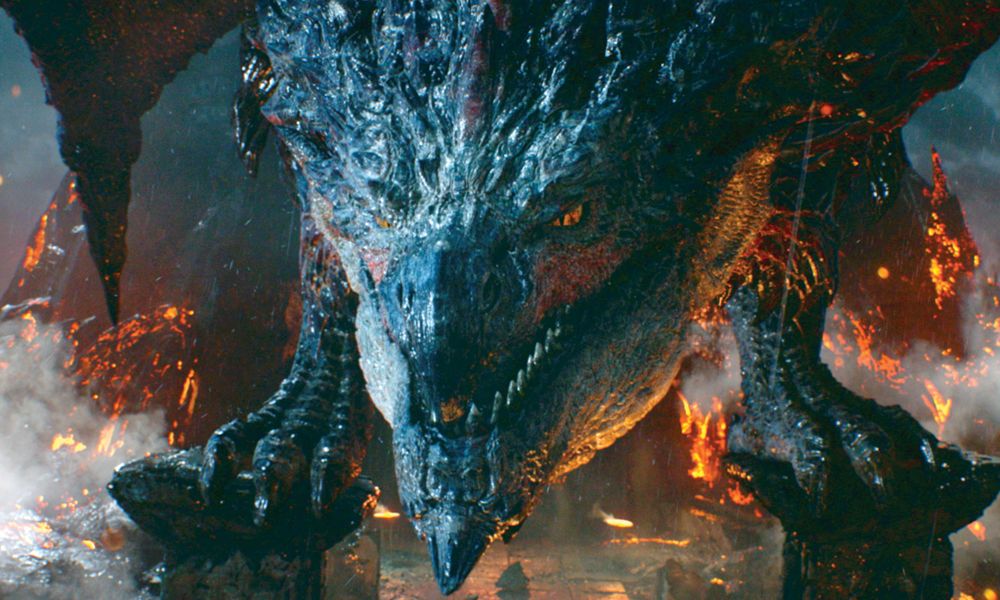 Filmmaker Paul W.S. Anderson extends his relationship with Japanese video game publisher Capcom beyond the Resident Evil franchise with the new action-packed sci-fi movie Monster Hunter. Partnering with Anderson on this year-end thrill ride are producers Jeremy Bolt and Dennis Berardi, who also serves as the visual effects supervisor on the cinematic adaptation. The storyline centers on an American military unit led by Lt. Natalie Artemis (Milla Jovovich), who is swept away to a parallel world by a mysterious storm. They find themselves teaming up with a band of warriors to prevent massive predatory creatures from travelling to Earth.

“Because Monster Hunter was so visual effects-driven and that informed how we were going to shoot the movie, it made sense for me to be involved more than a visual effects supervisor,” explains Berardi, whose many credits include Guillermo del Toro’s Oscar-winning feature The Shape of Water, Crimson Peak and Ad Astra. “One of the reasons that I’ve stuck with Paul for a lot of years is because his process is fun. It is a real partnership. He is open to ideas right down the line — not just with me but with the artists.” 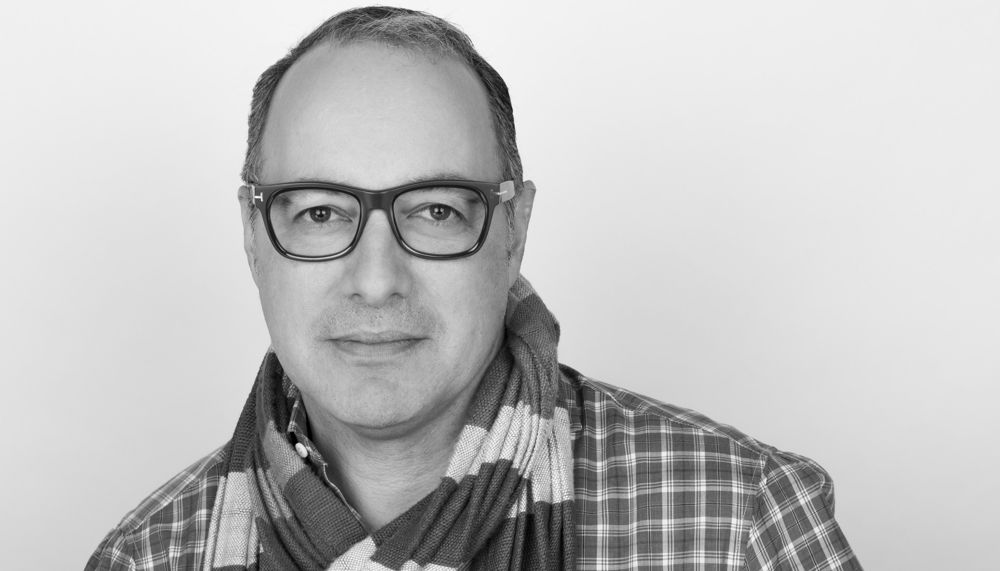 Mr. X, which was founded by Berardi, was the main vendor for the film’s 1,300 VFX shots, with additional support provided by South Africa-based BlackGinger. “We storyboarded every key sequence and did 2D animatics to get a sense of timing that included action music and dialogue; that went back and forth with Paul. In some cases the animatic was enough, but when we had some technical shooting we did full 3D previs and even some tech-vis.”

Capcom was heavily involved with the design process, especially for the creatures. “We wanted to be faithful to the designs so that the fans could buy into this as well,” remarks Berardi. “Capcom gave us models and they needed to be modified to make them more film ready and cinematic. We shot this on an ARRI ALEXA LF and wanted the CG to be rendered as if it was photographed with the large-format sensor camera.”

The 3D creature models could be rendered from any angle. “The creatures are in full daylight so you get a good look at them,” says the VFX supervisor. “Capcom would make notes right down to toenail details, which was great. We actually have shots where we see that kind of detail. It took a few months to go back and forth to get a design that Capcom approved which was essentially based on their design. Once the design process was approved, it was done. I have done a lot of creature movies where the design process continues to evolve almost to the end, which can be tough.”

A winged, dark-horned monster known as the Black Diablos was one of the most challenging creatures produced for the movie. “The Black Diablos was a challenge because he has these huge horns, and it was difficult to come up with a sense of how he would move and the weighting of the head,” notes Berardi. “The horns are so heavy that our sense was he would be front heavy but is balanced by a big heavy tail. We created a motion rig head because there is a scene when Artemis and Hunter (Tony Jaa) are on top of him.”

Another one of the film’s big monsters is Rathalos, an apex monster of the Ancient Forest which descends upon invaders and attacks them with its venomous claws and fiery breath. “The creature’s wingspan and how it flies were difficult for us to track because we had to keep the scale but also make it believable that he wouldn’t fall out of the sky if his wings didn’t move faster. We wanted it to be not derivative of a Game of Thrones dragon. We shot some lighting reference but most of the flame work was digital. It’s not a sustained flamethrower type of look. It’s more of a firebomb that explodes out of his mouth and lands with some force. We were always trying to put in scale references for these creatures and respected what a cinematographer would do to photograph them.”

Berardi notes that the 400-person-plus effects team played with everything on Rathalos, from the proportions of the snout to the distance between the eyes to the size of its eyes and brow. “We wanted to be able to perform intricate emotive expressions on the creatures as well, so we added all kinds of rigging controls,” he notes.

The creative team took some liberties with the Palicoes (cat-like combat companions) especially the Meowscular Chef. “In the game lore, the Palico cats act as guides to the players,” explains Berardi. “We pitched an idea back to Capcom that was loosely based on their design. Paul wanted him to be muscular, have an expressive photoreal face, a pirate look and be more grizzled. We played with hanging dreadlocks. It’s an upright cat character. This was the only time that we shot a stand-in; I did put an actor in a target suit. It gave Milla someone to play off of, gave us great lighting reference, and was good for composition. We ended up doing mostly keyframe animation.”

Shooting in real settings in South Africa such as the Valley of the Red Gods and the Atlantis dunes helped ground the overall action. “We did shoot a lot of this stuff in some cool locations, so in a lot of cases we have real photography — that was a big mandate from Paul,” remarks Berardi. “There was a significant amount of world building. The oasis and Sky Tower are essentially digital, while the Ships Graveyard was mostly built by the art department.”

All the locations and sets were LiDAR-scanned and photo surveyed. (LiDAR is a method for measuring distances by illuminating the target with laser light and measuring the reflection with a sensor.) “We were able to recreate the environment geometry in 3D and correctly put the creature on that ground plate,” explains Berardi. “We match-moved that camera so we could create a track of the camera in the environment. Once we had that, we could start animating. Then, we added elements like dust, debris and kick-up from the creature interacting with the environment. We did an environment survey of the lighting, and took the real-world lighting and applied them to our creatures.”

The weapons used in the movie’s fantastic world are just as enormous as the creatures. “One of the things that we had to figure out was the size of some of these swords,” notes Berardi. “In the video games they’re huge. We made them big and got some positive feedback from the fans. We made them really big. Some of the swords have a hot iron look. You can level those up in the video game and when it’s charged there is a magical component to it. We scaled Hunter’s sword to be a real-world size so our actor Tony Jaa could run around and perform with it.”

Berardi says the biggest challenge for him and his effects team was representing the monsters faithfully while being cinematic. “The environment work, set extensions and effects simulations are things that we’ve done before,” he points out. “But we haven’t run this many creatures into one movie with fans who are religious about them. I want to stress that it was a great collaboration with Paul and Capcom. We worked very hard to bring cinematic versions of these monsters to the big screen. I’m proud of it.”

Anima Shifts to Fully Online 40th Edition
Netflix Boots Up Sony’s ‘The Mitchells vs. The Machines’ for Global Release