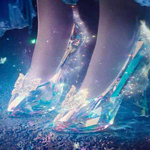 The break-out success of last year’s Maleficent was merely the prow of Walt Disney Pictures’ latest feature film juggernaut: live-action takes on the studio’s animated fairy tale classics. On March 13, family audiences turned out to theaters to give the new Cinderella a No. 1 opening, and were treated to a colorful update filled with visual-effects enchantments.

Directed by Kenneth Branagh, the film stars Lily James as gentle-hearted orphan Ella, who is tormented by her cruel stepmother (Cate Blanchett) and stepsisters. Things get critical when she meets the handsome Kit (Game of Thrones’ Richard Madden) and hopes to see him at the royal ball. With the help of an ingenious Fairy Godmother (Helena Bonham-Carter) and some plucky critters, Ella gets a once-in-a-lifetime chance to make her dreams come true.

On board from the beginning was the crew at MPC Film’s Montreal studio, which coordinated with the production team from previz through shooting in London to postproduction. “Kenneth Branagh was adamant that we kept a nice, classic look and feel, so that was always something we were aiming for — this idea of a saturated, colorful landscape, a romanticized version of England,” says MPC visual effects supervisor Patrick Ledda. “At the same time, we were a little bit inspired by the original cartoon and a lot of Disney films, but we wanted to have our own stamp on it as well.“

A good chunk of Cinderella’s 500-plus VFX shots involve the heroine’s pint-sized CG animal pals. Digital butterflies, birds and a majestic stag all make appearances, but the key critters are those recruited for Ella’s ball entourage: skittering lizards, a quartet of mice and a busybody goose. MPC relied on proprietary tools built on top of Maya to lend personality to these realistic characters.

The mice — the cartoon’s portly Gus Gus and his family — especially required some finesse, according to Ledda. They needed to strike a balance between a photorealistic appearance, while at the same time being anthropomorphic and expressive enough to believably interact with Ella in dozens of shots. The crew pored over hundreds of reference materials, and even brought real rodents to the set at Pinewood Studios to gauge lighting interactions.

The film’s scene stealer is definitely “Mr. Goose,” a white gander who pops up in many scenes for a brief comedic cameo.

“Mr. Goose became more and more of a character, it was always kind of a joke that the movie was about him,” Ledda says. “The artists and animators here had fun with it. … With a goose, it already has kind of funny movements and gait, and you can play with it, how it moves its neck and wobbles without having any facial expression.”

The hands-down most complex work, both technically and creatively, was developing and animating the various creature (and pumpkin) transformations when the Fairy Godmother gets Ella ready for the ball.

“We wanted to keep it funny and exciting. Sometimes with these transformations they can look a little creepy, and we were very aware of this issue,” says Ledda. “The hardest was the mice turning into horses. We did hundreds of tests, took months and months developing ideas. … We had to do lots of revision. Kenneth wanted to do something quick and snappy, and liked the idea that the mice were excited about becoming big white horses and helping Cinderella.”

The transformations offered plenty of creative comedy moments — from beautiful white horses sporting oversize mouse ears to a temporarily goose-beaked carriage driver. The lizard morphs into a respectable footman by first sprouting a hat and shoes before his scaly skin ripples and folds into fabric as he grows and takes on a human form. Crucial in all these mutations was a specially developed fur system that gave the animators tons of control over the sequences and used a three-rig progression to calculate what kind of hair or fur should appear on the changing model.

How to turn a pumpkin into a sumptuous, giant Faberge egg of a carriage also challenged the MPC team’s creative limits. Ledda points out they went through multiple iterations of the sequence, which in the finished film has the pumpkin growing out of control until it bursts the entire greenhouse in a blast of magic. “Kenneth said, ‘It has to be something a kid watches and remembers the rest of their life.’ And I was like, OK, no pressure then!”

In addition to the proprietary fur system, MPC also had to come up with tools that would help handle the load of generating tons of lush trees and greenery for the outdoor scenes, took its first stab at using ray-tracing on hair and used in-house solutions built on top of Maya, Katana and Nuke for animation, lighting and rendering.