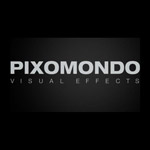 The new studio, formed through the acquisition of boutique VFX company, With A Twist, now dubbed Pixomondo DTW, will focus on feature film, television and commercial work, handling both local and international projects.

“Talent is a key factor when we consider new facility locations,” said Thilo Kuther, founder of Pixomondo. “We have collaborated closely with With A Twist for many years on a number of high profile projects so are very familiar with their impressive work. We now can officially welcome them to the Pixomondo family and look forward to having a solid presence in Detroit.”

With A Twist has a long-standing relationship with Pixomondo, as a sub-vendor on several feature film projects including The Amazing Spider-Man, Fast Five, Sucker Punch and Hugo, for which Pixomondo supervisors won the Academy Award for Best Visual Effects. The updated Detroit facility is expected to be operational later this month, and will be fully integrated into Pixomondo’s global workflow.

“We were fortunate to have been so successful thus far and had reached the point where we needed to grow to remain competitive,” said David Burton, co-founder of With A Twist. “Pixomondo has already accomplished much of what we aspired to do, and done it well, so it was a natural progression to join into their team. Our cultures mesh well and the timing was right.”

“The VFX industry is such a worldwide marketplace, it is a tremendous asset to have access to global resources,” added Pam Hammarlund, co-founder of With A Twist. “Pixomondo has an excellent business model and I love how, even though the company is large, everyone takes ownership of their jobs, they are unsatisfied with mediocrity, and they really support one another so things never feel too overwhelming.”

With extensive experience in the automotive industry creating visual effects for such companies as Audi, VW and MINI, Pixomondo is aptly suited for work in the Motor City. The Detroit location will enable the company to service clients locally while simultaneously working on other diverse projects for its other twelve studios around the globe.