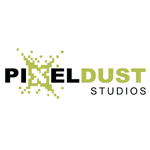 The company recently relocated and expanded its main facility in Bethesda, Md., to a new, larger space.

Bethesda, MD, and NYC, January 4, 2011– Pixeldust Studios, a multi-award winning digital animation and broadcast design studio, continues its company expansion with the addition of studio space in New York City. Today’s news follows on the heels of the company’s recent relocation and expansion of its Bethesda, MD, headquarters.

The Pixeldust office in Manhattan consists of a large office space in the heart of SoHo. In addition to Jernigan, the office, which includes five digital artists and producers, has the capacity to expand personnel, based on individual project requirements. Pixeldust’s New York operation is located at 584 Broadway, Suite # 612, NY, NY 10012, and the phone is 646/476-2053

Ricardo Andrade, President and Creative Director, Pixeldust Studios, said, “We think that the New York market is always looking for fresh and innovative ideas. NYC has great potential for Pixeldust. Having a studio here allows us to better serve our current Manhattan-based clients, both locally and through the seamless workflow between the Big Apple and our operations inBethesda. The New York office also affords us the opportunity to grow our current client base in television, commercials and feature films. I am especially pleased to have Nick Jernigan on staff. He is a gifted Visual Effects Supervisor, and well-suited to lead the efforts of our company here.”

A native of Maryland, Pixeldust Studios’ Visual Effects Supervisor Nick Jernigan attended American University in Washington, DC, where he majored in Visual Media with a concentration in Film through the School of Communications (SOC).

Jernigan was employed by National Geographic Television for four years, working his way up to the position of Senior Visual Effects Artist. While there, he was nominated for four Emmy Awards for his work on behalf of National Geographic Television, and, in 2005, he won an Emmy Award for “Outstanding Individual Achievement in a Craft: Graphic and Artistic Design” for the TV program “Predators at War.

Pixeldust Studios is an Emmy and Telly Award winning digital animation and broadcast design studio with the technical, creative and production capabilities to create innovative animations and motion graphic design for major broadcast and cable television clients. The company, which has delivered hundreds of hours of broadcast animation to its clients, specializes in combining proprietary techniques with world-class creative talent to develop character animation, visual effects, motion graphics, and digitally animated sequences seen within television series, specials, mini-series, documentaries, docu-dramas, and reality programming, as well as within on-air promotional campaigns.