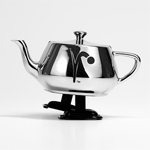 Pixar is lopping 40 percent off the price of an individual license for its RenderMan Pro Server software.

The software, which has set an industry standard for rendering realistic images in animation and visual effects, also will have additional discounts available for purchasers of multiple licenses.

Full details on this major price restructuring follow in the PR:

“RenderMan Pro Server’s new price adapts to the ever increasing scale of rendering requirements and is the largest adjustment in many years” said Chris Ford, RenderMan Business Director at Pixar Animation Studios, “RenderMan’s quality is now even more accessible to anyone aspiring to create the highest levels of cinematic imagery, and we look forward to seeing what our customers will produce next.”

RenderMan Pro Server is now available from Pixar at the new price of $2,000 per license, with additional discounts available for volume purchases. Maintenance for each RenderMan Pro Server license is $600 per license. Pixar’s annual maintenance program benefits customers with access to ongoing support and free upgrades. RenderMan Studio 3.0 and RenderMan for Maya 4.0 are available at their existing pricing. For more information please visit www.pixar.com or contact rendermansales@pixar.com.

Pixar Animation Studios, a wholly owned subsidiary of The Walt Disney Company, is an Academy Award®-winning film studio with world-renowned technical, creative and production capabilities in the art of computer animation. Creator of some of the most successful and beloved animated films of all time, including Toy Story, Finding Nemo, The Incredibles, Cars, Ratatouille, WALL•E, Up and most recently, Toy Story 3. The Northern California studio has won 24 Academy Awards® and its eleven films have grossed more than $6.5 billion at the worldwide box office to date. The next film release from Disney•Pixar is Cars 2 (June 24, 2011).