Last month, the Academy of Motion Picture Arts and Sciences selected 10 titles to move forward in the visual effects category for the 90th Academy Awards. These films will participated in the annual “bake-off” this weekend, during which the vfx branch screened all the competing films to determine the nominees. It’s interesting to see less splashy offerings such as Dunkirk and Okja being recognized instead of more predictable fare such as Beauty and the Beast, Pirates of the Caribbean, Wonder Woman and Thor Ragnarok. Nominations for the 90th Oscars will be announced on Jan. 23. The ceremony will be held on March 4 at the Dolby Theatre in Hollywood, and will be televised live on ABC. Here’s a quick breakdown of the big Bake-Off 10 listed in alphabetical order: 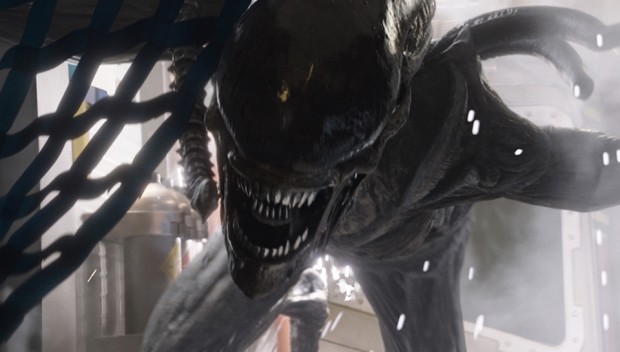 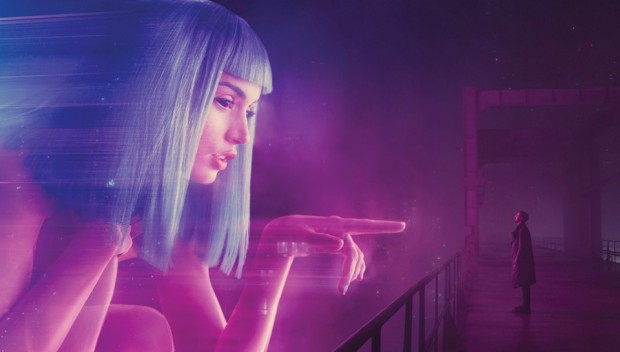 Blade Runner 2049
Studio: Warner Bros.
VFX Houses: Double Negative, MPC, Framestore, Atomic Fiction, Territory Studio, BUF, Rodeo FX, UPP, Weta Workshop
VFX Supervisors: Richard Clegg, Paul Lambert, Viktor Muller, John Nelson
Highlights: Following up the original sci-fi classic’s trail-blazing effects from 1982 was no easy task, but John Nelson and his team did a terrific job of recreating the brave, new world of Ryan Gosling’s officer character, who is in charge of retiring Replicants. Among the dystopian highlights of the movie were the Brutalist architecture of the future cities, the new holographic characters, and an eye-popping, digital reproduction of Rachael, Sean Young’s original robotic character who is forever young, thanks to the seamless vfx work. As Nelson points out, “Instead of throwing a billion things at the viewer, why don’t we throw a hundred things, but have them be really, really good?” 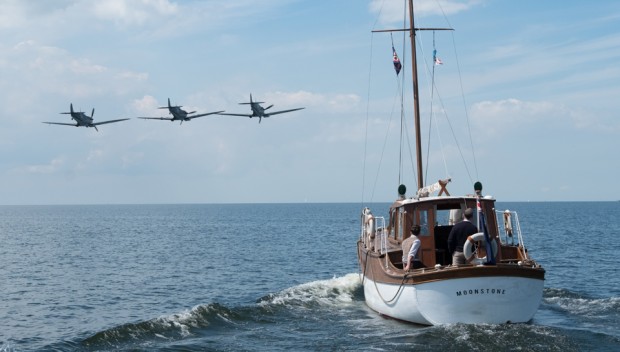 Dunkirk
Studio: Warner Bros.
VFX House: Double Negative
VFX Supervisors: Andrew Jackson, Andrew Lockley, Tim McGovern, Paul Corbould
Highlights: Christopher Nolan’s epic WWII movie received high marks for its “you’re-there” realism, and relied mostly on optical effects to recount the evacuation of the 330,000 Allied soldiers from the beaches of Northern France. Using IMAX and 70mm 5-perf film stock, the film utilized previs for the aerial dogfights. As supervisor Andrew Jackson explained, “We might have one or two real planes in the shot already, do a camera track of the real plane, and animate CG planes into that scene until we were happy with the action.” The filmmakers also used CG for crowd extensions, environmental cleanup for the water (the ocean-based shots were filmed in Holland in the Zuiderzee inland sea), adding horizon lines and smoke effects, and making adjustments to sand dunes. 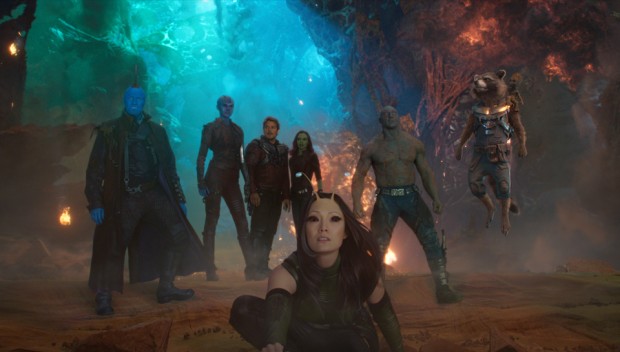 Guardians of the Galaxy Vol. 2
Studio: Disney
VFX Houses: Framestore, Weta Digital, Animal Logic, Deluxe Method Studios, Scanline VFX, Trixter, Lola VFX, Cantina Creative, Luma Pictures, The Third Floor
VFX Supervisors: Christopher Townsend, Jelmer Boskma, Paul Butterworth, Alessandro Cioffi, Vincent Cirelli, Trent Claus, Adrian Corsei, Matthew Crnich, Jonathan Fawkner, Venti Hristova, Guy Williams
Highlights: How can we forget the adorable Baby Groot as we look back at the visual highlights of 2017? Of course, there was a lot more to love in this perfect summer escapist thrill ride: Creature work, dazzling spaceships, “the best opening sequence in the world” (as dictated in the script), an eight-tentacled, semi-translucent creature known as the Abilisk, the golden Sovereign world and the ruthless priestess Ayesha were all part of the package. “The title sequence was an enormous undertaking: one of the most complex I’ve ever experienced in my career,” says Framestore animation supe Arslan Elver. “The entire set was reflective and the camera doesn’t cut, meaning the team was faced with 800 frame-long effects and the need to run simulations that were thousands of frames long!” 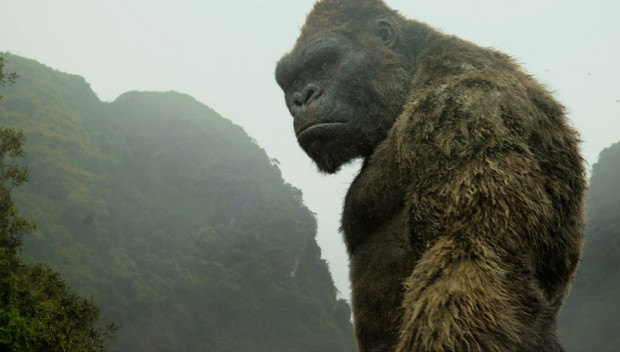 Kong: Skull Island
Studio: Warner Bros.
VFX Houses: ILM, Hybride Technologies, Rodeo FX
VFX Supervisors: Jeff White, Stephen Rosenbaum, Scott Benza
Highlights: For this state-of-the-art incarnation of the cinematic beast, the team at ILM built on its recent hairy mammal expertise (Warcraft, The Revenant) and delivered even more emotional facial work for Kong. According to vfx supervisor Jeff White, one of the biggest challenges was the scale: It takes much more hair to cover a character that large: “We estimated about 19 million hairs covered Kong’s body,” he says. “Also, we couldn’t get away with the hair being long and simple because then we’d lose some of the scale cues … We developed new technology that allowed us to put leaves and sticks and caked-on mud in his hair and we had a swarm of flies around him.” The film also features lots of water simulation and a variety of magnificent digital creatures that inhabit the island, along with Kong. 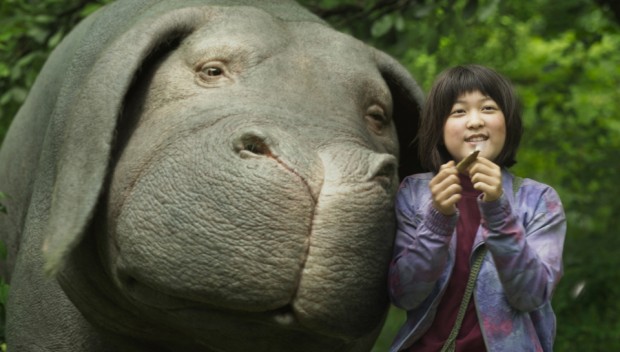 Okja
Studio: Netflix
VFX Houses: Deluxe’s Method Studios, 4th Creative Party
VFX Supervisor: Erik-Jan De Boer, Jun Hyoung Kim, Jeon Hyoung Lee
Highlights: Highlights: The team at Method Studios created the life-like giant pig star of the movie, which is roughly 12 feet long, eight feet tall and weighs about 12,000 lbs. Oscar-winner Erik-Jan de Boer (Life of Pi) refined the look of the creature and developed a highly detailed asset that would seamlessly integrate with practical footage. “We aimed to make Okja a realistic presence on set and focused on making the young actress playing Mija comfortable even though her primary co-star is an inanimate foam shape,” says de Boer. “We had intricate shots with upwards of five people touching Okja at once, shots where Okja is in frame for a full minute, and many shots with Mija hugging Okja, allowing time to scrutinize every contact point and shadow. This required lots of roto, paint, rotomation and animation with an incredibly high fidelity.” 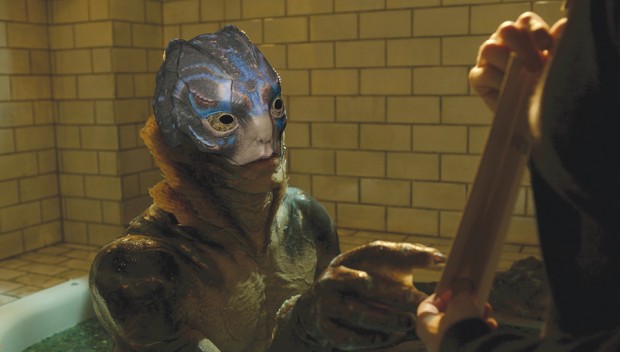 The Shape of Water
Studio: Fox Searchlight
VFX Houses: Mr. X
VFX Supervisor: Dennis Berardi
Highlights: Berardi and his team worked on over 60 minutes of the film (either digital enhancement or full digital creation). “I’m most proud of the opening sequence, where we start with an underwater seabed, which was entirely digitally created by Mr. X and move up into a set piece (Eliza’s apartment), which we shot dry, using smoke and projectors. We floated furniture, some of it was practically hung on monofilament, and some were digitally animated.” The vfx artists also did a terrific job mixing the footage of actor Doug Jones in creature costume with keyframe animation to deliver the bioluminescent glow. The creative team looked to nature and sea creatures that generate their own light, like cuttlefish, to come up with the memorable glow of the creature from the Amazon. 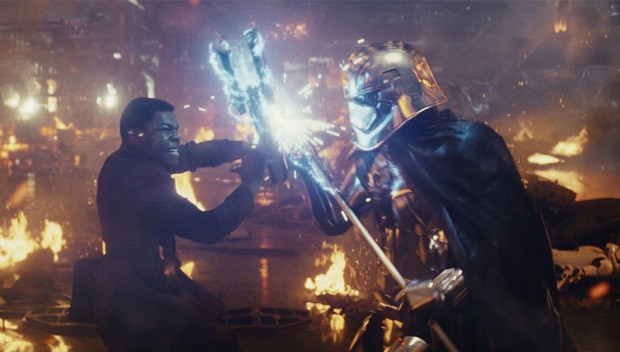 Star Wars: The Last Jedi
Studio: Disney
VFX Houses: ILM, Hybride, Important Looking Pirates, Jellyfish, One of Us, Rodeo FX, Blind Ltd.
VFX Supervisors: Richard Bain, Ben Morris, Michael Mulholland, Chris Corbould
Highlights: To put things into perspective, all three movies in the original Star Wars trilogy won Oscars for their vfx achievements. The first two of the prequels were also nominated (Revenge of the Sith was ignored). The Force Awakens and Rogue One also received Oscar noms, so the odds are pretty strong for The Last Jedi as well. There are plenty of breath-taking visuals to celebrate in Rian Johnson’s deeply satisfying opus, who takes the franchise to unexpected heights, from clearly choreographed action sequences and lightsaber fights to the puffin-inspired Porgs, the remarkable sea birds that kept Luke company on the planet Ahch-To. 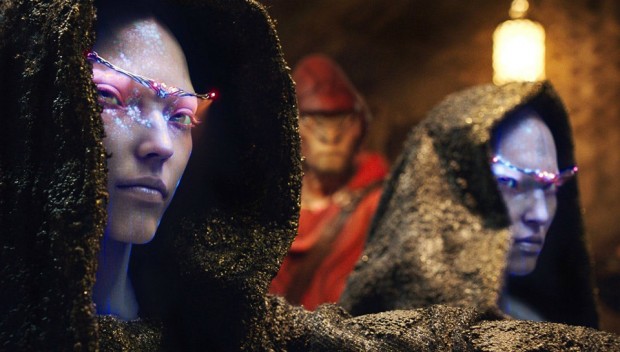 Valerian and the City of a Thousand Planets

Valerian and the City of a Thousand Planets
Studio: STX Entertainment
VFX Houses: Weta Digital, ILM, Rodeo FX
VFX Supervisor: Scott Stokdyk, Martin Hill
Highlights: Stokdyk, who won the vfx Oscar for his work on Spider-Man 2 12 year ago, has the challenging task of working with a huge amount of concept work from artists all over the world. Set in the 28th century, Luc Besson’s movie is based on a popular French comic-book series and features a host of amazing alien backdrops and creatures. Human actors interacted with alien characters using mo-cap suits, then a pass with only human characters was record, and all had to be put together smoothly in post. Another highlight was a shapeshifting alien named Bubble, played by Rihanna. “A lot of it was a leap of faith, knowing that Weta could replace an arm, leg or even a face if needed,” says Stokdyk. “The technology gives us freedom to make something interesting.” 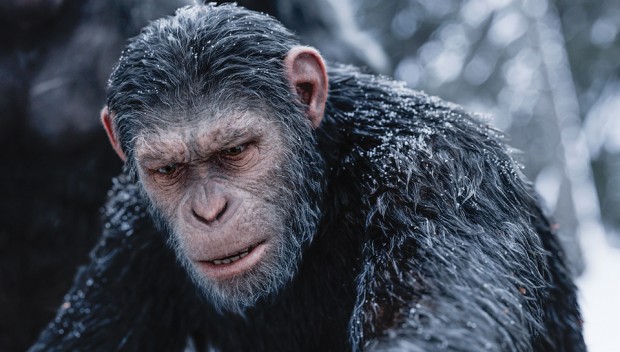 War for the Planet of the Apes
Studio: Fox
VFX House: Weta Digital
VFX Supervisors: Joe Letteri, Dan Lemmon
Highlights: This year’s acclaimed chapter of the sci-fi epic found Andy Serkis’ Caesar out on a revenge mission that takes him through extreme snow and other conditions that would have been impossible to visualize a few years ago. As Joe Letteri told Deadline, “War takes us on this epic journey into really harsh conditions, where we were capturing in the snow, and in the rain, and really difficult location work … But it showed that you can take this technology and evolve it, and directors and actors can use it to create a scene anywhere.” The characters’ nuanced performances, the realistic interaction of digital fur with snow, a beautiful sequence featuring Apes riding horses, and some stunning close-up work (made possible by Weta’s Manuka renderer) are among the film’s many vfx highlights.