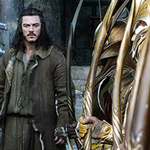 The short list of visual effects films that will head to the annual bake-off won’t be known until early in December, but the race is still a hot one that’s proving more even without a hugely dominant film like Gravity was last year. 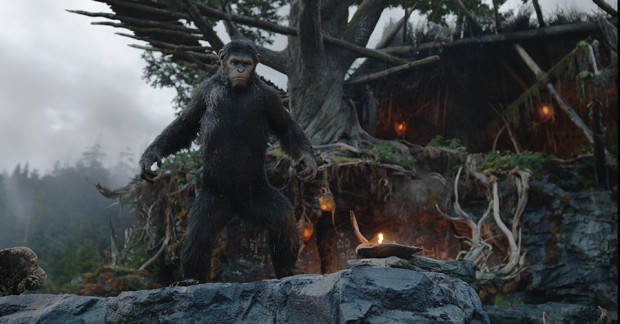 Dawn of the Planet of the Apes
Director: Matt Reeves
VFX Supervisor: Joe Letteri, senior VFX supervisor; Dan Lemmon, VFX supervisor
Effects Houses: Weta Digital.
Release Date: July 11
Box Office: $500m ($208m)
The Outlook: A near lock for a nomination, due to the amazing job Weta did in creating Caesar from Andy Serkis’ performance using the latest in motion capture techniques. That wasn’t enough in 2011, when the first film in this series lost out to Hugo, but with two films in contention the odds favor Letteri and Weta. 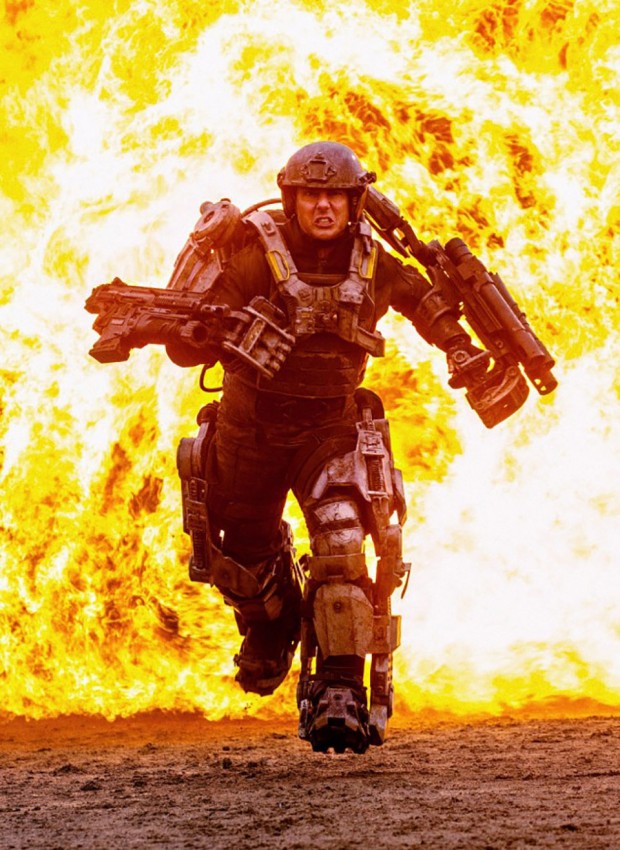 Edge of Tomorrow
Director: Doug Liman
VFX Supervisor: Nick Davis
Effects Houses: Sony Pictures Imageworks, Framestore, MPC U.K. & Vancouver, Cinesite, Rodeo FX, Nvizible.
Release Date: June 6
Box Office: $369m ($100m)
The Outlook: The sci-fi world of this movie is slick and believable — with the added benefit of seeing Tom Cruise’s character die over and over again. The film was a huge hit overseas but did only so-so in the United States, which indicates the enthusiasm for this film is far from universal.

Godzilla
Director: Gareth Edwards
VFX Supervisor: Jim Rygiel
Effects Houses: MPC, Double Negative, Pixel Pirates, Scanline VFX Vancouver/Los Angeles, Hammerhead Prods., Pixel Playground.
Release Date:May 16
Box Office: $525m ($201m)
The Outlook: By far the best update from the original idea of the actor in a rubber suit stomping on a model town, the effects were put to excellent use in telling a story that finally connected the way fans always knew Godzilla could. The effects work, however, doesn’t rise to the level of innovation the academy prefers to see — and it’s even less likely that they’d honor Godzilla over the more artistic winners they’ve picked in recent years. 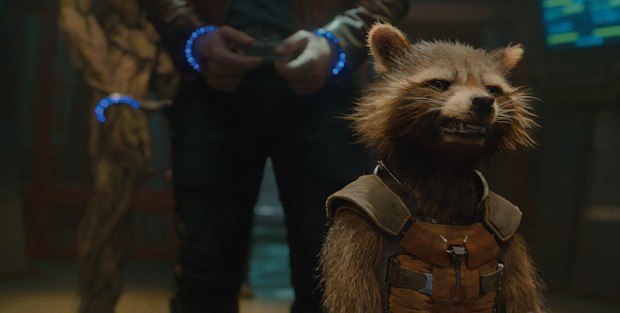 The Hobbit: Battle of the Five Armies

The Hobbit: Battle of the Five Armies
Director: Peter Jackson
VFX Supervisor: Joe Letteri
Effects Houses: Weta Digital.
Release Date: Dec. 17
The Outlook: The third time was the charm for Jackson’s The Lord of the Rings trilogy when it came to awards; the same could happen here if the movie delivers spectacle on a comparable scale. The previous two entries were nominated and this one likely will be too, but with The Hobbit generating less enthusiasm than LOTR, that will have to be enough. 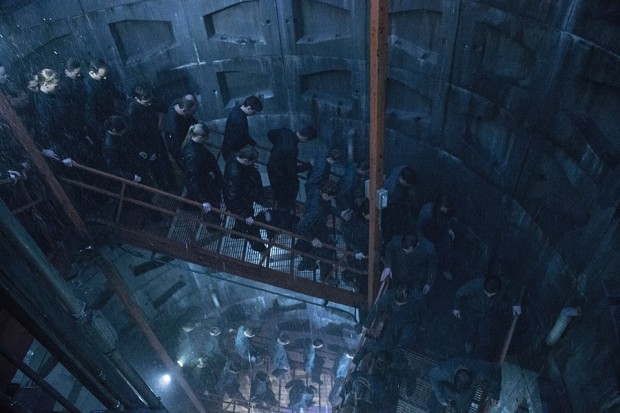 Into The Woods
Director: Rob Marshall
VFX Supervisor: Matt Johnson
Effects Houses: MPC
Release Date: Dec. 25
The Outlook: Has the potential to outdo Maleficent in the dark fairy-tale mode and the studio is giving it a big awards push. Johnson previously won this category in working on The Golden Compass, so anything is possible — just unknowable until the movie is finished and seen. 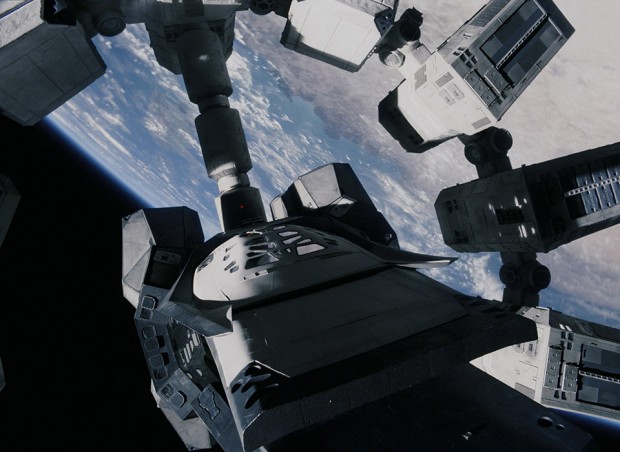 Interstellar
Director: Christopher Nolan
VFX Supervisor: Paul Franklin
Effects Houses: Double Negative, New Deal Studio.
Release Date: Nov. 7
Box Office: $453m ($122m)*
The Outlook: Things look extremely good for Interstellar for a number of reasons. Not only did Nolan’s last non-Batman film, Inception, win this category, but Interstellar’s fidelity to science and the creative ambition of the film are exactly the type of movie the Academy has been giving out the statue to the past few years. 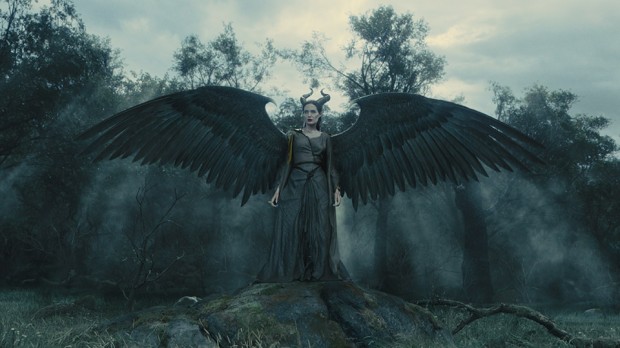 Maleficent
Director: Robert Stromberg
VFX Supervisor: Carey Villegas
Effects Houses: MPC, Digital Domain, The Senate, Method Vancouver
Release Date: May 30
Box Office: $757m ($241m)
The Outlook: If there’s a dark horse in the race, it’s Maleficent. Popular, visually ambitious and not a sequel (for the most part), the variety of effects work could push Maleficent toward the top of the list. 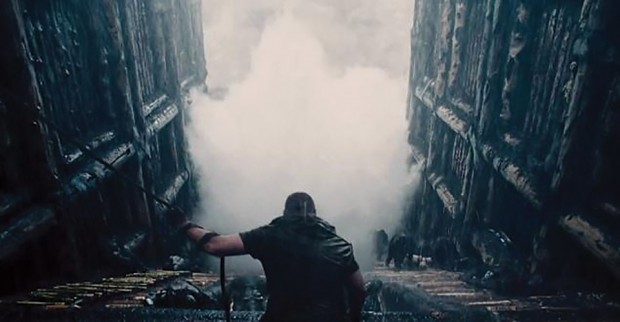 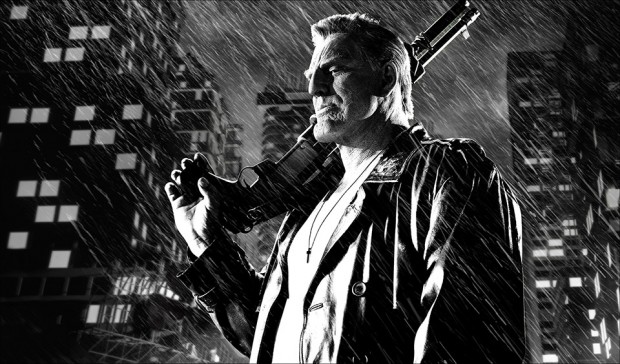 Sin City: A Dame to Kill For
Director: Robert Rodriguez and Frank Miller
VFX Supervisor: Stefen Fangmeier
Effects Houses: Prime Focus.
Release Date: Aug. 22
Box Office: $39m ($14m)
The Outlook: While the original Sin City wowed and impressed when it was released in 2005, the long-delayed sequel elicited mostly yawns. Frank Miller’s artwork remains striking on the page, but with nothing new to add almost a decade later, this is as sure a loser as you can get.

Teenage Mutant Ninja Turtles
Director: Jonathan Liebesman
VFX Supervisor: Pablo Helman
Effects Houses: ILM, Image Engine, Base FX, Tippett, Virtuos, Hybride VFX, Atomic Fiction, Shade VFX, Lola VFX.
Release Date: Aug. 8
Box Office: $477m ($191m)
The Outlook: Another dark horse, Turtles features a lot of innovative tech under the hood that might move the Academy’s needle closer to a nomination than it otherwise would. That plus a solid box-office performance gives Turtles more than a chance at a nomination, but not too much more given the Academy’s preference for more artistic fare. 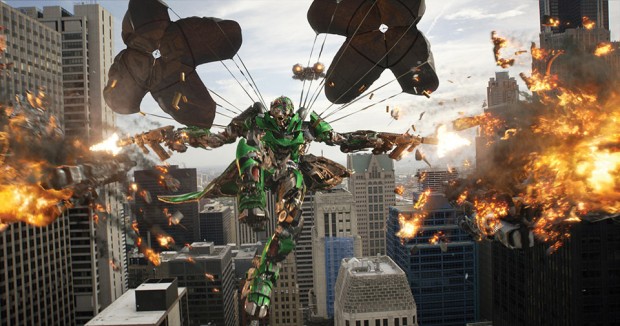 Transformers: Age of Extinction
Director: Michael Bay
VFX Supervisor: Scott Farrar
Effects Houses: ILM, Method
Release Date: June 27
Box Office: $1.09b ($245m)
The Outlook: The effects on the Transformers films — this is the fourth — have got progressively better, in large part because ILM had continuity in working on them all. The sheer impressiveness and complexity of the effects, however, may be enough to win the franchise its third nomination in this category despite it being a sequel.

X-Men: Days of Future Past
Director: Bryan Singer
VFX Supervisors: Anders Langlands, Lou Pecora, Derek Spears, Holger Voss
Effects Houses: MPC, Cinesite, Rising Sun Pictures, Mokko Studio, Hydraulx, Method Studios, Animal Logic VFX, Legacy Effects, Digital Domain, Rhythm & Hues.
Release Date: May 23
Box Office: $746m ($233m)
The Outlook: Despite their popularity, none of the X-Men films to date have been nominated for an effects Oscar. Like most X-Men tales, this one is stuffed to the gills with neat tricks and cool concepts — but like a gourmet at a huge buffet, the overall impression is one of white noise that is unlikely to earn a nomination.

* Still in release at press time

All box office figures courtesy of Box Office Mojo and current as of Nov. 25, 2014.