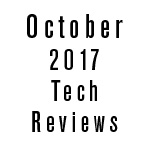 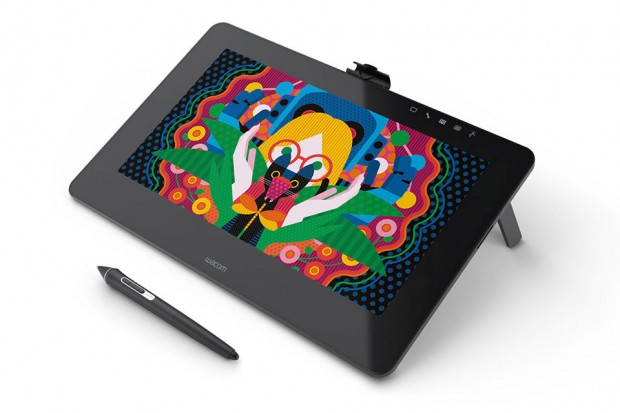 It’s no secret that I’m a fan of Wacom, and the Cintiq Pro 13 released earlier this year doesn’t change my love. That’s why this review is going to be a bit rosy.

Of course, I’ll give you the raw facts, too: For anyone working in the digital realm, especially painting and sculpting, tablets are essential, and the Cintiq really is the staple. When you don’t have the desk space or the budget for the full-sized tablet, the 16- and the 13-inch versions may be the way to go. You might be fine with a standard tablet using your monitor as your “paper,” but there is a disconnect that happens separating the experience from the analog version of drawing and seeing the result under the tip of the pencil.

The Cintiq Pro 13 takes design hints from its big brother. The front surface is smooth and featureless with no buttons to catch on while you are drawing. The five LED-illuminated touch utility buttons are within the top of the bezel, granting easy access to key features while staying out of the way so you don’t accidentally activate windows while you work.

It’s incredibly thin, but it feels solid. Along the slender edge are three USB-C ports for display, audio and power, as well as a headphone jack and an SD card reader. A slot in the top edge fits a holder for your Wacom Pro Pen. The backside has a couple pop-out legs that provide a 20-degree working angle while on your desk.

The display is crisp, like a retina display, and I don’t really think one needs more than the 1920 x 1080 resolution on the small screen. The color is accurate, but it “only” reaches 87 percent of Adobe RGB Spectrum, so don’t attempt to do color-sensitive tasks like grading with Resolve or something. But you shouldn’t be doing that on a 13” monitor anyway.

If I had a gripe, it would be that the tablet technology is outrunning my workstation. I don’t have USB-C ports, but Wacom does provide a converter from USB-C to Mini DisplayPort, but I don’t have Mini DisplayPorts. However, you can use a standard DP to MiniDP converter.  Fortunately, I was reviewing the latest HP ZBooks that do have USB-C.  Another minor gripe would be that you don’t have the extra control buttons normally found on the Intuos—and I use these ExpressKeys all the time. The larger Cintiq Pro has a bluetooth handheld controller, which isn’t bundled with the 13. And you can order the ExpressKey Remote for an additional cost. Did I mention that I love these tablets? 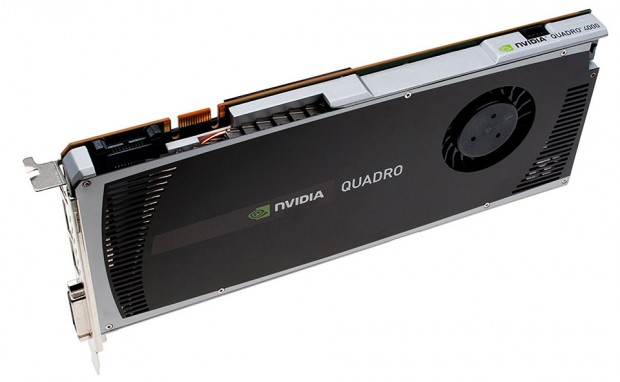 NVIDIA released a new batch of Quadro cards last fall (yes, I’m late in the game), resting on the Pascal GPU architecture. The series ranges from the low-end entry level P400 to the screaming behemoth GP100.  I was able to test drive the P4000, which sits on the high end of the mid-level cards.

The first thing I noticed is how incredibly small the card is, given its power—especially in comparison to the 5200 I pulled out of my workstation.  It has a comparably short PCB and a broad cooling system. But the card is powerful despite the size, so it still draws 105W, requiring the PCI Express power connector to feed the 1792 CUDA Cores and 5.3 TFLOPS of single-precision computing.

The P4000 comes in 5GB and 8GB RAM flavors. Mine is the 8GB kind, which is great —make that essential—for GPU RAM-hungry software like Foundry’s Mari and Allegorithmic’s Substance Painter, and additionally compositing software like Nuke and After Effects are throwing more and more processes to the GPU.  The more RAM, the better. I would consider 8GB the floor rather than the ceiling if you are doing this kind of work.

There are four 1.4 certified DisplayPorts on the back that can drive 4K displays at 120Hz, 5K displays at 60Hz, and 8K (?!) at 60Hz. The simultaneous multi-stream displays are great for multi-monitor use, but with VR needs growing exponentially, we need that throughput. The top of the card sports SLI connectors for tying multiple cards together for even more GPU power, stereo ports for 3D displays, and Quadro Sync ports for syncing multiple monitors to display one huge image at ultra-high resolutions on arrays of monitors—not that you’ll have something like that in your office.

The only thing missing is USB-C ports for your Wacom tablet!

All in all, this release is a super strong mid-level card for most of your GPU needs, without a huge price tag that comes with the higher-end cards. I see this as the entry level card you should go for if you are getting into higher-level modeling and texture painting. As I said before, those kinds of programs are extremely hungry for RAM, and the last thing you want is lag when you are trying to paint. 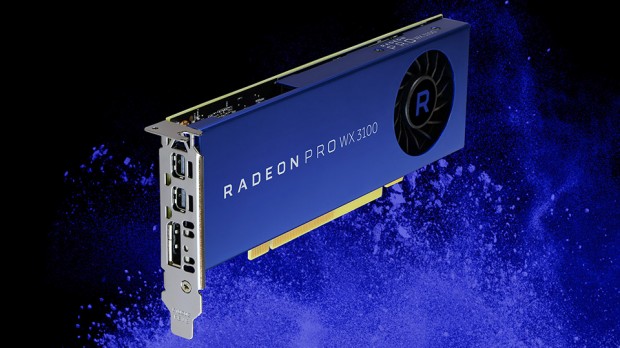 Earlier this summer, Radeon released the WX 2100 and WX 3100: two new entry-level graphics cards for your GPU needs. I’m looking at the WX 3100 with 4GB of RAM, and a peak 1.25 TFLOP single-precision compute.

The WX 3100 is even smaller than the NVIDIA P4000 I was reviewing.  In fact, it’s so small that I am beginning to wonder how we can fit all this technology into such a tiny package. Probably, the 14nm Polaris GPU architecture has something to do with that. It boasts eight 512 streams, processors, and specs have it performing 2.3 times better than its predecessors. The benchmarks against its closest NVIDIA competitor, the P600, have it at 28 percent faster. I’ll take their word for it, but I didn’t have a P600 to compare myself, and putting the WX 3100 against the P4000 is hardly a fair assessment.

But back to real numbers: The WX 3100 is extremely conservative with its power draw of 50W, along with a power management system to balance out the power load and reduce consumption when it’s idle. Also, the backside has one full and two mini 1.4 DisplayPorts (so I can directly plug in my Wacom Cintiq Pro, yay!), which can drive three 4K monitors at 60Hz—or one 5K at 30Hz.

The performance is snappy and responsive. The card is certified for SOLIDWORKS, PTC Creo, Siemens NX and CATIA, but I don’t have those to test with, so instead I went with Maya, 3ds Max, Modo, ZBrush, Mari and Substance Painter. Modeling programs stayed quick, especially with your straight-forward modeling tasks. ZBrush can get out of hand quickly, but even at millions and millions of polys, I was still getting things done. Mari and Substance bogged down much more quickly because of their dependence on GPU power and the RAM capacity.  But even so, the card took a lot of abuse before slowing.

The biggest thing the WX 3100 has going for it is the price-performance ratio. At $199, the card has a ton of power and is more readily accessible than higher-end cards—especially for artists just getting in the game. I wish it were possible to increase the RAM, but to stay inexpensive, small and energy efficient, I think the WX 3100 may be capped. Overall, it’s a great entry-level card.