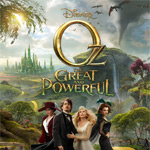 We pull back the curtain a tad bit to learn about a few of the vfx secrets of Disney’s blockbuster prequel Oz the Great and Powerful.

Frank L. Baum, the prolific author of the original Wizard of Oz book series, believed that mankind was able to progress from the ignorance of the Dark Ages to its present state of civilization thanks to our gift of imagination. That’s why he would have definitely appreciated the creative artistry of the visual effects team at Sony Pictures Imageworks, which contributed more than 1,100 shots to Sam Raimi’s popular prequel Oz the Great and Powerful.

The film, which had the third biggest opening of a movie in March to date, introduces filmgoers to traveling magician Oscar “Oz” Diggs (James Franco), who lands in the wonderful world of Oz in a balloon. It’s in this colorful place where he meets some familiar characters (Glynda the Good Witch, the Wicked Witch of the West, etc.) and some new friends; a living China porcelain doll and a friendly winged monkey named Finley (voiced by Zach Braff). Not only did Imageworks vfx supervisor Scott Stokdyk have to contend with the public’s expectations from the 1939 classic, they also had to create many new digital characters and polish Oz for a stereoscopic 3-D inspection from today’s jaded audiences. 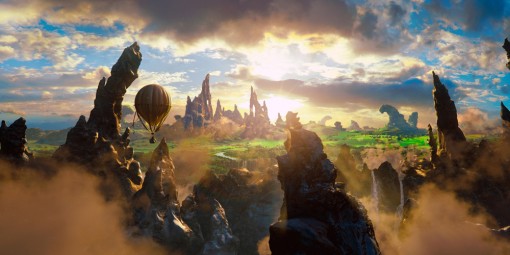 Having grown up in Kansas himself, Stokdyk says he always felt very connected to The Wizard of Oz and the world it came from. He, along with Sam Raimi and production designer Robert Stromberg, wanted the film to have a classic Hollywood feel—all shot on stage, heavily art-directed with controlled sets and lighting. That’s why a lot of the production was shot at the Michigan Motion Picture Studios in Pontiac, Mich.

“That specific aesthetic also carried into the visual effects work and post as well,” says Stokdyk, who also worked with Raimi on Spider-Man and Spider-Man 2, for which he won an Oscar in 2005.

As part of his research, the dedicated supe read all the original Oz books penned by Baum. 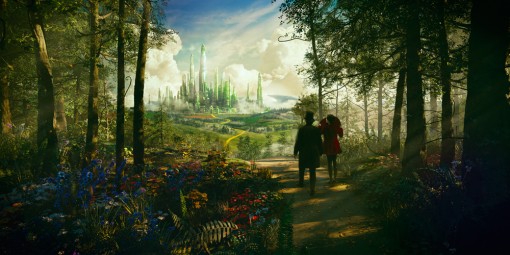 Among the new film’s many visual highlights is the creation of a tiny porcelain China Girl (voiced by Joey King) who befriends Oz and his winged monkey pal on their adventure. To help the actors interact with the CG-created entity, Raimi brought in acclaimed puppeteer Phillip Huber (Being John Malkovich) to introduce the character as a marionette on the set. Huber wore a blue suit and interacted with the other characters on the set so that the artists at ImageWorks could use the marionette as a reference to animate China Girl as a digital character.

“We weren’t really prepared for what he was going to bring to this role,” says the film’s animation supervisor Troy Saliba. “He was able to offer such tremendous reference and provide us with a lot of language that we couldn’t make up as animators. Her mannerisms, her innocence and childlike precociousness—armed with those references and the wonderful voice acting of Joey King, we were able to come up with a character that has real depth and a unique quality.”

“Everyone was so impressed with the movement of the marionette, even though all it could do was move a few limbs and blink its eyes,” adds Stokdyk. “Phillip was able to capture an amazing performance even with those limitations.” 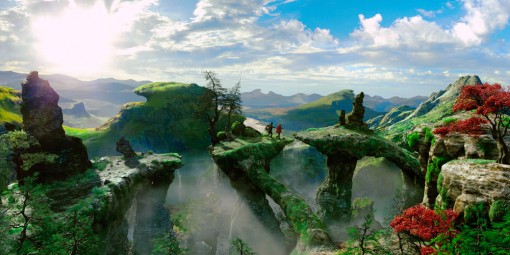 Another memorable digital performance belongs to Finley the Winged Monkey, Oz’s put-upon sidekick who is voiced by Braff. Just like China Girl, Finley’s overall look was based on drawings by production artist Michael Kutsche (Alice in Wonderland, John Carter).

“We actually shot some reference footage with Crystal, the famous female capuchin monkey from The Hangover II movie,” says Stokdyk. “Our monkey had to be incredibly expressive: We had to get instant reads on his face. Capuchin monkeys have this great facial structure and they don’t have lots of hair, so you get a great read on their foreheads and wrinkles. In contrast to China Girl, who has a hard surface, Finley involved a lot of texture, hair combing, grooming and lighting. So it was a longer, more involved process. We had to inject a lot of human elements to his performance.”

To aid them with the task, the artists at Imageworks used some excellent footage of Braff interacting with Franco to help them create the digital monkey. When the actor wasn’t able to be on the set, they used a “puppet cam,” which was simply a monitor and a camera on a stick, manipulated by a puppeteer. 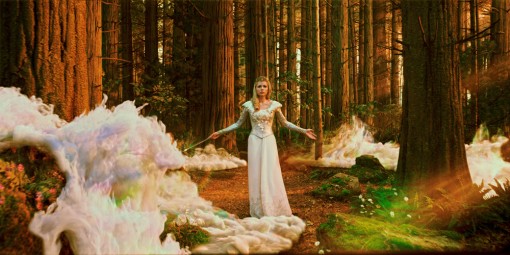 “We had a two-way video conference that was puppeteered,” notes Saliba. “Zach would be in a booth offstage and James Franco would react to his adlibs on the monitor. This definitely resulted in a more vibrant performance.”

The vfx team at Sony Imageworks relied on the latest versions of the studio’s proprietary software. The core animation and modeling tools are based on Maya, on top of additional plug-ins and software. The team uses Katana for lighting, Nuke for compositing and Arnold for rendering.

“We have a standardized lighting pipeline,” notes Stokdyk. “Imageworks has got into this great groove, where lighting is not a technical challenge anymore; it’s more of an artistic challenge. Most of our work is setting up the characters.” 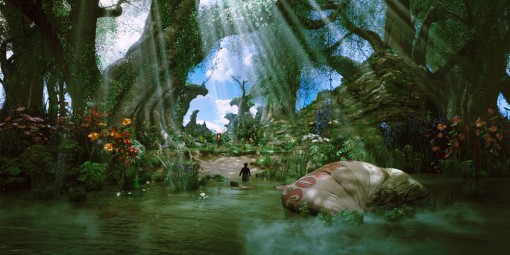 When asked about his favorite moments of the movie, Stokdyk singles out a magical scene in which Glynda helps transports China Girl and Oz to her kingdom in her famous bubbles as they’re chased by a herd of angry flying baboons.

“That scene almost didn’t happen in the movie,” he recalls. “There was some discussion whether it would fit in the whole thing. But I really pushed hard for it. I love the flight over this exotic landscape, the subtlety of the interaction with the iridescent soap bubbles and the way the CG characters were featured in a special way. We also get to showcase the digital environment. It almost becomes a ride film as we fly through this amazing world, and you experience Oz the way characters on the screen are experiencing it, especially when you see it in 3-D.”

Oz the Great and Powerful is playing in theaters around the world. The film claimed the third strongest March opening in history with $80.3 million in the U.S. and $150.2 million worldwide. Disney has a sequel already in the works. 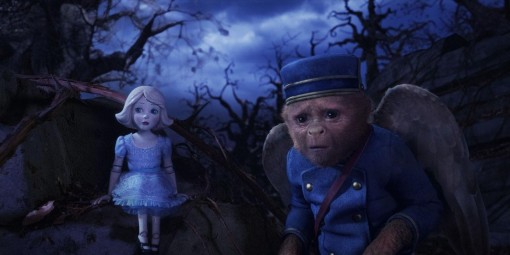 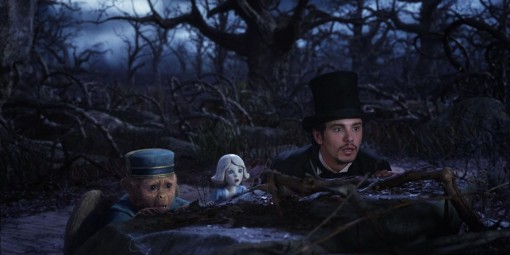 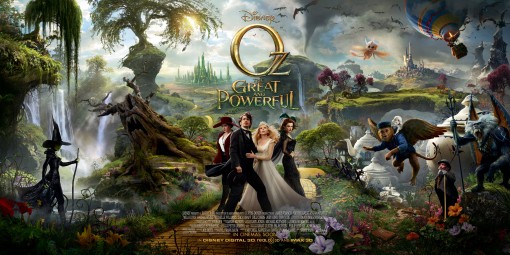