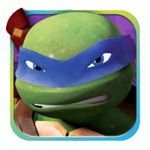 Today Nickelodeon has unveiled a new way for kids on the go to sharpen their ninja skills with the release of Teenage Mutant Ninja Turtles: Rooftop Run, the network’s first worldwide mobile app–available in over 150 countries and in eight languages. The endless runner combat game allows players to join Leonardo, Raphael, Donatello and Michelangelo as they run, jump and fight their way across the rooftops of New York to save the city from the invading Kraang. The iOS app, available for iPhone, iPad and iPod Touch, features full 3D characters and environments based on the CG series and is available now for $1.99.

In Rooftop Run, players assume the role of their favorite Turtle as they outrun the Kraang’s tractor beam, battling enemies from the Kraang, Foot Clan and Dimension X with Ninjutsu combat along the way. Defeated enemies yield coins, which can be redeemed for power-ups, weapons and gear. Collecting energy orbs fills the player’s Energy Meter (and keeps Kraang at bay)–once the meter is full, players enter a special “Turtle Time” combat mode, where game play is zoomed in and slowed down, and players must tap in rapid succession to strike multiple enemies simultaneously.

Enhancing the gameplay is the option to visit the Turtle lair to unlock characters, purchase power ups and upgrade weapons and gear (with options like Cyber and Stealth wear, or gadgets and boosts like Laserbot and Turtle Saver), which might come in handy in the boss battles. These can be purchased with game coins or an iTunes account. New gear influences coin collection rates, energy meter drainage and refills, builds players resistance to certain obstacles and enables them to fast-forward to any section of the game already played to earn additional coins. Players can also unlock and play as the canine villain Dogpound and earn rewards from the Pizza Time mini-game.

The game is available in English, Dutch, French, German, Italian, Portuguese and Spanish for Latin America and Spain. Teenage Mutant Ninja Turtles airs on Nickelodeon Friday nights at 7 p.m. ET/PT and Saturday mornings at 11 a.m. ET/PT. For more on the app, visit www.tmntrooftoprun.com. 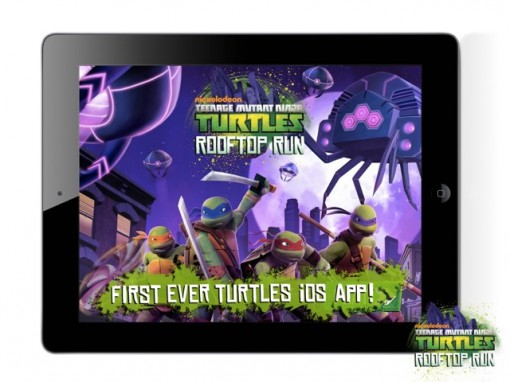 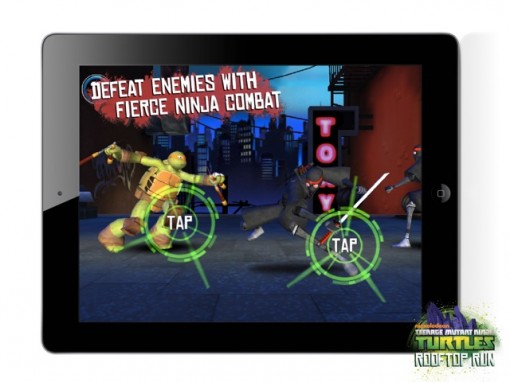 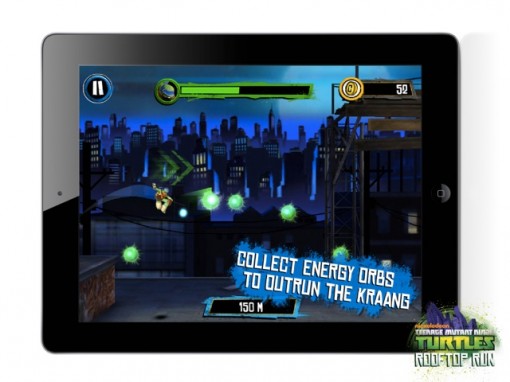