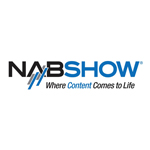 + VFX and CG software developer The Foundry is showing off the latest versions of its digital toolset at NAB this year.

Additionally, the company has announced that since its merger with Luxology the company will be known only as The Foundry. Among the new software developments:

Assist for NukeX: Gives users with up-to-date maintenance the opportunity to take advantage of, effectively, two comped Nuke licenses with a cut down yet utile feature-set. Enables facilities to allocate tasks (paint, roto, 2D tracking, planer tracking) to additional artists using the Assist licenses in the Nuke environment during ramp-ups or crunch times, or just to farm out everyday tasks.

Ftrack Collaboration: Foundry and ftrack are joining force to introduce a next gen, ease-of-use workflow between ftrack and Hiero—allowing Hiero customers to benefit from a modern asset/production management system. Hiero will still be compatible with other products but will be prepackaged with ftrack integration. Initial results can be seen with ftrackreview, soon available to Hiero and HieroPlayer customers—ftrackreview provides shot-review functionality both in applications and in a browser. Further integration will be implemented in a later release.

+ Full-service production house The Creative-Cartel has unveiled their new workflow software Joust at the show in Vegas. Joust was previously only available internally, and was most recently used on M. Night Shyamalan’s upcoming sci-fi flick After Earth. Joust is now available for all TV and film producers—Creative-Cartel CEO Jenny Fulle will be conducting demos on the show floor at the JMR Electronics booth #SL10124. The tool streamlines the management of digital workflow, saving productions money on costly processes like vfx pulls and conform, while bringing efficiency to the production process.

Joust is designed to automate and put control of all digital and metadata in the hands of production where it can be accessed and utilized quickly. The program acts as a repository for all digital and metadata during principal photography (including data wrangling, script and camera notes and color information), then becomes a powerful production/post-production tool with features including dailies and vendor review submissions. Plus, editorial features allow for plate pulls and transcoding to ensure swift delivery to vendors. Joust also allows production to do a partial conform; either as a rolling conform throughout the show or when turning over reels for final DI. (joustco.com)

+ NewTek has announced the expansion of the NewTek Developer Network, a growing group of companies tasked with creating workflows for NewTek customers. The Network, which already includes Avid and Chyron, offers customers an extended set of products that work directly with TriCaster to provide solutions and support for live production. The Network includes companies in several different categories – streaming, graphics, content, controllers – which together with TriCaster, offer NewTek customers unprecedented options for live streaming and production.